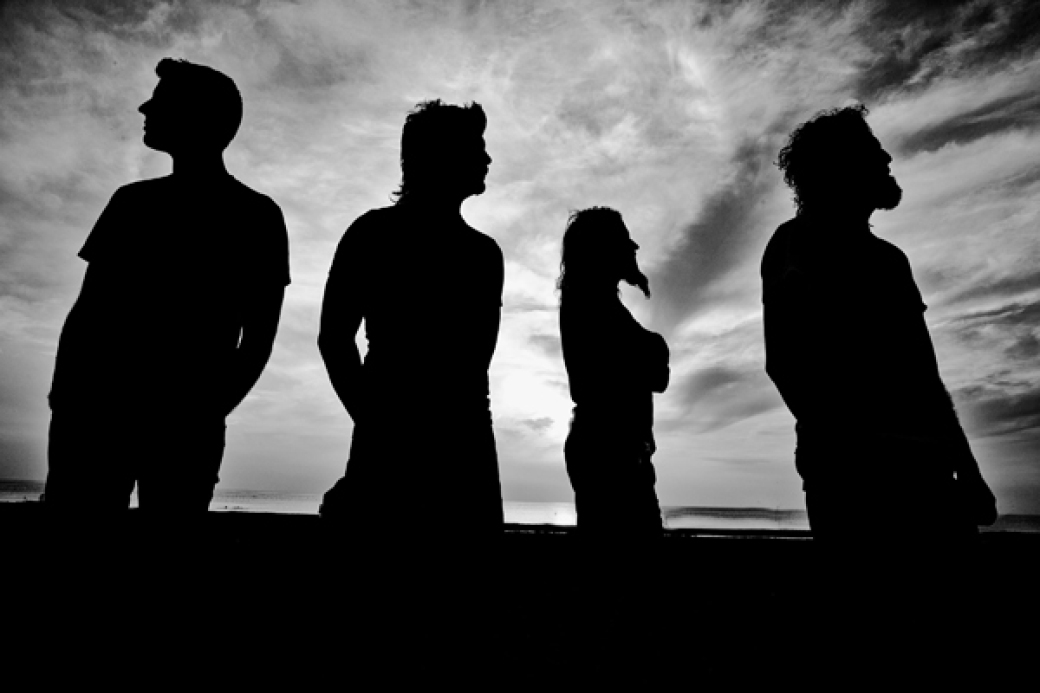 Photo credit: Cindy Frey
SAVING GRACE: "Getting nominated for a Grammy was never on anyone's mind when we were in the room writing songs, but it feels really, really good."
By Chad Radford Thursday January 5, 2012 04:00 AM EST

Who better to wield the soundtrack for mankind's last days as the Mayan calendar winds down than Atlanta's very own metal mashers Mastodon? Last year the group set the wheels in motion with its fifth proper full-length, The Hunter, an album that debuted at No. 10 on the Billboard 200 in September, achieving greater commercial success than any of its previous releases. The secret weapon? "Curl of the Burl." The album's first single captured a snapshot of a leaner, meaner Mastodon, shedding the heavy-handed conceptual drive of its prior albums to focus on the art of timeless pop songwriting without losing its bite.

In 2012, the word on everyone's lips is "Grammy." "Curl of the Burl" has been nominated for Best Hard Rock/Metal Performance, but it's not a sure thing. Over the last year the song has steadily crept up Mediabase's American Rock Chart, gaining radio airplay around the country. At press time the song was hovering around No. 15 — a dubious honor amid a laundry list of cheese rock singles such as Nickelback's "Bottoms Up," Avenged Sevenfold's "Buried Alive," and Korn's dubstep abomination "Narcissistic Cannibal," featuring Skrillex. Amid such company, Mastodon's "Curl of the Burl" is a godsend; nay, it is American rock radio's saving grace. As the adage goes, you can do more damage from the inside. And as the only band in namby-pamby radio land whose bark is as vicious as its bite, Mastodon stands head and shoulders above the rest, Grammy or not.

"Getting nominated for a Grammy was never on anyone's mind when we were in the room writing songs or when we were recording them," says drummer Brann Dailor, "but it feels really, really good."

"Curl of the Burl" isn't Mastodon's first Grammy nod. In 2006, the single "Colony of Birchmen" from the album Blood Mountain was nominated in the same category, but Mastodon had to bow down to the almighty Slayer. This year, the group has stronger legs on which to stand, and the competition is weak for the most part. Dream Theater, Megadeth, Sum 41 (who knew that band still existed?), and the Foo Fighters are all in the running as well. Of these contenders, the Foo Fighters are the only plausible threat. But following the release of an album as stellar as The Hunter, Mastodon is the dark horse in the race, poised to gain a stronger foothold in pop culture's collective psyche.

Mastodon's infernal roar has always been guided by complex time signature changes, heavy riffs, and perplexing story lines that weave together loose and abstract bits of narrative as each album unfolds. The songs eluded mass appeal with the dark retelling of Moby-Dick that lays at the heart of Leviathan (2004); or the various layers of out-of-body experiences, wormholes, and return to the days of Rasputin's death that came to a head with Crack the Skye (2009).

Releasing a cover of ZZ Top's "Just Got Paid" on last year's Transformers: Dark of the Moon soundtrack helped. But with "Curl of the Burl," the group challenged itself by setting its sights on a larger audience while toning down its third-dimension obsession to focus on hooks. "When me and Brent Hinds went to the practice space to start writing the songs that would become The Hunter, he said, 'Do we have to make another insane, twisted concept album?'" Dailor recalls. "We talked about it and ultimately said we can do whatever we want to do with this record. So we just started playing and let the songs grow organically on their own."

As if driven by unseen hands, "Curl of the Burl" seemed to write itself. "We knew it was catchy when we wrote it," Dailor says.

The rest of the album followed its lead, and when sharing ideas later with producer Mike Elizondo — whose credits include co-writing such crossover hits as Eminem's "The Real Slim Shady," 50 Cent's "In Da Club," and co-production for Dr. Dre, Fiona Apple, and Jay-Z — the album took on a life of its own.

And there's no rest for the wicked. This month Mastodon skips across the pond for a string of European dates before flying to the Staples Center in Los Angeles for the Grammy Awards ceremony on Feb. 12. After that, it's back overseas for more shows in Australia, China, and a full U.S. tour, followed by a European festival tour. At a time when most bands would consider kicking back and resting on last year's laurels, Mastodon is roaming the earth, leaving a sizable carbon footprint on pop consciousness.