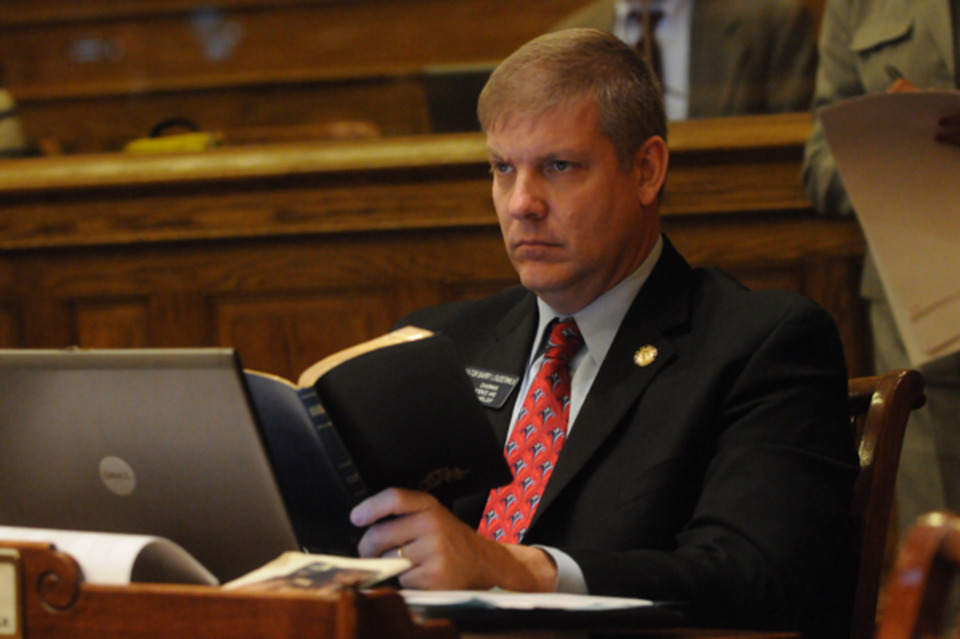 Photo credit:
More guns: Georgia Congressman Barry Loudermilk, who was at the ball practice yesterday when an Illinois man started shooting, suggested fewer people would have been injured if he'd been allowed to carry his handgun. The Republican has a concealed carry license in Georgia and thinks we need to look at firearm reciprocity laws. Parking comes with a lot of headaches beyond trying to squeeze between two big-ass vehicles. That's why the City announced yesterday the launch of a new street parking program that will bring some state-of-the-art meters (with an app!), a new way to dispute tickets and more.Good stuff: Local organizations like WonderRoot, the Atlanta Symphony Orchestra and Center for ArtsATL are getting an infusion of cash from National Endowment for the Arts. Georgia groups will see a total of $2.7 million in grants. But will they be convicted: Some unexpected charges of involuntary manslaughter came down yesterday against officials in Michigan, including the director of Michigan's Department of Health and Human Services, for their handling of the Flint water crisis.A new WashPo report says the president is being investigated for obstruction of justice by special counsel Robert Mueller. Trump tweeted this morning: "You are witnessing the single greatest WITCH HUNT in American political history - led by some very bad and conflicted people! #MAGA?۝