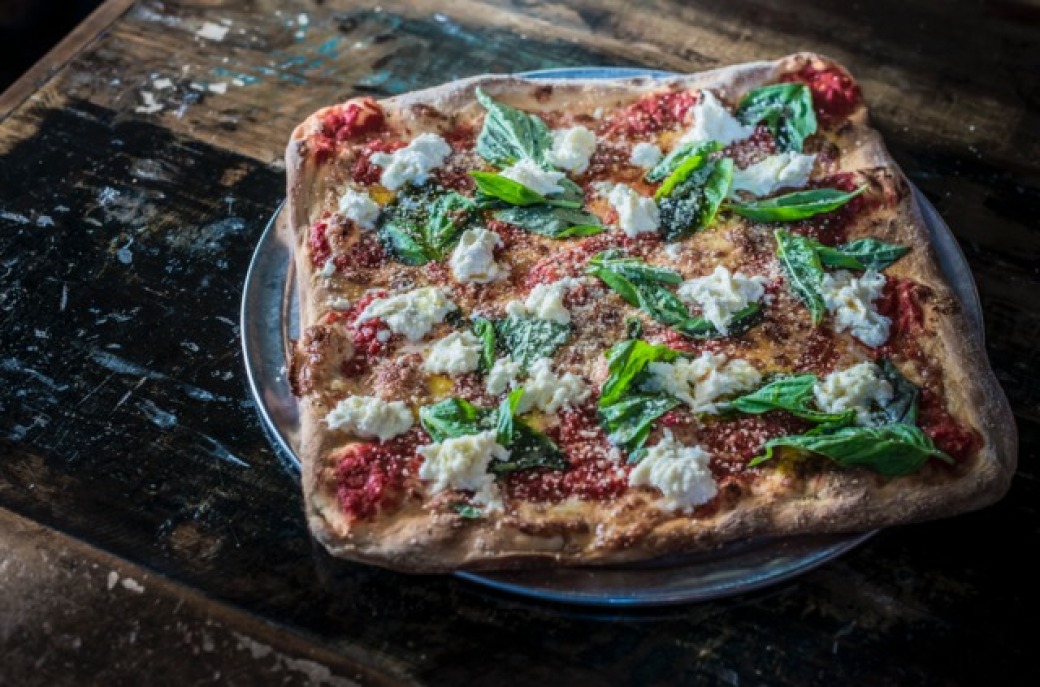 A collective cheer from our CL office could be heard when the chef behind O4W Pizza announced his return to Old Fourth Ward. Anthony Spina, who moved his popular pizza shop to Duluth last year, is teaming up with restaurateur Billy Streck (Hampton + Hudson, Cypress Street) on a new restaurant concept, coming to Auburn Avenue's Studioplex in mid 2018. The space facing the Beltline's Eastside Trail will also have a full bar and a menu including salads, sandwiches, pastas, and Spina's award-winning pizzas. We know it will be pretty, too, with Smith Hanes Studio working on the design. Grandma pies for everyone!

Atlanta's gettin' fancy. Phipps Plaza in Buckhead will soon be home to the latest iteration of chef Nobu Matsuhisa's famous sushi den, Nobu. The plaza will begin a major renovation and expansion project this summer, adding the restaurant along with a 150-room Nobu Hotel, a 12-story office tower, and a 90,000-square-foot Life Time Athletic fitness center in the old Belk's space.

The beautifully designed Grant Park Market, from the folks that brought you the beloved Candler Park Market, is now open at Larkin on Memorial with shelves and fridges full of natural and organic groceries and a deli for fresh-made sammies.

Owners of two Caribou Coffee locations at the airport are stepping into the local coffee game. Owner Jamshid Panahi and managers Jose Delpino and Samantha Anderson are opening Perks Coffee at 3000 Windy Hill Rd. SE on Tues., Nov. 28. They have collaborated with Rev Coffee Roasters to create special blends. Hang out on opening day to try some free coffee and other samples.

Sister restaurant to El Mexicano, Patria Cocina will open at the Beacon along the Beltline in Grant Park. The new spot promises Mexican food that's "authentic with a modern touch" and joins the fabulous Third Street Goods neighborhood market, which we have loved since its Kickstarter idea arose.

Soccer and football fans have a new food option near Mercedes-Benz Stadium. Restaurant 10 is opening their BBQ spot this December next door to the stadium. Besides smoked ribs, they promise food that is "quick, fast, delicious, and life-changing," per their Instagram account.

State-of-the-art dine-in movie theater Studio Movie Grill opened in Marietta this week. The 49,000 square feet of space holds 11 dine-in theaters with full service bars and American grill menus served to patrons via call buttons from their leather recliners. And, we have a deal for you. Visit their website for $3 tickets from now until Dec. 6 using the code SMGMARIETTA. Valid for online ticket purchase only.

Treat yo' self like a king! Ray's on the River (6700 Powers Ferry Rd. NW) is offering some fancy cognac for connoisseurs, but only through the holiday season. Pull out your velvet jacket to sip Louis XIII Cognac in half-ounce. ($90), 1-ounce ($180), and 1.5-ounce ($270) pours, Instagram the heck out of it, and tag us so we can live vicariously through your luxury.

Do you like football and beer? Taco Mac is offering $5 pints all day Monday, Nov. 20. Make sure you check your receipts. From tomorrow, Nov. 18 through Nov. 24, there will be secret URLs on the bottom of each for entry to win one of four sets of tickets to the SEC Championship. Winner will be announced Nov. 27. These promotions exclude the Woodstock, Marietta, Stockbridge, and Phillips Arena Taco Macs.

We'll let you in on a secret. If you subscribe to ASW Distillery's newsletter at aswdistillery.com, an email voucher for a free Old Fashioned (or two samples of straight-up hooch) will magically appear in your inbox. This Saturday would be a great time to redeem as the distillery will be releasing "Ameireaganach." This hard to say (it's something like "americanshcshchscsh"), a Speyside-like single malt that has a touch of the peat and is smoother than we are pronouncing the name. Spotted Trotter will be there with burgers and dogs from 12-5 p.m., and the first 50 bottles will be signed by elusive but dynamic head distiller Justin Manglitz.