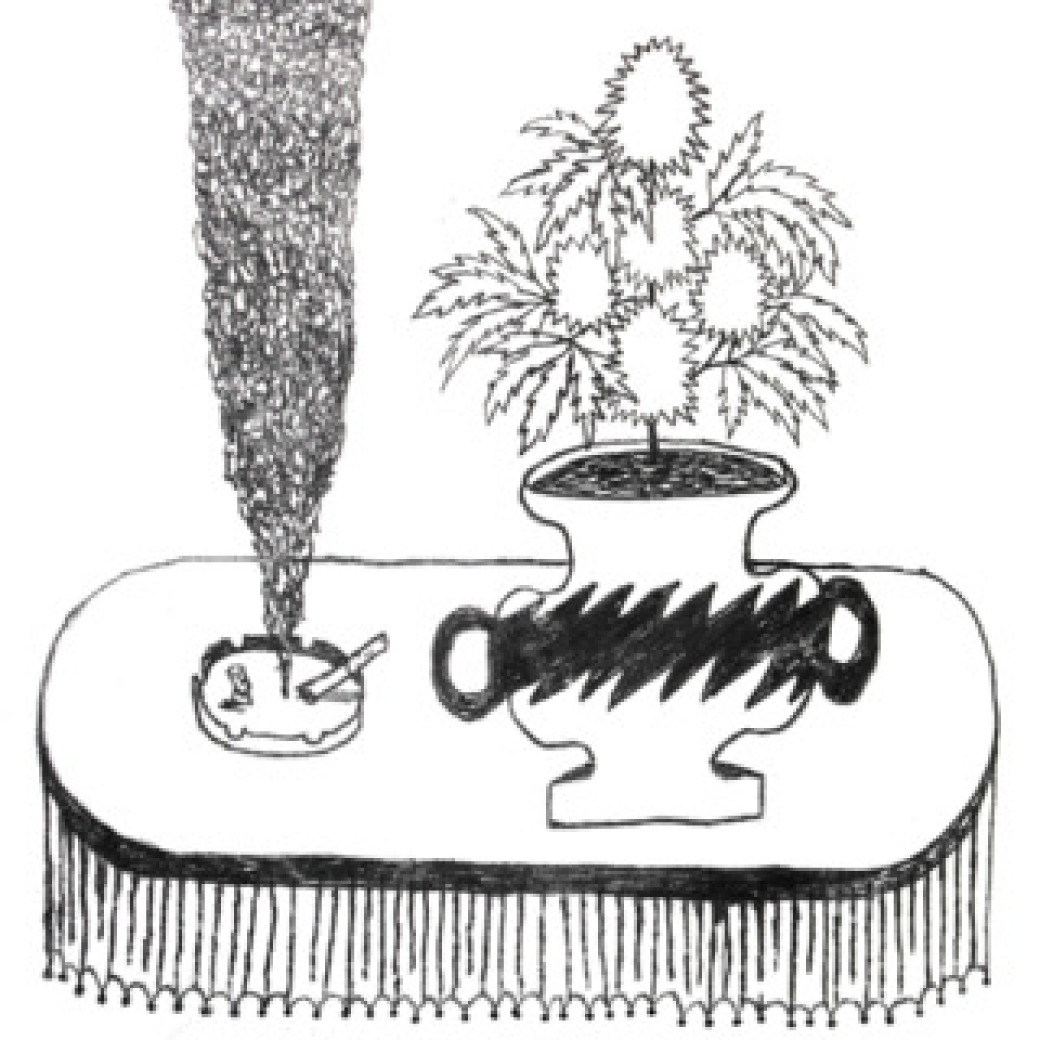 Continuing in the experimental realms of avant-garde and art rock, Jock Gang is more of an ongoing art project than a band. Rather than writing songs to be set in stone for performances, Jock Gang stays open to change and expansion through constant improvisation that allows room for interpretation within a set motif. Having endured multiple lineup changes since its formation in 2015, Jock Gang has found its strongest incarnation with Jared Collins on vocals/guitar, Kimberly Collins on bass, Hayes Hoey (In Bath, ex-Slang) on guitar and Gavin Caffrey Perez-Canto (Fishmonger) on drums. The group's second EP, Cool (out Aug. 25 via Noun Factory), rejects conventional songwriting and sets out on a trip that's pleasure bound at first, but takes a harsh turn with discordant guitars, moody bass and clamoring percussion.

Intro "Slow Mesa" sounds like a slew of kaleidoscopic wind chimes that swell into "Mere Image," upbeat with Jared's perky vocals leading a tapestry of backup harmonies and guitar melodies. The lightness of the song is contrasted with a heavy, foreboding bass as it holds anchor among cheerily irreverent riffs and shimmering percussion. "Coke Wall" follows in a seemingly feel-good innocence before abruptly jolting mid-track into the trashy and hollow senses one might feel coming down from a heavy cocaine binge.

"Untitled" intervenes with random vocal outbursts and deconstructed riffs, setting up the taut musical themes for "Alma." In the group's single, Jared's vocals are detached and apathetic, while guitar bits are strewn throughout evoking flares of emotion only to wither away back into repression. Using only a built-in overdrive and reverb in a Fender amp, Jock Gang's refracting riffs and raucous twangs come off loud with little to hide behind. The group indulges in its peak dissonance in "Long Boy," a catastrophic din full of rackety guitars and clattering drums. The title track settles into a nearly seven-minute finalized state of restlessness in an eerie calm comprised of subtle feedback and distant noise where vocals and percussion are set aside. Cool might as well mean "stoic" as the group's trippy excursions follow a compositional approach that is elevated beyond entertainment through artistic expression, immersing listeners in an introspective experience while remaining aloof from overwhelming emotive devices. ★★★☆☆