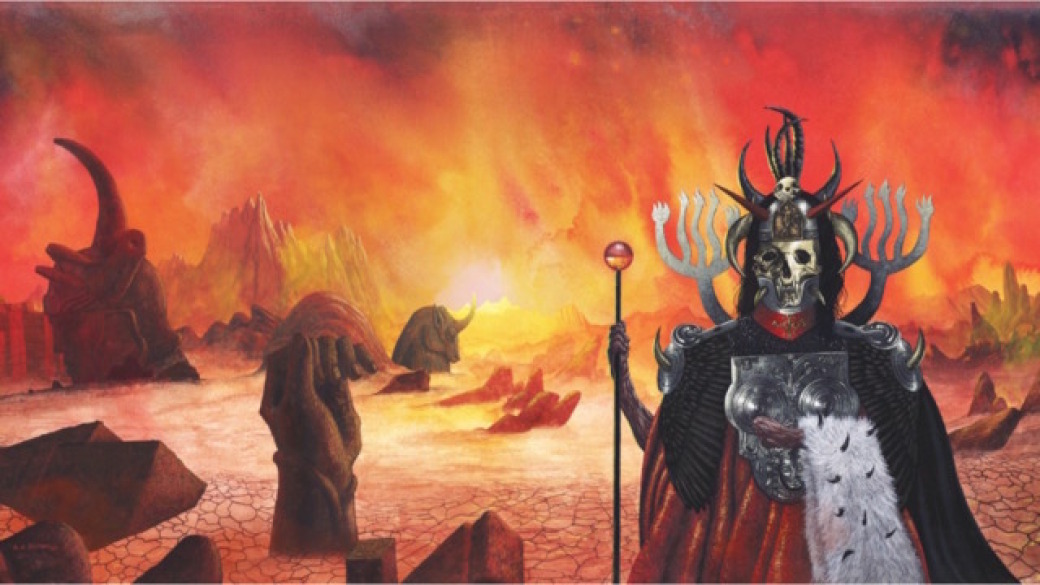 
10. Uniform | No Trending (State Laughter/Scavenger of Death)
Experimental punk outfit Uniform’s debut LP No Trending is a refined, melancholy survey of a modern world where smart technology and social media interspaces with the synapses of the human mind ushering in a subtle next wave of evolution. In songs such as “Altar State,” Crystal World,” and “Memory Form,” singer, guitarist, and Uniform mastermind Josh Feigert leads drummer Bobby Michaud, guitarists Andrew Wiggins and Bryan Scherer, and bass player Louise Laverne away from the group’s earlier, more aggressive leanings. The album’s dreary anthemic qualities underscore the crashing rhythms of “Bored Voyeur” and “Euphoric State.” Singing free of any perceptible post-production treatments, Feigert’s barreling and sympathetic voice brings compelling human character to the album’s dystopian themes — embracing the fact that, like it or not, humans are cyborgs now. It’s an unconscious movement, sublime by design, and now part of life. Wiggins, Sherer, and Feigert pull off fierce and yearning guitar solos that move at an unnaturally measured pace — slow, but driven by enough momentum to fall under the punk banner. It’s an absolute treat when a band brings punk into a modern context. No Trending is a vital album for Atlanta circa 2017, an angst-ridden lullaby for the new Dark Age that technology has ushered in. Play it loud. — Chad Radford

9. Faye Webster | Self-titled (Awful Records)
Awful Records’ resident guitarist and folk-inflected pop darling, Faye Webster, sidesteps the clichés of young singer-songwriters by blending the blunt storytelling aspects of street-hardened hip-hop with her airy voice and steel-stringed guitar melodies. Webster’s self-titled sophomore CD maneuvers coming-of-age obstacles such as isolation and insecurity on lead single “She Won’t Go Away” and “Alone Again,” and expired relationships on “Say It Now.” With “It Doesn’t Work Like That,” the genre-bending wunderkind mourns the trading of her favorite Atlanta Braves pitcher, and discusses her grandmother’s memory loss, all with skillful brevity that carries Atlanta hip-hop and dreamy songwriting to inventive new places. — Kristy Guilbault

8. EarthGang | Rags EP (Spillage Village)Jazzy instrumentals and intricate rhyme patterns make this release from the Spillage Village representatives stand apart from the new coterie of Atlanta hip-hop artists. Whereas SoundCloud has generated an affinity for post-structure, EarthGang embodies the creative space that still exists within the genre’s constructs. “Nowhere Fast,” shows a vulnerability that few are able or willing to articulate. Regarding a call with his father, Venus raps, “I hope he picking up the love inside my inflections, cause lately life done got my spirit on a bench press.” Likewise Venus, likewise.
— Montana Samuels

7. Cloak | To Venomous Depths (Season Of Mist)
Blackened metal gets a rock ‘n’ roll makeover on Cloak’s first proper full-length, To Venomous Depths. Rare is the metal group that can balance extreme, white-hot guitar riffs and growling vocals with equally extreme subtly. Songs such as “The Hunger,” “Beyond the Veil,” and “Deep Red” are cut from guitar noise, yearning ambiance, and imagery that reaches into existential darkness to bring back feelings of melancholy and nostalgia. It’s an impressive feat for a debut album that’s steeped in so many layers, rhythms, and fugue-like bouts of rich symphonic strings that new dimensions are revealed with each new listen. — CR

6. Mattiel | Self-titled (Burger Records)
Mattiel Brown’s self-titled debut album is a multidimensional collection of songs that find the Georgia native and songwriter collaborating with producers and bandmates Randy Michael and Jonah Swilley of InCrowd Songs. The album’s lead single and opening salvo, “Whites Of Their Eyes,” is a bluesy number driven by marshall drumming and a subdued passion for the music. Brown utilizes the subtle nuances of her voice on the record, and her delivery on “Count Your Blessings” recalls Nancy Sinatra and Lee Hazlewood’s late ’60s chemistry and heart-swelling ‘60s pop ambiance. Each of the album’s 11 songs is a homerun stacked with blues, folk, and garage rock influences that recall images of Motown and Stax Records’ dusty grooves. Brown’s strongest asset is her powerful, soulful voice. Here, projecting her lone presence and sincere reckoning over a choir of classic girl group abandon, horns, and big, revelatory rhythms lands on a truly transcendent musical experience. — Aja Arnold


5. J.I.D | The Never Story (Dreamville Records)
Debut albums are often difficult to quantify, but sometimes they create unbreakable expectations. Meek Mill’s Dreams and Nightmares or Kendrick Lamar’s Good Kid M.A.A.D City come to mind. With The Never Story J.I.D creates that same level of expectation. It’s not just bars, if expectations were formed simply off rapping well, we’d still be talking about Papoose. Rather, J.I.D raps well enough to keep up with or to better his contemporaries while supplying melodies that are all his own (see “Hoodbooger”). — MS

4. Omni | Multi-Task (Trouble In Mind)
With Multi-task, the second coming of new wave/post-punk trio Omni, everything is bigger, every rhythm, melody, and dusty groove is placed in meticulous order. Multi-Task whittles down the clutter to hone in on simple, compelling riffs that hammer in an irreverence, riffs that give as much of a nod to Gary Numan’s robotic stiffness circa The Pleasure Principle (sans electronics) as they do to Gang of Four’s post-punk funk, circa Entertainment And while romanticizing the aesthetics of 1979 is quaint, in songs such as “Equestrian,” “Date Night,” and “After Dinner,” singer/bass player Philip Frobos’ subdued voice, Frankie Broyles wiry guitar lines, and drummer Doug Bleichner’s measured beats raise the bar high for the deliberate lo-fi aesthetics of 2017. — AA

3. 21 Savage | Issa Album (Slaughter Gang/Epic)
In the early days of 21 Savage’s rap career he was defined by accounts of stoic violence and a sense of uninhibited ruthlessness. Though the narrative remains that 21 is cut from the same cloth as his rap predecessors — a distant echo of the days in which realness outweighed nearly everything else — growth is what defined his debut full-length. Few expected the MC who once deadpanned “wet a nigga block and watch them niggas drown in it” on his breakout “Red Opps” to be hosting back to school drives and voicing displeasure with social injustice: “Police gunned his brother down, this shit too hard to handle/Loading up his chopper he gon’ show ‘em black lives matter,” from Issa’s “Nothing New.” — MS

2. 2 Chainz | Pretty Girls Like Trap (Def Jam)
With a marketing roll out that literally changed the landscape of Atlanta, making the Pink Trap House the most popular Atlanta attraction of 2017, 2 Chainz found himself with the daunting task of delivering a stellar project that lived up to the hype. The goal was certainly attained; the 16-track Pretty Girls Like Trap Music, featuring appearances from Gucci Mane and Monica to the Migos and Jhene Aiko, is yet another example of 2 Chainz’ unmatched ability to balance old and new, catering to fans in his age range and those who’ve never heard of Playaz Circle alike. — Tai Saint-Louis

1. Mastodon | Emperor of Sand (Warner Bros.)
Mastodon has transcended time, trends, band shake ups, a floundering music industry, and Grammy snubs, all the while crafting a singularly massive baroque metal roar. Emperor of Sand pulls off the Herculean task of revealing wholly new dimensions hidden within the group’s sound and songwriting dynamic — seven albums deep! For proof, look no further than “Show Yourself.” The album’s lead single offers an easy access point into a disarmingly strong batch of songs that find strength in drummer Brann Dailor stepping up his role as vocalist. The change in palette brought about one giant stomp the Atlanta metal behemoths evolution, fleshing out vivid new dimensions in Mastodon’s sound, and charging headlong into the future.
— CR