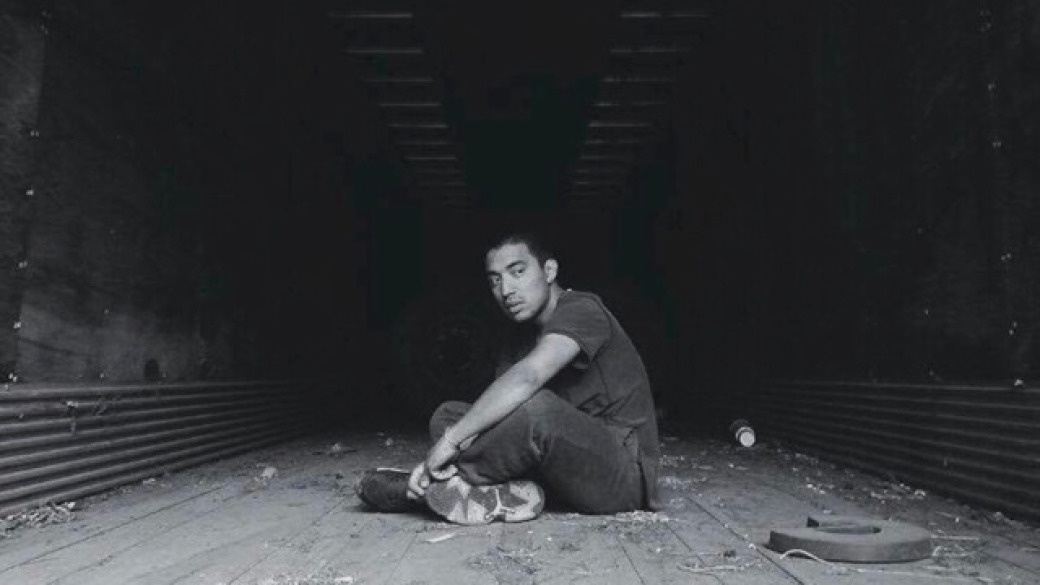 [http://deltamoon.bandcamp.com/album/cabbagetown|Cabbagetown by Delta Moon]
20. Delta Moon | Cabbagetown (Jumping Jack Records)
It seems like forever ago that bluesy swamp-rocking Delta Moon won 2003’s International Blues Challenge. The four-piece, led by guitarists Tom Gray and Mark Johnson, has doubled down on its sound by writing progressive Southern blues songs, best exemplified on Cabbagetown. The grooves are loose and nimble, setting the foundation for the quartet’s road-hardened approach in “Rock And Roll Girl,” taking on the life of a touring musician. The jazz-inflected “21st Century Man,” gets down and dirty, and the group explores its roots on a grinding cover of Son House’s “Death Letter.” — Hal Horowitz
[http://adrugcalledtradition.bandcamp.com/album/medicine-music|Medicine Music by A Drug Called Tradition]
Medicine Music by A Drug Called Tradition
19. A Drug Called Tradition | Medicine Music (Psych Army Intergalactic)
Following the dissolution of heavy psych outfit Abby GoGo in 2014, singer/guitarist Bon Allinson joined forces with drummer Puma Navarro and bass player Asha Lakra to form psychedelic shoegaze group A Drug Called Tradition. The group debuted its Medicine Music LP in late July and the album delivers, for all intents and purposes, a lethal dose of fuzzed-out reverb over steady grooves that balance soul, Southern rock, and mind-bending reverb and distortion. Medicine Music begins with “With You Miss You,” a mid-tempo, tremolo-fueled number with telltale washed out vocals. The album follows one man’s journey driving through the desert in a rundown minivan, chain-smoking Marlboro Reds as he loses sight of the world by delving into introspection. The album balances upbeat and somber tracks such as “Again and Again” and the piquing dislocation in “Depression Stone.” Medicine Music is full of hypnotic swagger and wanderlust that’s restrained only enough for listeners to join the trip, get lost in the outskirts, and maybe find themselves returning a little more at ease. — Aja Arnold

18. Black Lips | Satan’s Graffiti or God’s Art? (Vice Records)As the story goes, Black Lips’ singer, bass player Jared Swilley was driving through rural Georgia when he had to do a double-take after driving by a church sign sporting the words, “Will you be God’s art or Satan’s graffiti?” It’s a striking phrase that’s loaded with ham-fisted fire and brimstone. It also projects a mystical yin and yang quality that encapsulates an exciting new chapter for Black Lips. The album’s first single, “Can’t Hold On,” is a harbinger of change for the group. First, the shifting lineup: Guitarist Jack Hines is on board as a full-time member, replacing Ian St. Pé, who left the group after 2014’s Underneath the Rainbow. Drummer Joe Bradley has parted ways with Black Lips as well. In his stead, drummer Oakley Munson (formerly of Athens, Georgia, weird rockers Puddin’ Tang). Saxophone Zumi Rosow has also joined as a full-time Black Lip, leaving the most indelible mark on the group’s sound, bringing a dose of feminine energy and skronking and wailing sax to the mix. But the most shocking turn of events is a guest appearance by Yoko Ono, adding subtle vocal textures to “Can’t Hold On” — one of the perks of hiring Sean Lennon, son of the Beatles’ John Lennon, to record the album. Songs such as “Occidental Front,” “Crystal Night,” and “Can’t Hold On” push the group’s haunted garage rock sound into colorful new terrain, but Rosow’s sax is the star of the show, ushering in a much needed change of pace for the group. — Chad Radford

17. Eliot Bronson | James (Rock Ridge Music)
Creative Loafing’s 2014 Best of Atlanta Critics Pick for Best Songwriter, Eliot Bronson, returns after three years down for this short but sweet — eight-song, 30-minute — confirmation that his tunesmith talents continue to mature. Dave Cobb, Nashville’s go-to producer du jour for sincere Americana (Sturgill Simpson, Jason Isbell, Chris Stapleton) puts the pieces into place. But it’s Bronson’s heartfelt voice, folk and country-infused melodies, and romantic introspection on tunes like “The Mountain” that create effortlessly moving songs so warm it seems like you’ve heard them before. — HH
[http://victormariachi.bandcamp.com/album/weapons-of-our-ancestors|WEAPONS OF OUR ANCESTORS by Victor Mariachi & [izo]]
WEAPONS OF OUR ANCESTORS by Victor Mariachi & izo]
16. Victor Mariachi | Weapons Of Our Ancestors (Self-released)
Victor Mariachi’s proper debut album, Weapons Of Our Ancestors, builds on themes of how much smart technology and violence in modern America will negatively impact society’s future. Through songs such as “With A Vengeance (ft. Blaze),” “The Cycle,” and “No Escape,” Mariachi’s snarling rhymes tell the story of a day in the life of an immigrant trying make his way through a dystopian landscape. — CR
[http://chunklet.bandcamp.com/album/mg-vs-iq|MG VS IQ by Material Girls]
MG VS IQ by Material Girls
15. Material Girls | MG Vs. IQ (Chunklet/Irrelevant)
Before the cabaret-punk six-piece Material Girls debuted with the MG vs IQ EP, the group had become quite the sensation on East Atlanta stages, while remaining willfully obscure on the internet. Since MG vs IQ arrived, Material Girls have tantalized and confronted audiences with on-stage theatrics and drag performances that set the stage on fire with a post-punk assault on the senses. Songs such as “Drained,” Tightrope,” and “I Just Wanna Fall In Love With Myself” show off blaring horns, nervous organ lines, bongos, guitar, and bass rounded out by Ben Presley’s gravelly-smooth voice. The result is a short, sharp collection of gloriously raw glam punk numbers that are as catchy as they are audacious. — AA
[http://clavvs.bandcamp.com/album/world-underwater|World Underwater by CLAVVS]
World Underwater by CLAVVS
14. CLAVVS | World Underwater (Self-released)
Every summer needs poolside jams, and hypnotic electronic duo CLAVVS provides. With World Underwater, collaborators Amber Reneé and Graham Marsh create lush new worlds with their soundscapes, inviting listeners to drift away through the long hot days ahead. Slip on a swimsuit and queue up the banger “Bloom” to feel like the aquatic queen (or king) of the sirens. These danceable, atmospheric songs will stay on playlists well into the coming year. — MM

13. Goldyard | FUCKCULTURE III (Black 17 Media)
Fuck Culture III is Goldyard’s literal “FUCK YOU” to just about everyone. The cover art alone – courtesy of FRKO – is arguably the best of any album of 2017, period. The trio, which includes MCs In-Doe and A.T., along with producer Flick James, go the anthemic route on their third offering, taking on a tone that finds its storytellers coming off like most Americans pissed off with the current state of affairs. Whether they were celebrating the successes (“W’s”), playing the bad guys (“Pusha Man”), or getting lyrically pensive (“Naomi”) the G’yard gang got back to their winning ways. — Gavin Godfrey
[http://faunandapanflute.bandcamp.com/album/2014-2016-2|2014-2016 by Faun and a Pan Flute]
2014-2016 by Faun and a Pan Flute
12. Faun and A Pan Flute | 2014​-​2016 (Self-released)
Faun and A Pan Flute’s second album, simply titled 2014-2016, captures a peculiar energy amassing on the cusp of major transition. The group was living at the moment just before a flashpoint, aesthetically, stylistically and personally, which translates to a greater sense of chemistry than anything Faun has displayed on record before. The album arrives as a natural conclusion to a chapter in Faun’s impressionistic jazz, rock, and modern classical music hybrids. It also sets up a pivotal next move to step off the diving board and plunge deeper into the musical vocabulary the group has created. And it is a singular language that’s growing more complex. Nothing is frivolously rendered here. But the focus on the personal strengthens the group’s hive mind as well. There’s an elevated level of collaborative intuition taking place, and that’s where Faun and A Pan Flute hits full stride. — CR
[http://geographicnorth.bandcamp.com/album/lifetime-of-love|Lifetime of Love by Moon Diagrams]
Lifetime of Love by Moon Diagrams
11. Moon Diagrams | Lifetime of Love (Geographic North)Deerhunter co-founder and drummer Moses Archuleta has been crafting sophisticated, ethereal pop for roughly a decade. Lifetime of Love, the debut album under his Moon Diagrams moniker, is a collection of recordings made between 2007 and 2017. Songs such as “Blue Ring” offer hooky synth patterns alongside controlled twitches and spasms reminiscent of David Byrne and Brian Eno’s My Life in the Bush of Ghosts, and are at once lush and primitive. Though largely comprised of samples, synthesizers, and drum machines, Lifetime of Love feels steeped in humanity, the album’s pulsing beats and pop flourishes are touched with just enough grit to remind listeners of the many human hands required to give these sounds life. — Emily Maxwell