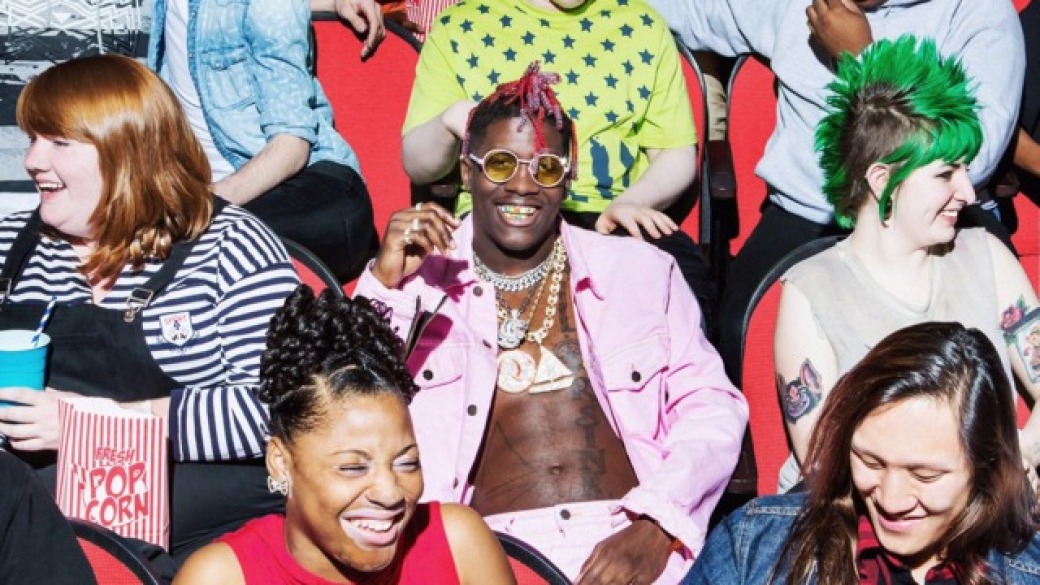 It has been an excellent year for Atlanta music. Over the months and weeks leading into the holiday season, CL’s music scribes subjected themselves to rigorous debate and critical ballyhoo to settle on this list of the city’s top 30 albums of 2017. Two of the titles we’ve selected are EPs, but their arrival sent tremors throughout the city’s nightlife scene — enough that we would be remiss not to include them here. So without further ado, here are numbers 30 through 21. Please dive in and give a listen to the music that’s kept our headphones buzzing and the office ambiance flowing all year long.

Be sure to check back tomorrow to find out who made the cut for numbers 20 through 11.

30. Manchester Orchestra | A Black Mile To the Surface (Loma Vista Recordings)
Singer and guitar player Andy Hull’s beloved alt-rock outfit has a history with continually switching gears, but on Manchester Orchestra’s fifth studio full-length, the group substitutes its signature cut-and-dry instrumentation for an opulent vision. Hull’s vocals glimmer during the a capella moments of “The Gold,” balanced by folky harmonization and delicately plucked guitar riffs, and howl on tracks like “The Mistake” and “The Moth.” The album’s distillation of acoustic balladry, sonic atmosphere, and post-hardcore strumming is bolstered by the nearly 12-minute combination of “The Alien” segueing into “The Sunshine,” and finally concluding its lush vision with “The Grocery.” It’s a dramatic album steeped in imagination, sure to reveal all new layers of depth with each listen. — Kristy Guilbault

29. Lil Yachty | Teenage Emotions (Quality Control Music, Capitol Records, and Motown)
It’s OK if you’re still trying to make sense of Lil Yachty, he doesn’t care. Before his debut album dropped, Yachty told Billboard, “I’ve found myself. I’m like the youth’s big brother now. I have to be that voice for them.” Despite hip-hop purists getting furious at every little thing the Atlanta artist says or does, Lil Boat has made it his mission to create for those tween masses who obsess over his maunder rap delivery (“Like A Star”), his pop leanings (“Forever Young”), and his unfiltered raunchiness (“Peek A Boo”),  like him or not. — Gavin Godfrey

28. Biters | The Future Ain’t What It Used to Be (Earache Records)
Biters’ members are true rock ’n’ roll road warriors, devoting all of their time together to spreading the good word everywhere, from far-flung European venues to this year’s KISS Kruise. The band somehow made time to write and record its strongest album to date with the fifth Biter, local producer Dan Dixon. The Future Ain’t What It Used To Be drops less than subtle references to the band’s glam, punk, and hard rock heroes while lamenting current rock’s poor bill of health. Songs such as “Vulture City” and “Stone Cold Love” might just restore your faith in this generation’s musical ambitions. — Bobby Moore

Youth Detention///(Nail My Feet Down To The Southside Of Town) by Lee Bains III & The Glory Fires
26.  Lee Bains III & Glory Fires | Youth Detention (Don Giovanni)
Former Dexateens member Lee Bains III, along with his band, the Glory Fires, returned this summer to release Youth Detention, a riotous meditation on life in the modern South. At once frenzied and contemplative, the album finds Bains and company marrying Skynyrd-style twang with breathless punk to electrifying ends. Lyrically, Youth Detention serves as a sort of time capsule, examining the complexity and discomfort associated with Southern heritage at the present moment. While Bains’ verbose anthems are ones of fury and exasperation, they also function as joyous and snide “Dear John” letters to the old guard. — Emily Maxwell

In The Tides of Time by LONER
25. LONER | In the Tides of Time (Self-released)
From the very beginning, In the Tides of Time was intended as more of a snapshot of a living organism than a simple collection of songs. LONER is the same band that turned its release party into an interstellar murder mystery, so it’s not surprising that even the recording process was an experiment in pushing the limits of collaboration and pop music. Throughout the resulting tracks, Joshua Loner and company were able to capture the chaos of existence and translate it into wandering saxophone solos, racing flute melodies, and esoteric poetry that delights and inspires. — Russell Rockwell

Hurt Plaza by Pamela_ and her sons
24. Pamela_ and her sons | Hurt Plaza (CGI)
After a few years of captivating audiences with her electrifying live performances, Pamela_ and her sons, aka Alessandra Hoshor of dance duo BIG DED, released her first studio full-length. Named after a street in Downtown Atlanta and a silk tapestry she designed in 2015, Hurt Plaza is an inexplicable collection of techno-inspired cuts and experimental electronics, with Hoshor’s deliberately unintelligible vocals providing surreal textures, as heard on the album’s highlight, “Sad Laugh.” It’s a self-aware enigma, balancing subtlety and terror. — Ben Braunstein

22. Bret Busch | Pills Lace & Confetti (Self-released)If a sign that reads “Atlanta music royalty” should be hung around anyone’s neck, it’s Bret Busch. Whether fronting the city’s favorite Smiths tribute act Smithsonian, or sharing time in the studio with Janelle Monáe’s house band and the Rock*A*Teens’ Chris Lopez, Busch exudes all class, all the time. Pills Lace & Confetti is a radiant pop masterpiece — simple by design and complex in its range of emotional depth, wrapped in lush, melodic pop. — Chad Radford

12" by Pallas
21. Pallas | 12” (Drop Medium)
Though Pallas’ debut features only seven songs ranging anywhere from one to two minutes-long, it leaves this short-lived band well-remembered. Known as an exceptional live band for over a year before the record’s arrival, Pallas translated the feeling of the group’s live performances to the record perfectly, with each member’s styling so unique that listeners can almost visualize the group playing while the record spins. Each song perfectly blends elements of post-punk, noise, art-rock, and no wave to create a one-of-a-kind sound that’s smooth and melodic, then chaotic, then smooth again. How did they pull that off? — Spencer Korchan