with love, we resist' channels social injustice into an evening of fiery avant-garde music 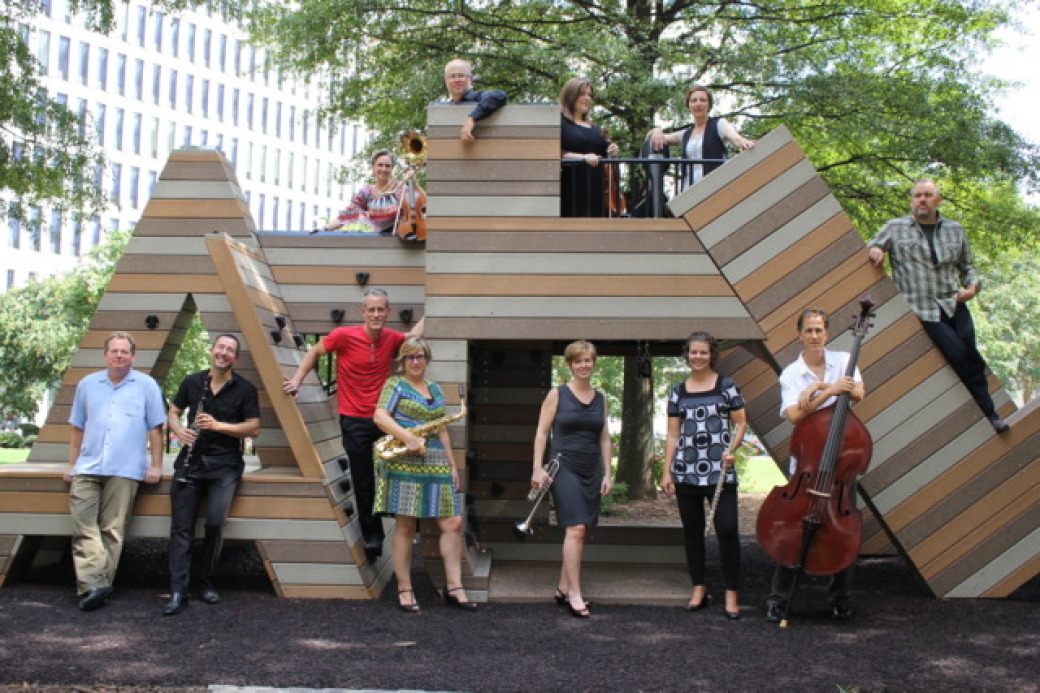 "We are a nation polarized, a society reeling," Jan Baker and Stuart Gerber declare in the introduction to Bent Frequency's "with love, we resist," a program of contemporary chamber music focused on overcoming the climate of injustice permeating American culture in 2017.

Baker and Gerber are the artistic directors of Atlanta's new music ensemble Bent Frequency. The five compositions they have selected to perform as part of "with love, we resist," confront subjects ranging from gun violence and social inequality to climate change and presidential accountability. Tonight (Sat., Nov. 11), Bent Frequency channels the spirit of resistance into an evening of avant-garde music as fiery as it is forward-thinking.

THE PROGRAM
American composer and pianist Frederic Rzewski's eight-part composition titled "The Fall of the Empire" combines percussion with spoken texts drawn from disparate sources, including Thomas Jefferson and Charles Dickens. Baker describes the work as "a general commentary on the United States' role as a world leader, which addresses various issues, such as global warming and the 'War on Terror,' and the limiting of personal liberty and free speech within that context."

"RIPT," which was written by Florida-based composer Dorothy Hindman for the Bent Frequency Duo Project featuring Baker on saxophone and Gerber on percussion, incorporates text and music from Chicago rapper Freddo Santana's "Beef." Impetus for the work came in part from a 2012 incident in Jacksonville, Florida, when Michael David Dunn, a 47-year-old white male, shot and killed 17-year-old Jordan Russell Davis, who was black, because Davis and his friends were playing music, including "Beef," too loudly. "I took the song, deconstructed it, and put it back together in certain ways, which became my small way of memorializing that young man's story," says Hindman in a Facebook video.

Daniel Felsenfeld's "Presidential Address" puts the spotlight on sexual assault and harassment by scoring President Trump's infamous "you can grab them by the pussy" comments for soprano voice and piano, performed by Amy Petrongelli and Tim Whitehead.

Two pieces, "My Feelings Now" by Eve Beglarian, a Michigan-born composer, performer, and audio producer of Armenian heritage, and "I will learn to love a person" by Christopher Cerrone, a member of the Brooklyn-based Sleeping Giant composer collective, reflect the "with love" side of the evening's program. "Both of these works are focused on the subject of love, although love is not always easy or an easy subject," says Baker. "Both are lush, beautiful compositions, very much in the traditional sense of the 'love song.'"

In a time of ceaselessly vexing news, relentless authoritarian pressure and unprecedented official corruption, one may rightly seek inspiration, catharsis and a path forward in the arts. "In such times, it is the duty of the artist to interpret, to comment, and even to resist," Baker and Gerber add in their introduction to the evening's work. Such is the nature of "with love, we resist."