Pain is a gift 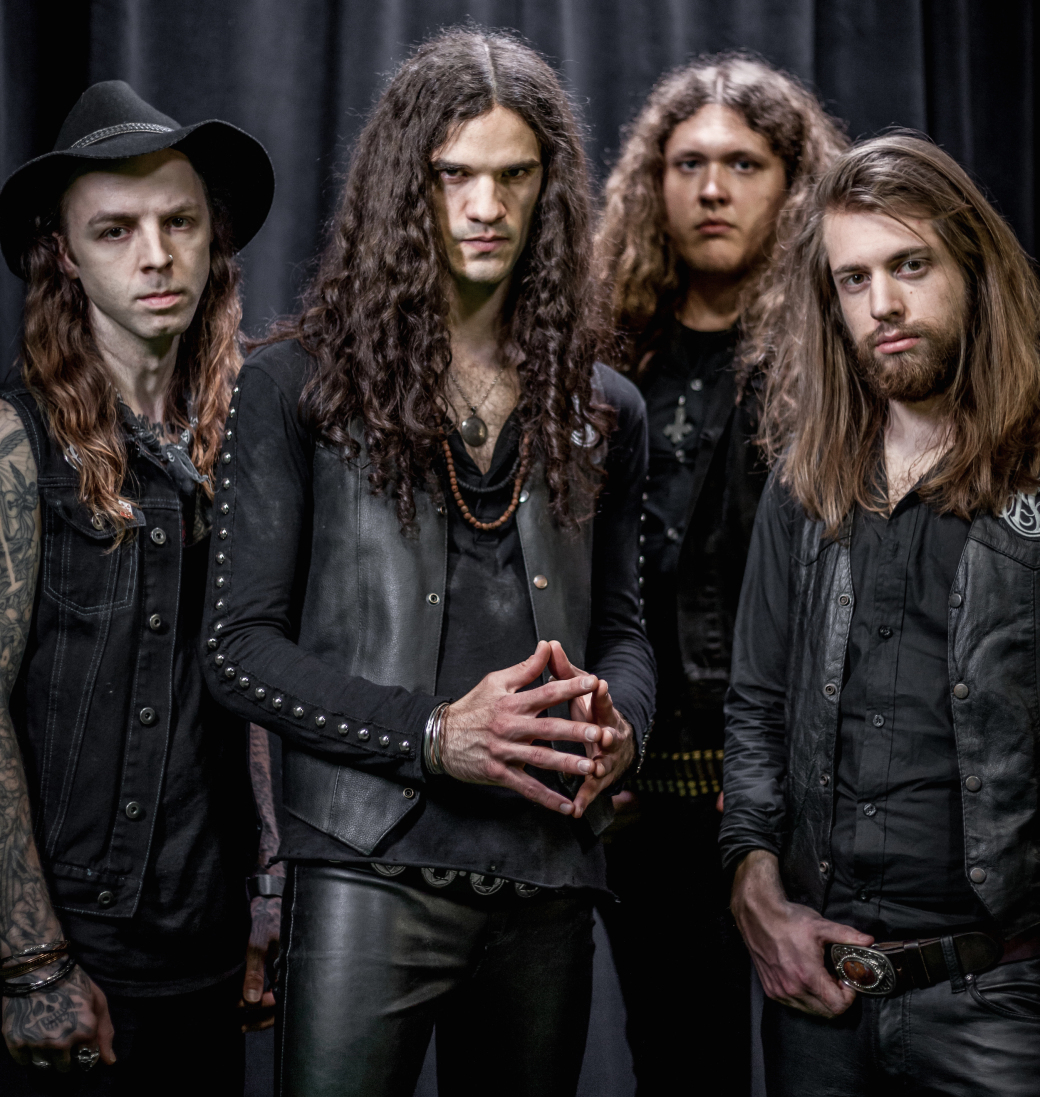 Darkness can be a liberating palette in the right hands.

Splayed across a canvas of tension, Atlanta quartet Cloak's debut album, To Venomous Depths, offers a study in saturated contrast and occult ambiance that acknowledges both the art and aesthetic of the sinister.

Commanding swaths of primary dynamics and malevolent angles, Cloak grapples with what comes before and beyond life, with death and the rebirth of self, and how to differentiate an artistic project in and from the continuum of black metal.

Guitarist and vocalist Scott Taysom and drummer Sean Bruneau first started going over ideas for an extreme metal band in early 2013. They met guitarist Max Brigham later that year, and got down to jamming.

This earliest incarnation of Cloak leaned more toward the red-aura aggression of death metal. Bassist Matt Scott, for instance, clawed his way out of the crypt through shows at the P.S. Warehouse and 529, sharing the stage with Mangled, Sadistic Ritual, and other gory thrash gods as part of the band Living Decay.

This version of Cloak, however, didn't survive a year-long hiatus, and when the band reactivated in 2015, it tempered brutal technicality with more epic harmonics, unafraid to embrace both the chilling melodies of bands such as Sweden's Dissection and the mid-pace hooks of Deep Purple and Danzig.

The objective was to "gain power through simplicity, repetition, strong choruses something bands in the death metal genre typically don't do well a lot of the time," says Taysom by phone, taking a break from preparations for the band's record release show. "To me, there's a difference between songwriting and riff writing, and you can write as many great riffs as you want, but unless you know how to write transitions between them, a song isn't going to flow well.

Developing alongside, and yet disconnected from, the chaotic transcendence of the black metal scene anchored by bands like HellGoat and Vimur Cloak worked to hone a coherent style introspectively.

"I respect that every leader of those packs of bands is doing something different, but so is Cloak, and I think we just work better when we keep to ourselves," says Taysom. "I know what I wrote for this record was done in a secluded state, physically and mentally.

"I think pain is a gift, if you view it the right way, and change is, too," Taysom adds. "I went through a lot, a darker time, and I learned to welcome change with open arms. This isn't a concept album, but it's definitely a journey, a spiritual ascension of sorts."

What Cloak has done with To Venomous Depths, released through respected French indie label Season of Mist, following an EP on local imprint Boris Records, is a collection of nine surging, incisive tracks that look past the barriers of genre as readily as they do the shackles of mortality. Similar to the embrace of psych and prog rock by Sweden's Tribulation, or the ability to recall Thin Lizzy, Fucked Up, and Viking metal as done by Norway's Kvelertak, Cloak bolsters tremolo frenzies with power chord swagger as binding as any incantation.

Recorded with Joey Jones at Aria Studio in Marietta, To Venomous Depths maintains an open, relatively uncompressed production with boomy drums, destructive bass, distorted but articulated guitars, and caustic yet discernible vocals. Thinking toward future recordings, Taysom sees Cloak as a platform to incorporate whatever comes naturally whether that be a Doors-esque intro or a blast beat.

Similarly, he sees the band's shows as an opportunity to create an immersive communion, a chance to use everything from the fliers to the stage dressing to the edge of the other bands on the bill to liberate believers among the elongated shadows.