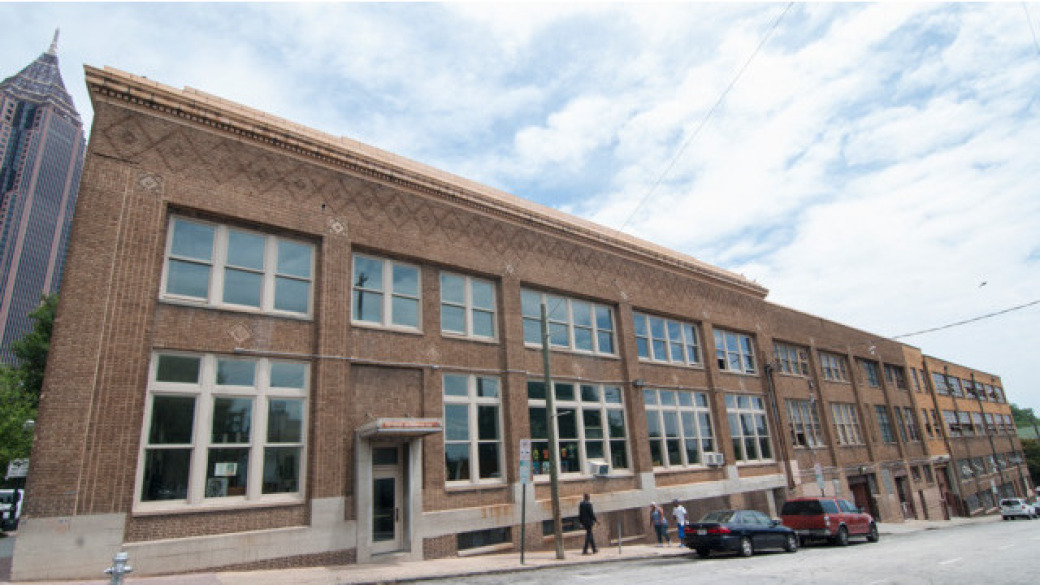 Last week the largest homeless shelter in the Southeast, Peachtree-Pine, closed its doors to new residents as a result of a June settlement that ended a years-long legal battle with the City (among other parties). The controversial shelter was run by the Metro Atlanta Task Force for the Homeless since 1997, and was "open" in the sense that it allowed people to stay whether they were high or sober, criminal record or none, ill or healthy, sane or not so much. The building is now owned by Central Atlanta Progress, a group of Downtown business leaders. For the next 45-60 days, the shelter will continue to be available only to those who were staying at Peachtree-Pine as of last week. Crossroads Ministries will run the shelter during that time as they work to place each individual or family into another program or housing of their own.

The check-in procedure for people staying the night was done differently under the new management: a metal detector was installed and people were frisked and their bags emptied as they checked in. Central Atlanta Progress' Ambassador Force was there for security along with several Atlanta Police officers.

The police cars stationed around the building last Monday afternoon and evening were a more visible presence than usual on the strip of Pine Street that has often served as an open-air drug market. Creative Loafing has previously reported on the Task Force's complaints that APD did not properly police Pine Street and thus crime increased and public perception of the shelter suffered. "Why couldn't they have gotten rid of the drug dealers when shelter director Anita Beaty requested them to? Because it was part of getting this place shut down," says Marshall Rancifer, an anti-homelessness advocate. APD reported three arrests on Monday one for public urination and two for outstanding warrants and one copy of charges for urban camping given in the area surrounding the shelter.

Central Atlanta Progress, the downtown business association that now owns the building, reported that approximately 211 people including men, women, and children checked in to stay the night. Starting this week, the shelter will no longer accept any new guests. The residents staying there now will be enrolled in a program to be placed in housing or another shelter within 45-60 days, according to United Way Vice President of Homelessness Protip Biswas. Assessments started this week to determine the needs of the remaining individuals and families staying at Peachtree-Pine.

"Already we've found about a dozen individuals or families with regular income. We will help them cover the gap," Biswas says, explaining that the United Way will pay for a security deposit or rent temporarily, generally for six to nine months, to help people get housing of their own. He adds that each participant will have a case manager during this transition from Peachtree-Pine and several partner agencies, including Mercy Care and Project Community Connections, will be involved to help address participants' varying needs.

For the many without income, United Way has requested housing vouchers from the Atlanta Housing Authority and other agencies. "We'll be happy if we get 100 to 150 vouchers for this population," says Biswas.

When asked why new shelters weren't already in place by the time Peachtree-Pine closed, he says that the search was already being done for additional facilities at the time of the settlement. The shelter's closing "led to an urgency in our search," adding that they are looking outside the city of Atlanta as well, in areas like North Fulton and Cobb. "We know that we need new shelters, so we are looking for additional facilities," he says, and they'll have "intensive" case management in an effort to keep stays short.

Some of the women staying at Peachtree-Pine this week said they felt they had no other options because they had teenage children, and other shelters wouldn't allow their kids to stay. "Any new shelter that we support, we hope that they will accept anyone, including mothers with teenage children," says Biswas. "Because you're right, some groups face additional barriers, like women with teenage children."

Because of this, some are convinced the open shelter's closing will mean more visible homelessness. "You're going to find a lot more people sleeping in the streets or at the Grady emergency room because they're not going to these outlying shelters because of their policies," Rancifer says, referring to strict curfews and restrictions like on smoking cigarettes.

Stacy Gregory, 39, chose to stay at Peachtree-Pine this past Monday night. She says she's tried other shelters, but "they want every kind of documentation ... I don't have anything," she says, explaining that her ID has been stolen on the street more than once before. And in terms of getting a place of her own: "It's too expensive to even get a room, or anything. There are so many people that are not able to afford rent with things going up."

As for what happens next with the Peachtree-Pine building, most parties are staying mum. Wilma Sothern with Central Atlanta Progress says that "long-term plans for the building have not been developed." But a look at the CAP Downtown investment map shows that three developments residential lofts, condos and a hotel of at least $18.5 million are to take place within two blocks of the shelter.

Beaty predicts the building will end up with Emory, which has a Midtown-based hospital across the street. Officials at Emory could not be reached for comment as of press time.