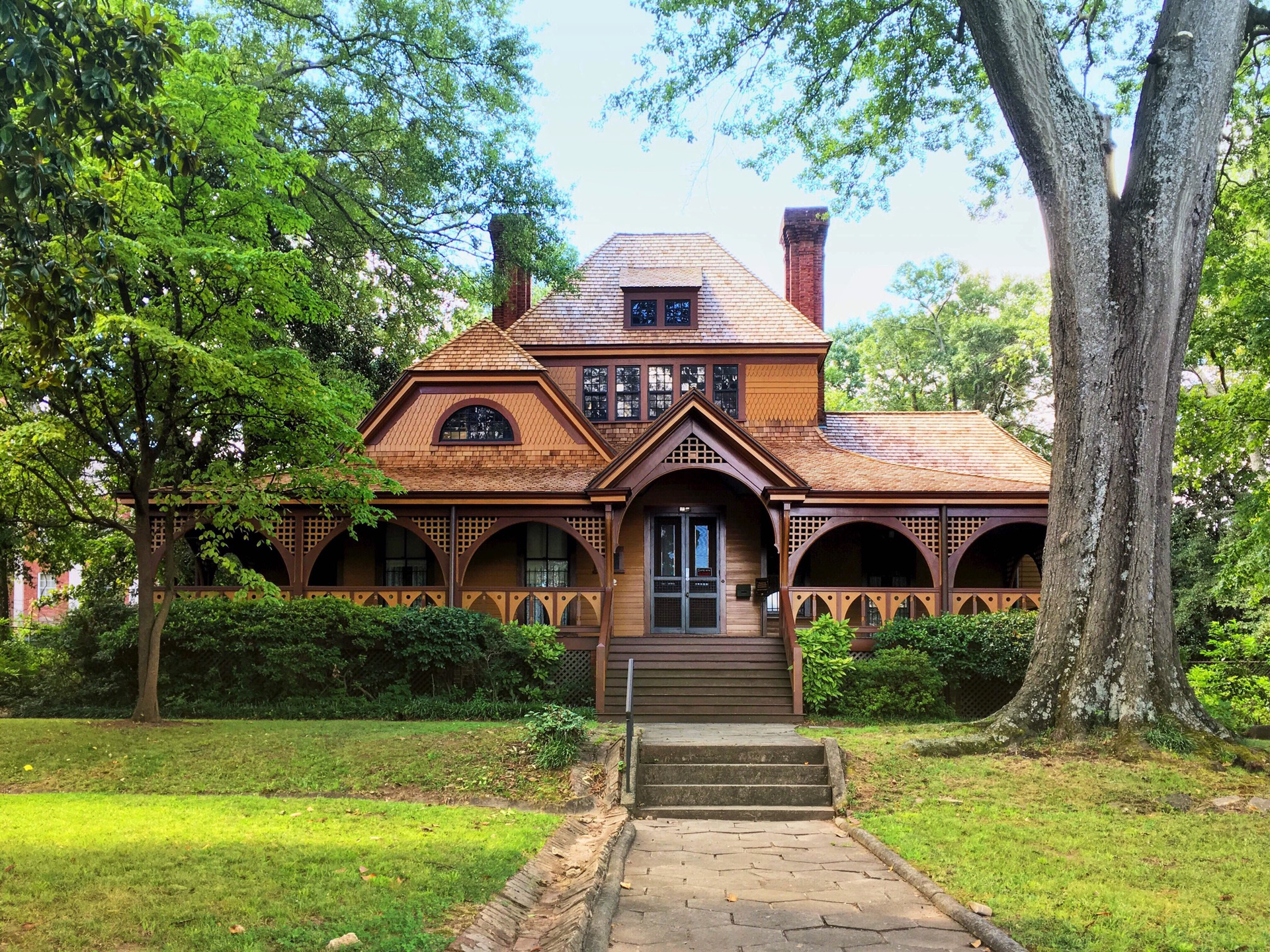 Three pals bonding over a shared affinity for historic preservation by launching Instagram account, Architectural Splendor. "There are so many buildings that would perhaps avoid the threat of demolition if only our citizens were more aware of the history and culture that it brings to our cities," Photographer Cristi Moscoso says. Moscoso, alongside her husband architectural historian Derek Anderson and his former classmate/American Architectural Foundation Program Manager Daniel Tana, run AS in an effort to get other Atlantans and Southerners just as stoked.

CL caught up with the trio to talk historic preservation and hidden architectural gems tucked all across the city.

Tell me about how this project developed.

Derek Anderson: Well, Daniel and I met in grad school at the University of Maryland while earning our Master's in Historic Preservation. I ended up getting a job down here, but we had been trying to think of a good way to keep collaborating for a while now. My wife, Cristi, who is a photographer and historic architecture enthusiast herself, came up with the idea of doing an Instagram account since I am always dragging her around to look at old building anyways.

After some further discussion, Cristi had Daniel and I start collecting photographs we had been taking over the years to help build content for the project. We’ve been using a lot of Daniel’s photos since he has a huge stockpile already, with me supplementing to add in some southern content, and we have been splitting up the process of researching and writing everything. Cristi has been awesome about taking over the posting schedule, editing the photographs, etc. as long as we keep her supplied with material!

Cristi Moscoso: I’ve always loved architecture and followed several architecture Instagram accounts. The idea came to me when I realized that while I loved the photographs of the historic buildings I would see on my feed, the captions were very fluff and didn’t actually speak to what I was interested in learning about. What was the style of the building? When was it built? Why is that architecture significant? What does it tell us about our cultural heritage? Luckily I’m married to an architectural historian and we’re best friends with Daniel who also happens to be an amazing photographer (and architectural historian), so I pitched it to them and now here we are!

What's so exciting about Atlanta's architecture? What about the South in general?

D.A.: Everything! Atlanta has a collection of totally incredible early-20th century residential architecture, some great examples of early skyscrapers, awesome railroad architecture, etc. One of the things I find most exciting is how badly it is in need of advocates to help preserve it. I feel like a lot of people discount Atlanta's architectural significance because they think nothing survived the Civil War. For one, that is not true, and in addition to that, we have so many great buildings that were built afterwards that we need to preserve, including a lot of midcentury architecture. I hope we can make a little headway in changing people’s minds and showing them just how incredible Atlanta’s architecture is (while highlighting some other parts of the country as well!).

Where are some favorite spots or neighborhoods for architecture hunting?

C.M.: We live in Southwest Atlanta in the Adair Park neighborhood and I would love to feature more architecture from Southwest and Downtown — but really, all of intown Atlanta is hunting ground. The West End is actually one of the oldest planned neighborhood developments in Atlanta and has so many beautiful homes that we drive past daily.

D.A.: Cristi nailed it with Southwest, which is an area that, from a historic architecture perspective, has sort of benefited from its lack of development in that it has a lot of unmodified historic buildings. I also love driving around Grant Park, Druid Hills, Cabbagetown, and some of our more recent midcentury neighborhoods as well.

Daniel Tana: There’s great architecture just about everywhere and I find that no matter where I am — walking through Downtown Washington; a rural road on the eastern shore of Maryland; a side street in Cambridge, Massachusetts; or visiting friends in Atlanta — I stumble across something worth sharing. Keep your eyes open, look up at ceilings and cornices, and look down at floors and foundations; there’s a lot of detail out there to be found!

D.T.: When Derek and Cristi mentioned doing an Instagram feed, I thought it was a great medium to put out a curated selection of high quality photos to a broader audience, while still having a little bit of space to delve into their history and significance. For me, it was great to actually be able to use my photos (which might otherwise just sit in my archive) to get people to notice their everyday surroundings more — and get them to think more deeply about the history of everyday places. I think ultimately the goal is to share some subject matter expertise with a broader audience, and for our followers get to learn something interesting.

C.M.: For me, it was always about being able to show the significance of American architecture through more than just photographs. An opportunity to actually teach people about the type of architecture and what makes it so interesting, whether that’s by describing its aesthetic or telling its history as it relates to that place. Also, like Daniel, I love that the photographs we use are ours and that we finally have an excuse for creepily stalking these beautiful buildings.

C.M.: I would also love for this to eventually also be a platform for increasing awareness of historic preservation. There are so many buildings that would perhaps avoid the threat of demolition if only our citizens were more aware of the history and culture that it brings to our cities. Breuer's Brutalist library in downtown Atlanta comes to mind for example. Especially in the South, I don’t think that we have the same culture of preservation as there is in the Northeast. People down here love visiting historic New England and then wonder why their cities don’t have that same feel. It’s because they have preserved their history and capitalized on what makes them special. Savannah, Charleston, and New Orleans are some cities down here that have done a good job of that and they are major tourist destinations. We need more of that!