Project officials get aggressive with $350,000 spent in legal fees 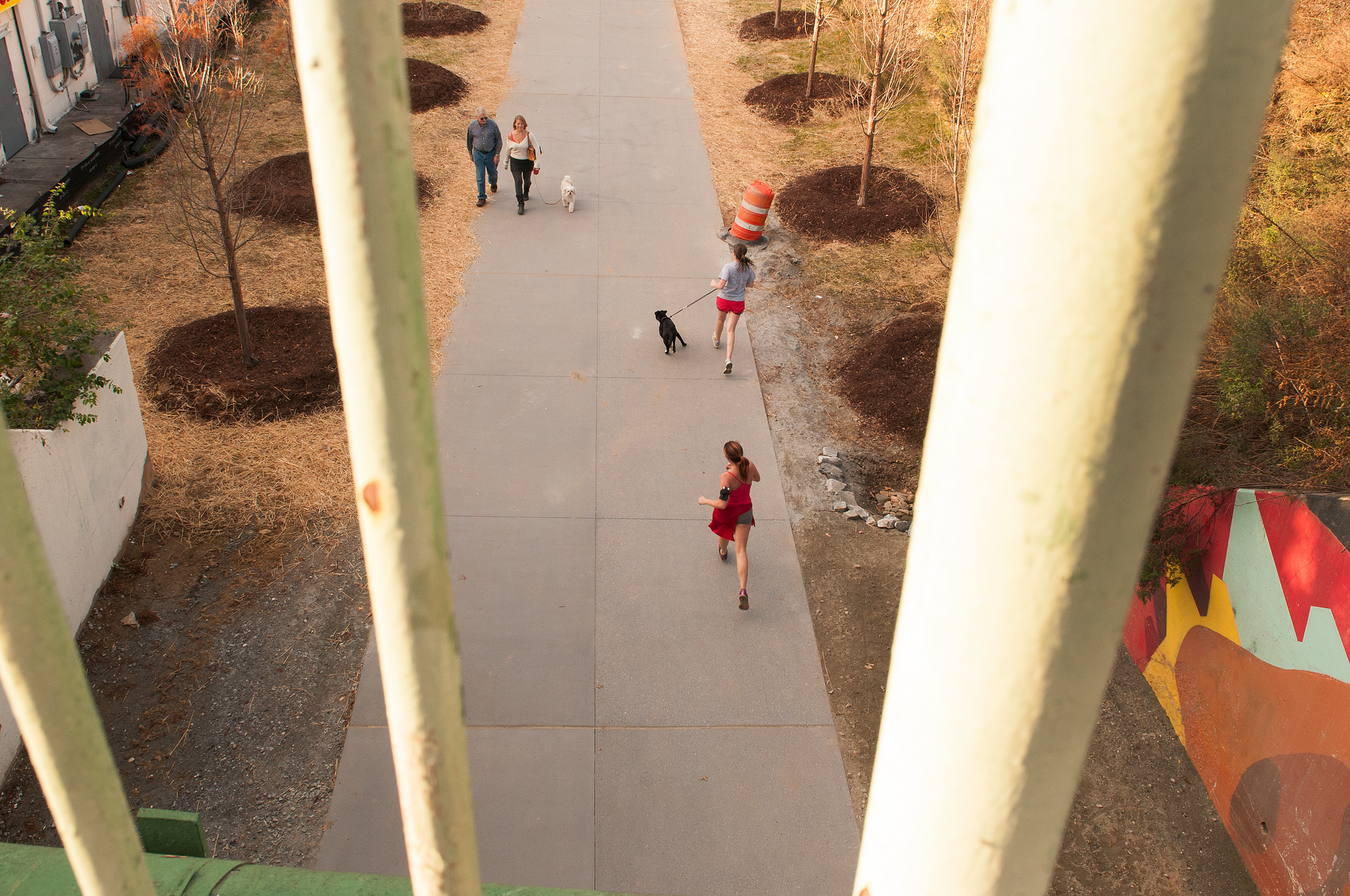 Photo credit:
On its $4.8 billion quest to connect the city with 22 miles of public sidewalk and bike path, the Beltline is also trampling over the good intentions of everyday Atlantans.Since 2009, the organization building the Beltline has spent more than $350,000 in legal fees going after businesses and everyday people over petty trademark infringement disputes. Beltline officials need to stop wasting cash worrying about its name and focus on accomplishing its core mission — completing the Beltline.The most recently publicized case involves a Beltline fan’s Facebook group, sparking much-needed scrutiny of what is supposed to be a community-focused project seeking to control how the community uses the name. (I created the satirical Facebook group “Humans of the Glorified Sidewalk,” poking fun at ABI’s excessive trademark policing.)Jessie Fream wanted to showcase how the project connects Atlantans. She created a Facebook group named “Humans of the Atlanta Beltline” to post photos and quotes of people walking the Beltline. Fream used the project’s name because she was describing the physical location where she collected stories. She received a Facebook message from an ABI spokeswoman asking her to stop using the trademark name “Beltline.”Michael Tavani planned to start Beltline & Co., the type of tech incubator firm the city wants to grow here. Then, he received a letter from ABI’s Miami-based law firm, Greenberg Traurig. In a blog post, Tavani said he was “shocked, disappointed, and somewhat amused.” Tavani could have mounted a “winnable legal case” against the tax-payer funded group, he wrote, “but that just feels ridiculous to even go there.”ABI also bullied Dan Whisenhunt, a journalist friend of mine, to give up his domain names he registered — beltlinenews.com, thebeltlinenews.com, and datelinebeltline.com — to cover news associated with the Beltline.It’s one thing for businesses to cyber-squat on URL names — according to Whisenhunt, ABI has sent letters regarding roughly 70 domains that have a variation of the Beltline name. It’s OK for ABI to properly police its trademark — something that could be accomplished with cheap and affordable licenses to the public. But attempting to identify with the community you’re in business with doesn’t appear to be such a bad thing.ABI also said the group had concerns about not being able to control the information on Fream’s Facebook group. But ABI can’t really control the flow of “Beltline” information. It’s a public institution and open to public scrutiny.In an email, ABI President and CEO Paul Morris said the organization is concerned with “ensuring consistent, favorable, and professional use of the ABI marks,” adding that third parties using its trademarked name could impede ABI’s own use. ABI justifies its overzealous trademark policing by claiming to want to protect “the public from deception or confusion.”But it’s a stretch to think the public will automatically assume that a bike shop located along the Beltline, previously named Beltline Bikes (now known as Atlanta Bicycle Barn), is owned and operated by the same people who run the sidewalk. There is a good argument for fair use for any business considering “Beltline” in the name because it is a public, geographical location.Imagine if the city trademarked the word “Peachtree” and went after businesses on the famous thoroughfare for using “Peachtree” in their name? How is this any different than what the publicly funded and owned “Beltline” is doing?Marty Schwimmer, a New York attorney who’s practiced trademark law for 25 years, says “the idea of trying to take a geographical feature out of the public domain seems unusual.” While the Beltline does “close,” it’s not something that physically closes like New York’s High Line. And many Atlanta residents use it at all hours of the night.“You’re not providing access if it’s 100 percent public space,” Schwimmer says. That’s an important distinction when trademarking a physical location. The law firm ABI uses, Schwimmer notes, is one of the “largest” and “most active” for trademark filings.Fream says she doesn’t know what she will do. “I’d kind of feel like I’d be lying if I called it something else because all of my interviews take place out there or alongside the Beltline. It’s literally the purpose of my blog.” But the warning has not stopped her from posting.Whisenhunt would settle for ABI adopting a “comprehensive and consistent policy” for enforcing its trademark. He said ABI is “using a machete when they need a scalpel.” Whisenhunt says he understands why officials would come after him, or other businesses, but not people starting Facebook groups as a hobby.“Jessie is just a private citizen. I’m in business,” he says. “They don’t appear to make any distinction between the two or see how their actions might alienate people in the community.”Fream thinks the more than $350,000 spent defending the trademark is disheartening and “kind of defeats the purpose of the Beltline.” Whisenhunt would like to know “how much trail that could’ve built or how much affordable housing it could’ve created. I don’t see how spending money on this gets us closer to completing the Atlanta Beltline.”It doesn’t.


David Schick is known troublemaker who occasionally contributes to CL. He has taken a sabbatical from holding down a real job to relentlessly troll government entities who he thinks “need to be knocked down a peg or two.” He lives in a Volklswagen Van and has way too much time on his hands.

The many unanswered questions of an out-of-nowhere merger | more...

'The NIH was aware of these ongoing egregious problems and then they turn around give them more money' | more...
Search for more by David Schick
[Admin link: Beltline's trademark policing needs to chill]