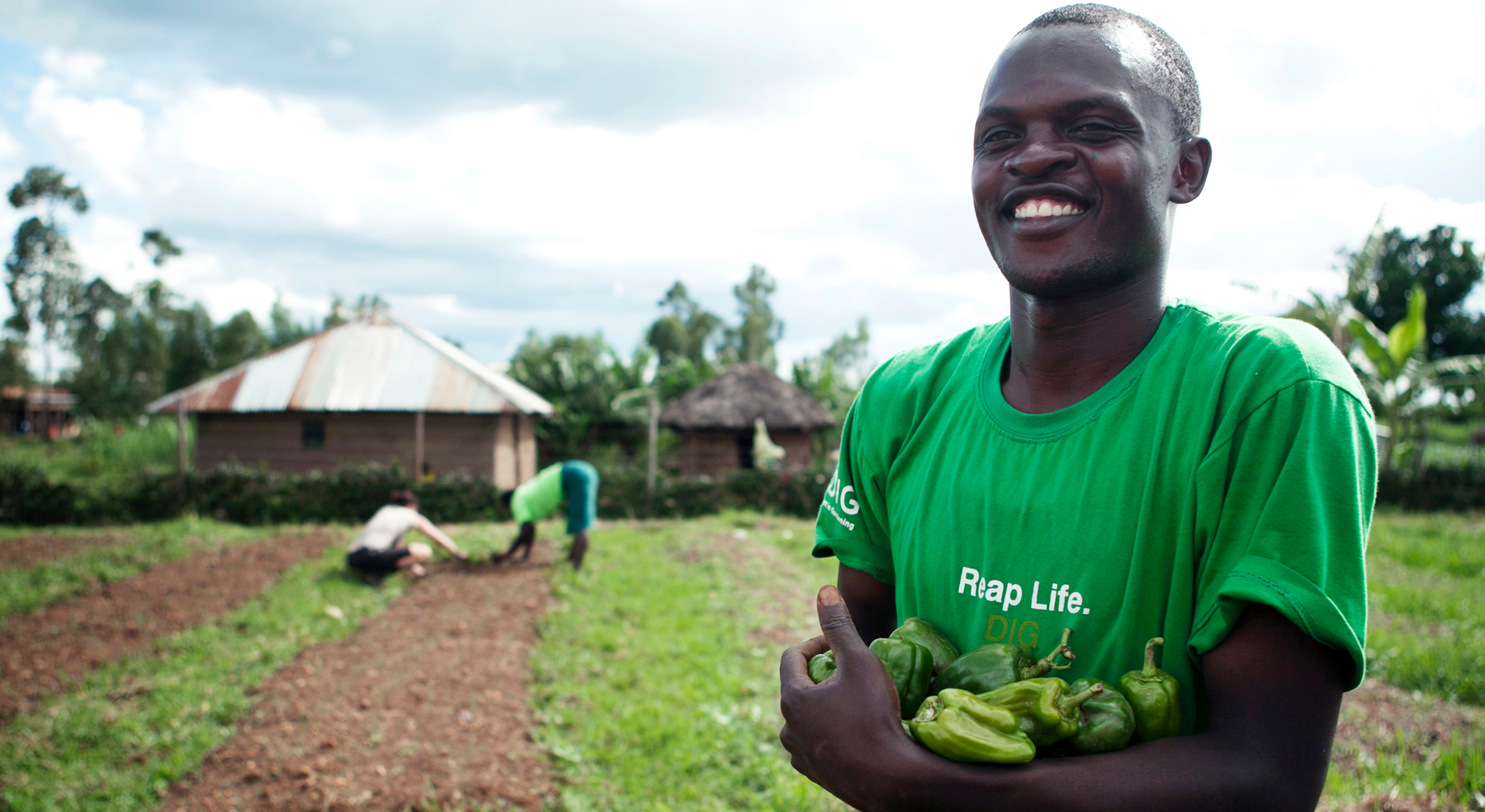 Photo credit:
According to the latest statewide waste characterization study, food scraps make up the largest fraction of residential waste and the second largest of commercial waste. That’s alarming at a time when 28 percent of Georgia children live in food insecure households, according to the Georgia Food Bank Association. What’s more alarming is that the latest Georgia waste characterization study was conducted in 2005. That’s two years before the kale craze hit, for reference.

Clearly, we aren’t thinking enough about what we throw out — and about how much food we’re wasting every week. Atlanta-based nonprofit Development In Gardening (DIG) wants to change that. The food and farming-based organization, which recently celebrated its 10th anniversary, works with communities across sub-Saharan Africa to enhance food security and promote nutrition-sensitive, sustainable agriculture in vulnerable and HIV-affected regions. On Sun., Nov. 6, DIG brings its tasty lessons home to Atlanta with Cocktails & Castoffs, a fundraising event focused on connection, education, and eatin' good.

"I don't think a lot of people think about food waste as much as chefs," says Grant, who will be making a sweet panelle with poached pears for the event, inspired by Italian dishes designed to make good use of leftover bread. "We don't want to have any waste."

Last year, attendees sampled a selection of waste-minimizing treats, including banana peel cupcakes, plum and peach pit-infused vodka cocktails, and beet, prosciutto, and toasted marshmallow stack skewers paired with a cucumber avocado soup. This year’s menu includes pot roast biscuits from Clark, a chicken and winter squash soup from Hopkins, and a number of dishes still under wraps. Each chef blends their own background and sensibilities into their approach as they craft appealing and waste-conscious dishes.

“Japanese culinary culture has a zero waste focus by default,” Nakato owner Sachiyo Nakato tells CL, speaking on behalf of chef Kinjo, who will prepare steamed Japanese pumpkin with mint chicken. “When we heard about what the organization was representing, we thought it would be a good thing to take part in. The biggest challenge was finding ways to blend Japanese sensibilities with American tastes.”

No value assignedIn addition to serving up good eats, Cocktails & Castoffs will feature presentations on home and community food sustainability from DIG. Representatives will speak on DIG's recent efforts abroad, to be funded by proceeds from the event.

"I think most people tend to dismiss these challenges as 'oh, that happens in Africa, I've already formed my opinions/assumptions on HIV, or Africa, or malnutrition,'” DIG co-founder Sarah Koch says, “and so they stop being open to learning more.”

Currently, DIG is operating in Uganda, teaching agricultural skills to the Batwa pygmies — an ancient society of hunter-gatherers turned conservation refugees in 1992, when they were evicted from their jungle home to make way for a World Heritage Site for gorilla conservation. DIG asserts that food waste here in the US affects food issues abroad and that paying more attention to waste here can help reduce issues that we so often see as unrelated.

"What's so cool about this event is that it pulls two worlds together, by saying what we're doing here affects what's happening there,” Koch continues. “What DIG is doing over there is relevant, because we're looking at food waste at the beginning and end of the supply chains, and it bridges the two worlds, which is really hard to do at other events for an organization like ours."

Whether you’re a curious foodie looking to try something new or just someone looking to minimize your waste output, Cocktails & Castoffs offers up a deliciously enriching experience.