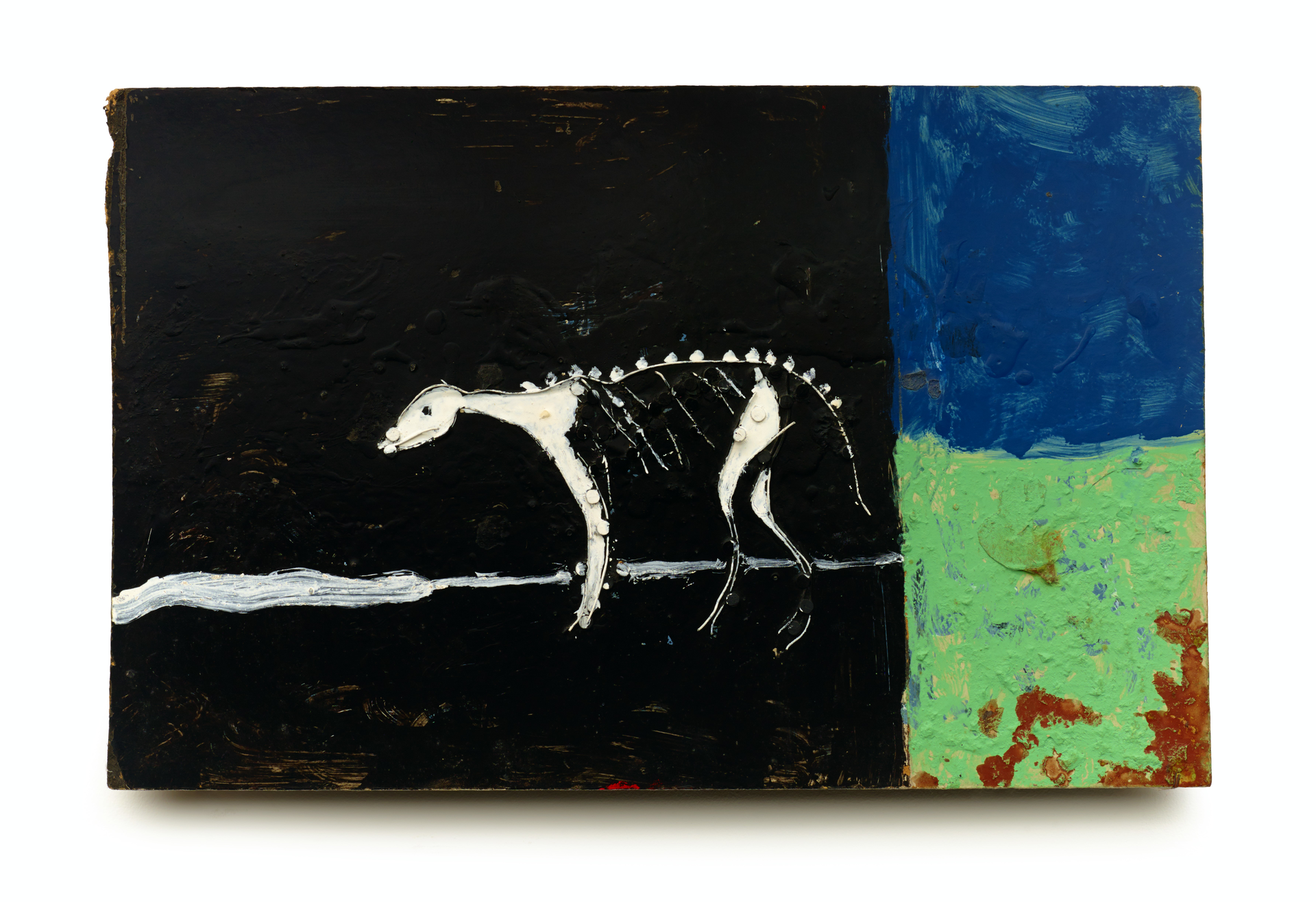 Ronald Lockett grew up in the old steel town of Bessemer, Alabama in 1965, in the wake of desegregation. He didn’t fit the traditional masculine role of the steel factory worker Bessemer boys were expected to fill. Instead, he was reserved and showed artistic promise early on. Acclaimed artist Thorton Dial Sr. — who was also Lockett’s cousin — took the young artist under his wing. When Lockett debated going to art school, Dial told him his artistic education would be better served if he just focused on making art. Thus Lockett fell into the school of self-taught artists working in Bessemer and Birmingham.

“Self-taught artists show anyone who encounters them there’s no prescribed way to become a great visionary who has something interesting to say about the world,” Katherine Jentleson, High Museum curator of self-taught art, tells CL.

Lockett’s work incorporates found objects into paintings and metal objects. In one painting, a deer with branches for legs leaps away from water. In another Lockett remember his late aunt with a quilt made out of metal scraps. He often used deer to symbolize feelings of entrapment motivated by his identity as a black male. Later pieces demonstrate a belief in moral uncertainty, spurred on by his HIV diagnosis.

“His art is a source of self discovery and a kind of therapeutic endeavor,” Jentelson says. “It helps him come out of intense feelings of loneliness and depression.”

He died of AIDS-related pneumonia in 1998. Lockett produced over 300 works in his relatively short career — a little over 10 years.

The High Museum hosts Fever Within: The Art of Ronald Lockett, the first retrospective on Lockett’s work. Forging Connections: Ronald Lockett’s Alabama Contemporaries, an exhibit exclusive to the High featuring large-scale sculptures from Lockett’s Birmingham and Bessemer contemporaries will be shown alongside the traveling exhibition. Pieces from artists Thornton Dial Sr., Lonnie Holley, Joe Minter, and others are on display.