In Left Out, Carlos Thompson uses art to obtain normalcy. 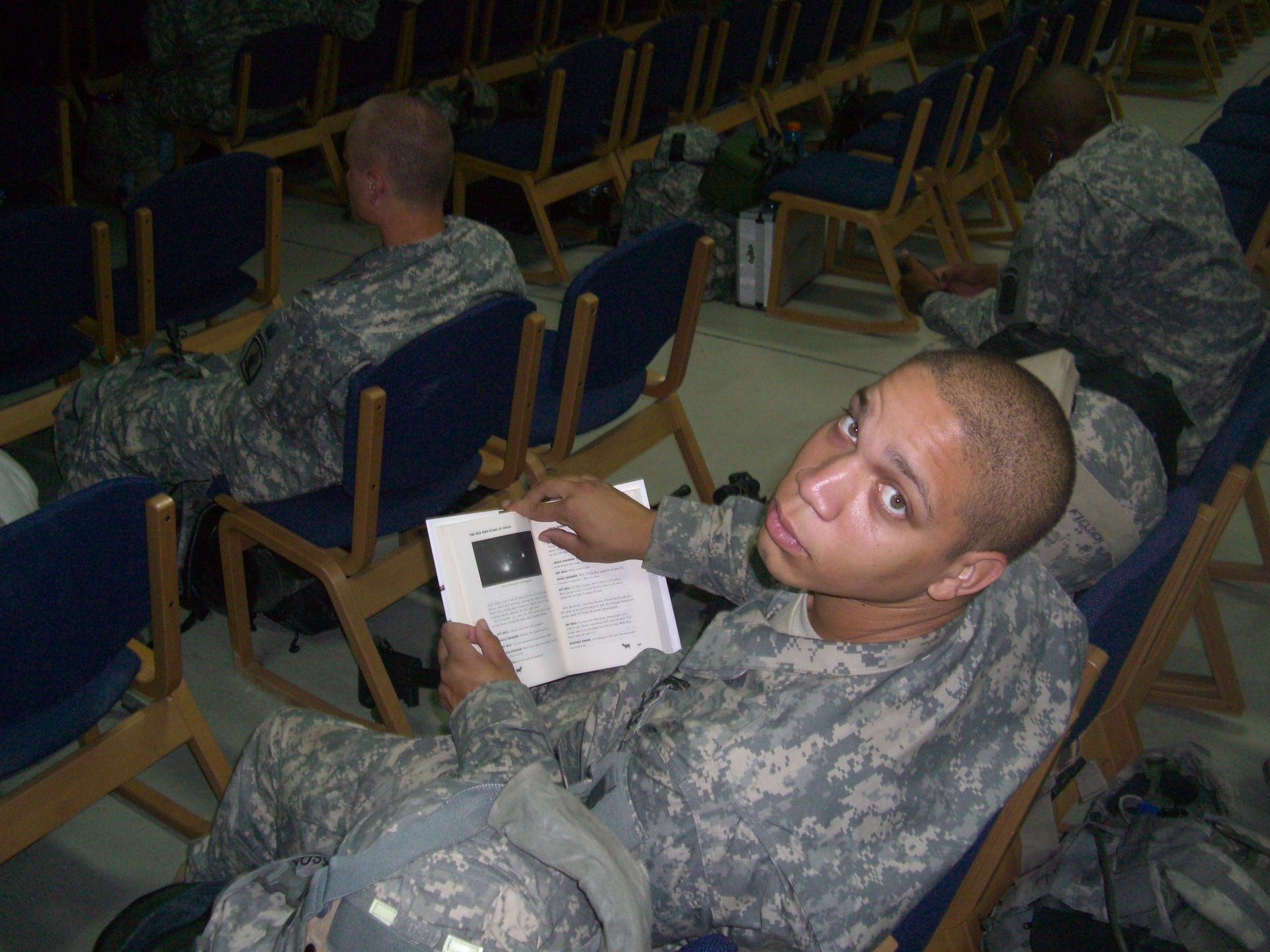 Carlos Thompson speaks with determination. The artist has a command of his voice that’s inspiring, as if he’s going to use words alone to make you understand exactly what he’s talking about. When he discussed his upcoming art exhibition and military experience with CL, that grit never really left his voice, despite the fact he was attempting to explain things you can’t really understand unless you’ve been through them.

In Left Out, Thompson explores the reality of combat soldiers through several different mediums, including film, audio, and performance art. He and wife Morgan Carlisle, board chair at Eyedrum Art and Music Gallery, won Idea Capital’s first Margaret Kargbo artist as activist grant to help fund the show. Thompson is primarily a writer, and his poetry is included in the exhibition, but he wanted to document the story in as many ways as possible.

“The subject it so important to me,” Thompson tells CL. “I want to ensure no one has a way of not identifying with it.”

Thompson served three tours as part of the United States Army. His deployments and the subsequent issues with the government health care he received upon returning home serve as the basis for the exhibit. Several other veterans donated their stories, pictures, and helmet cam footage for use in the art gallery as well. Together, it serves as an honest look at the reality of being a combat soldier.

Some of those realities are impossible to express in everyday life. Left Out is Thompson’s attempt at vocalizing these things and attaining normalcy. The show’s name refers to veterans who feel left out in everyday circumstances — who sit in a corner during barbecues and alienate themselves at family gatherings and seem less social than they did before leaving for the military. The artist wants viewers to understand the experiences combat soldiers had while being deployed and glimpse the things they might not be able to express.

“I want Atlanta to see what I’ve been through, and what other guys like me have been through.” He tells CL — and when he says it with that determination in his voice, it’s impossible to believe he won’t succeed.