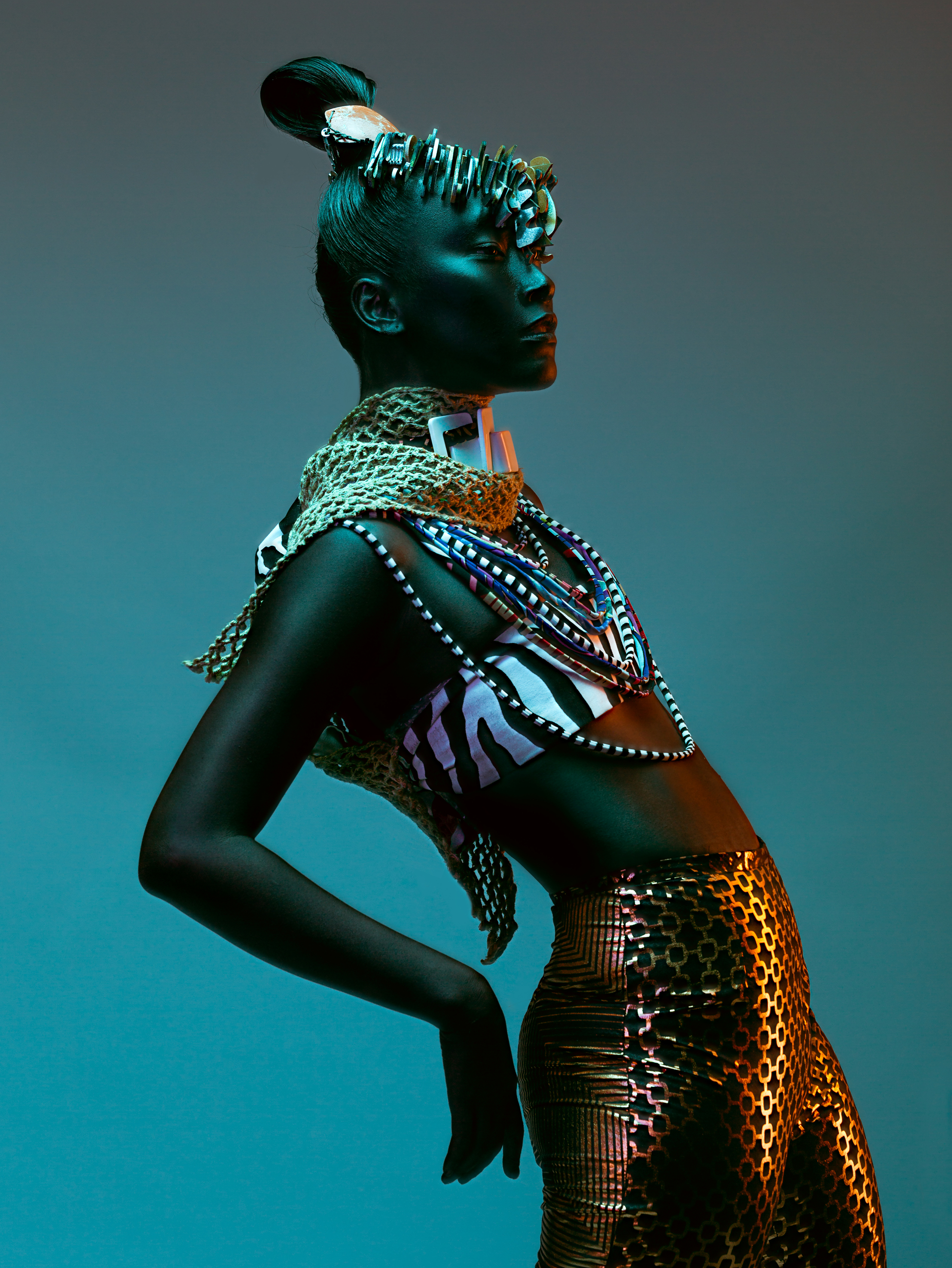 Photo credit:
Photographer and SCAD graduate Vegas Giovanni describes his work as “fashion-oriented, moody, sexy, and very expensive,” adjectives that could just as easily apply to the Lyon family of FOX’s "Empire." Now in its third season, "Empire" follows the Lyon’s power struggles as they via for control of the family hip hop company. The musically inclined characters look almost as good as they sound, wearing elaborate costumes and interacting with artful spaces. Pieces by Vincent Van Gogh, neoimpressionist artist Jean Michel Basquiat, and hip hop portrait painter Kehinde Wiley, among others, adorn the show’s sets.Three of Giovanni’s photos (including “The Primordial,” shown above) have been featured on the show; one in matriarch Cookie Lyon’s cool yellow apartment, the other two in studios. Giovanni graduated from SCAD in June — "Empire" reached out to the artist about using his work while he was still in college. For Giovanni, the whole process was pretty easy. “A lot of these works were taken two to three years ago,” the photographer told CL. “To kind of watch them come back to life and be put into different situations and have this new breath of life given to them is pretty surreal.”The pieces themselves seem almost surreal, showcasing black bodies in contrasting lighting. In some of the photos, models are adorned with heavy makeup and jewelry. In one, the model has nothing on except a few flowers covering his nether regions. They reek of power and sophistication.“I like to think of my work as a little vacation, a little beauty in a world that is completely chaotic and crazy,” Giovanni says. “I like presenting something that you can just ponder on and think.”Reproductions of the pieces seen on "Empire" are available for purchase on Giovanni’s website.