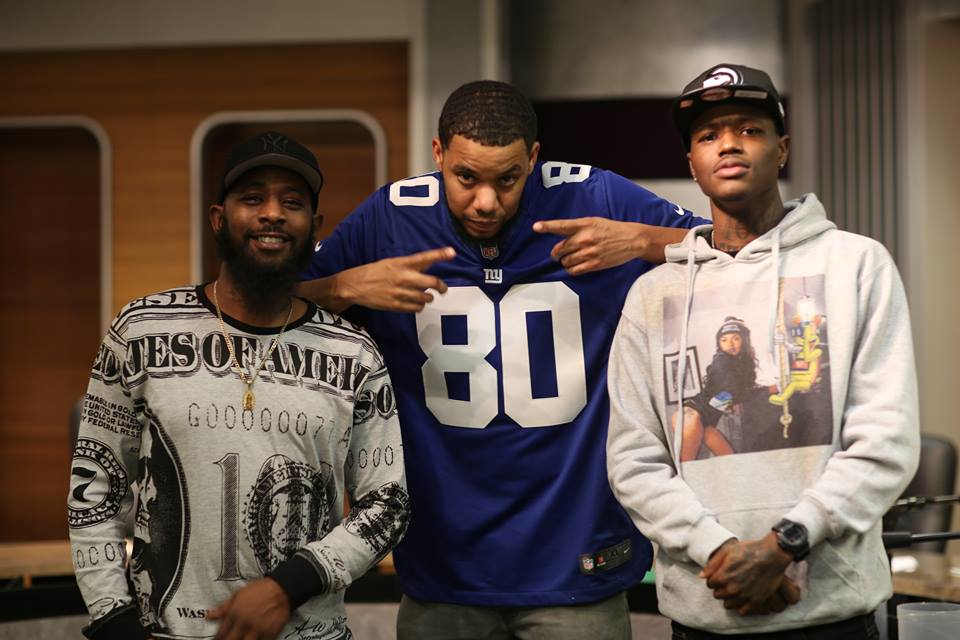 Photo credit:
For better or worse, anyone can start a podcast. For every shoddy iPhone-recorded show from a college kid with two cents on Tom Brady, there’s a show that will actually turn your boring commute into a wild ride. Podcast-fans and/or comedy fans alike have found that podcast in Atlanta’s backyard with 85 South.

Distributed by comedy hub ComedyHype, three of the South’s fastest rising stars have been getting together to produce "a podcast for people who don't know what a podcast is.”

The trio has kept impressively busy lately touring the country, headlining comedy clubs, and flexing their acting chops, respectively, but they still manage to get together to shoot the shit, freestyle battle, and roast each other.

“It’s kinda like a danger room for comedians; we just test out our jokes, test out our material,” English says. “It’s like we always chasing down jokes. And I feel like we kinda encourage each other.”

It’s not just the hosts who are digging the show, the podcast has found fans across the state, country, and abroad in other nations such as Ireland. “It’s just fun, man. It’s an exercise. We just blend together perfectly. It’s a good little gumbo.”

Named after the well-known route to the heart of Atlanta, the podcast celebrated its one-year anniversary in December in style by moving beyond the recording studio and stepping out on stage at Smith’s Olde Bar for a special live recording. And the new year looks to be another strong one for the podcast and its hosts. Most recently, the trio graced the stages of The Punchline comedy club for their second live show last week in addition to joining the All Def Digital comedy team.

Whether you're stuck on the 404 or rolling through billboard country on Route 66, 85 South is here to nix your boredom.