Measures could make it easier to tackle dilapidated homes 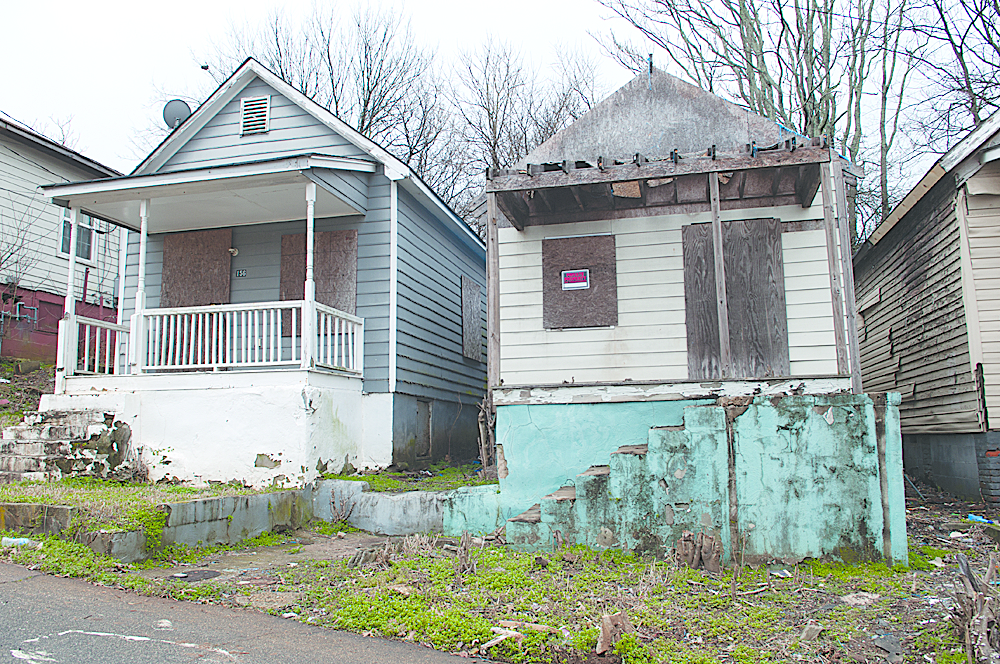 Photo credit:
A few days before Christmas, City Hall wrapped up a wish list for state lawmakers to tackle when the legislative session begins in January.Unlike previous years, there’s nothing on this list about guns, speed cameras, or hiking taxes on bar drinks. This year’s wish list from the mayor’s office, and Atlanta City Council outlines five changes to Georgia law that City Hall wants to see on blighted property, property titles, schools and annexations, and keeping a police record secret.The first would give the city something new to do with certain blighted properties. Right now, if a blighted property is condemned and taken over via eminent domain, a city has to keep the property in “public use” — that could mean roads, public utilities, or some government facility — for 20 years. The law aims to make sure cities and counties don’t abuse eminent domain to take property willy-nilly and flip it to private owners or use it for dubious projects.But sometimes cities find it too strong a deterrent; they don’t necessarily want to own a property for 20 years, so they might choose not to take over buildings that should be condemned. City Hall wants the law to specify that officials can transfer title on a condemned property to a private owner once the blight is remedied.The second puts a deadline of 24 months on one of the many legal actions that helps determine who owns a house. Settling a title is important, for example, if a homeowner dies without a will and it’s unclear who, among many relatives, may have an ownership stake in the house.Title problems become complex in poorer neighborhoods where people may bypass courts and wills over property that’s worth relatively little. But the problems of unclear title are legion and can stymie efforts to get a mortgage, sell the property, or get a repair loan. Nonprofits are offering legal help to clear titles on the Westside.Ashview Heights resident Elizabeth Whitmore, who’s been vocal in fighting blight, tells CL she thinks the city should also ask the state to allow programs that help residents take ownership of blighted properties they have maintained. Alan Holmes of the city’s code enforcement commission says the title resolution idea could see problem properties addressed sooner.Number three: If a city is annexing property outside its borders, Atlanta thinks the school district should have to give the public plan that would explain where children who reside in the newly annexed areas would go to school. It could apply in DeKalb if Atlanta seeks annexations there. The City of South Fulton stops Atlanta annexations in that direction.Number four is a Sunday brunch bill for the airport, which would allow by-the-drink sales on Sunday mornings. The city says travellers commonly complain that “other first-rate, world class airports” allow Sunday morning tipples.


And finally, number five is about investigations into allegations of police misconduct. A law enforcement agency, like the Atlanta Police Department, can conduct its investigation at the same time as a citizen panel, such as the Atlanta Citizen Review Board. If the citizen panel finishes first, its records would be kept secret until any and all other agencies finish investigations under this Atlanta’s proposal.