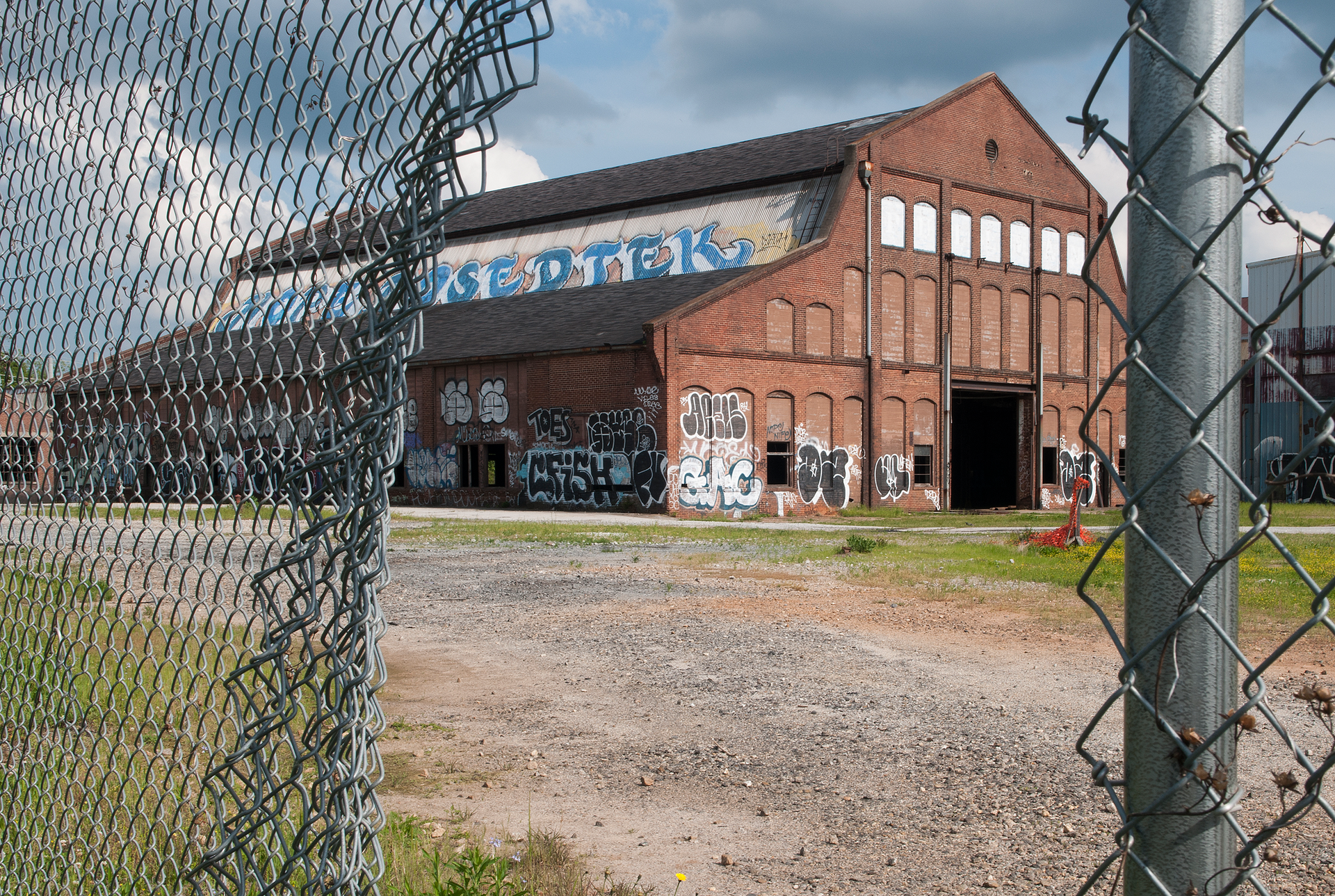 Photo credit:
In early December, state officials put up for sale Pratt-Pullman Yard, the 27-acre crumbling collection of brick buildings in Kirkwood. Inside a 43-page pack of materials outlining the property for potential buyers, one finds photos, surveys, and information about pollution on the former railcar service yard.Nowhere in the documents, however, does it say the new owners must preserve the buildings with saw-toothed roofs, vast service structures, and other buildings that have made Pullman Yard a go-to for film shoots and urban explorers. In other words, Pullman Yard could be a blank slate, a prime piece of real estate in one of Atlanta’s more desirable neighborhoods.The omission not to push for reusing or renovating the buildings jolted Atlanta’s preservation advocates and residents watching the city’s historic structures get demolished and be replaced by unimaginative developments. Losing Pullman Yard would not just be a missed opportunity but the complete erasure of a rare remainder of Atlanta’s beginning, they say.“It matters greatly,” says Mark McDonald, the executive director of the Georgia Trust for Historic Preservation. “The railroad heritage of Atlanta is the story of Atlanta. Atlanta wouldn’t be here without the railroad. It was what catapulted Atlanta into the 20th century until the airplane took over.”A spokesman for the State Properties Commission, the state agency handling the sale, said officials could not comment during bidding.Atlanta City Councilwoman Natalyn Archibong earlier this year dropped her effort to place landmark status on the property after state officials told Atlanta officials in a letter that it did not recognize the city’s authority to do so. Charles Lawrence, a historic preservation expert who has consulted for several parties interested in the property, says neighborhood groups have supported saving the buildings. Several groups have pitched ideas for the site that include preservation, including a nonprofit’s plans for soccer fields, a community garden, and housing and a private developer’s mixed-use concept. Lawrence says the state also once showed an interest. “In 2007, the state offered the property with preservation requirements written into the sale,” he says. “They received bids as high as $12 million in 2008. So what changed? Why can preservation of the last remaining 19th century industrial site not be done?”Boyd Coons of the Atlanta Preservation Center, the nonprofit that has placed Pullman Yard on its annual list of endangered sites, says he hopes the city would be engaged in the conversation surrounding what the state plans to do with what is publicly owned property. If the public wants it preserved, why not preserve it?


“We’re talking about a major site in the city and something that’s an essential part of our city, a very rare thing,” Coons says. “If it were properly done, think about how it would affect the whole area. Think about people who want an authentic place. This is a huge unique opportunity … why not go ahead and put some restrictions on it that would evoke a higher standard than a five-story, stick-built fire trap?”