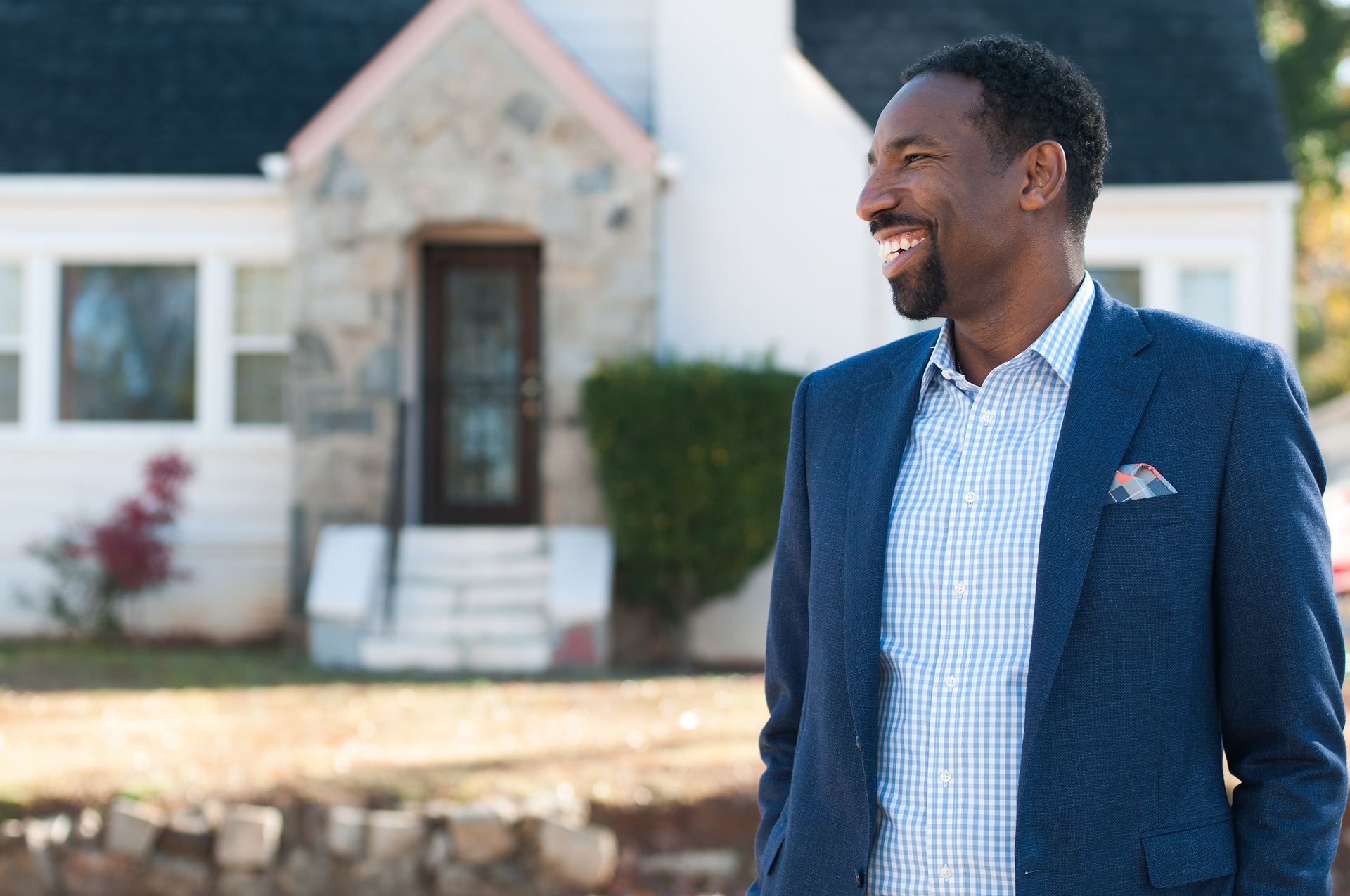 Photo credit:
On a recent November morning, Atlanta City Councilman Andre Dickens stood on a sidewalk in Mozley Park in northwest Atlanta.“I grew up a little west of here, but driving up and down these roads — my aunt used to live about 10 houses down from here — I know this area … I remember train tracks back here,” Dickens says, pointing at other new projects.The Atlanta Beltline Westside Trail is being laid behind the row of houses. And investors, Dickens says, cruise the street every day, looking to scoop up property to flip from folks who for whatever reason — fixed income, death in the family — have a hard time keeping up with taxes or repairs. One of the houses that is becoming Beltline-front property is a white bungalow with a new roof, windows, and HVAC unit. Dickens says it was fixed up for its longtime owners through a public program.“So I knew that these seniors you know, kind of, are preyed upon. And so with that, it touched me personally when I heard stories of folks leaving their homes they’ve been in 40, 50 years,” Dickens says.But it’s not just seniors on his mind. He’s thinking about all the people who want to live in Atlanta near grocery stores, great schools, great amenities, but can’t afford it: “If you work hard and you care to live in the city of Atlanta, we ought to have diverse housing options for people other than just $1,500 a month apartments,” Dickens says.Since joining the Council in 2014, Dickens has become known as “the affordability guy.” He’s broached the idea of requiring that new multi-family developments, wherever they are built in Atlanta, include affordable units. Dickens wrote the bill that says developments that tap public money have to price some homes for less well-off people. He’s also pondered whether the city should lobby state lawmakers to ask permission to cap rents near some large public investments, such as a new parks or amenities, to prevent displacement.Higher up on the to-do list is legislation requiring developers building apartments and condos along the wildly popular Beltline to make a percentage of their units affordable. Over the next six months to a year, Dickens will be hit from all sides: from affordable housing activists who think the ordinance does not go far enough, developers who think it goes too far, and some residents who don’t understand what affordable housing even means.Dickens, 42, has said that he wants some things to stay the same in Atlanta for young people like his daughter Bailey, now 11. That’s the hospitality, the friendliness, the openness that drew an inquiring neighbor lady out to chat to Dickens on the sidewalk on the street where his aunt used to live.


But growth needs to be more balanced, he says, so there aren’t “two Atlantas”: an affluent north side and a not-so-affluent south side, when Bailey grows up. “That’s my hope,” Dickens says, “that there will be opportunities all over this city for her to get a good quality of life.”