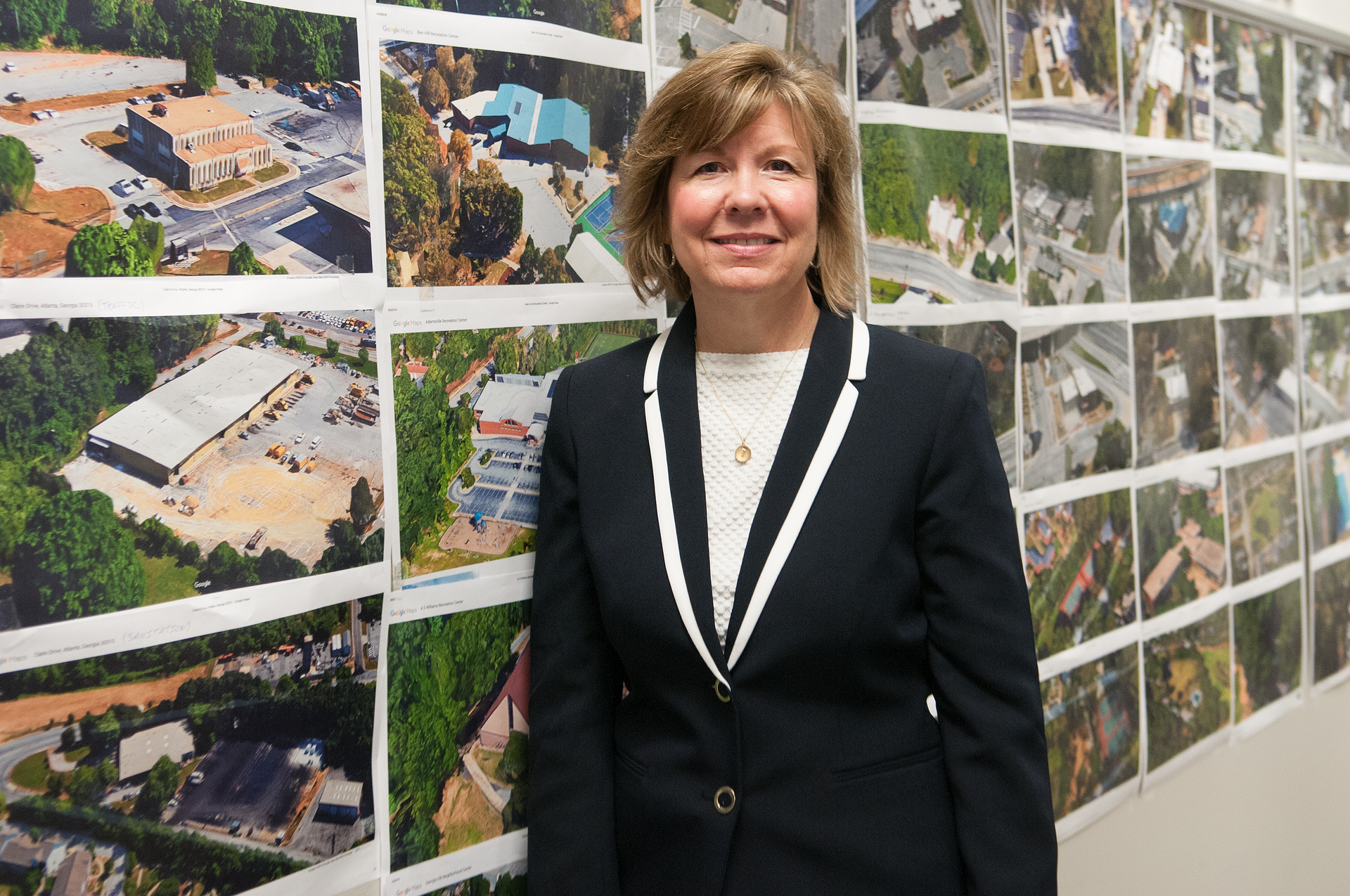 Photo credit:
Faye DiMassimo didn’t grow up wanting to be a planner.She started out in architecture at Auburn University. But then she looked over at what the planning students were up to. They were studying how to design whole communities. The idea of designing a single building sort of paled in comparison.“I became much more interested in how to design and have great communities instead of great buildings,” DiMassimo says. Into planning she went, most recently as the director of the Cobb County Department of Transportation. The 56-year-old Birmingham native left shortly after the Atlanta Braves announced they were exiting Turner Field for a new Cobb stadium at I-285 and I-75. DiMassimo traded the headache of managing tens of thousands of cars on Braves game days to … helping hundreds of thousands of cars navigate the streets of the capital city every day of the week.Now, as general manager of the Renew Atlanta bond program that voters approved in 2015, she is managing $250 million aimed at stitching together neighborhoods, retrofitting streets to make room for bicycles and pedestrians, and rehabbing buildings.Her to-do list is about to get longer, as she also takes on the list of projects in a $300 million voter-approved transportation tax. That cash will go toward turning intown highways such as West Peachtree Street, North Avenue, and Cascade Road into “complete streets,” buying railroad segments to complete the Atlanta Beltline, and building a network of multi-use trails.Getting it right means making major headway on turning Atlanta’s car friendly streets into areas where people can walk and pedal and make it easier to visit neighborhoods without a car. Getting it wrong means risking angering voters who, after taxing themselves for years to pay for new sewers and MARTA service, have agreed to do so again for transportation.“It’s both an awesome responsibility and an incredible opportunity, and I wake up every single day excited about it,” she says.A recent weeknight found her, like on many nights, at a public meeting, this one about how city officials should spend the newly found cash to fix DeKalb Avenue. Like other corridors, it’s due for an upgrade on her watch. DiMassimo has to oversee the redesign — what’s the best way to actually rework the road, the sidewalks, and the planned trail? Attendees buttonholed her in between viewing presentations and inspecting exhibits. She heard everybody, thanked them, and asked them to write their comments so they’d get compiled and considered.It’s in a city hall office piled with plans and technical drawings, where she works under a bright Peter Max-signed artwork celebrating Earth Day and beside a bookshelf crammed with keepsakes and books about traffic, that she sifts through the information, pores over spreadsheets, and manages roughly $650 million.She admittedly has a soft spot for some projects, like the North Avenue “smart corridor” initiative that includes better signals, crossings, and, one day, autonomous vehicle tests.


“What an extraordinary opportunity, and what more perfect place to do that than Atlanta?” she says.