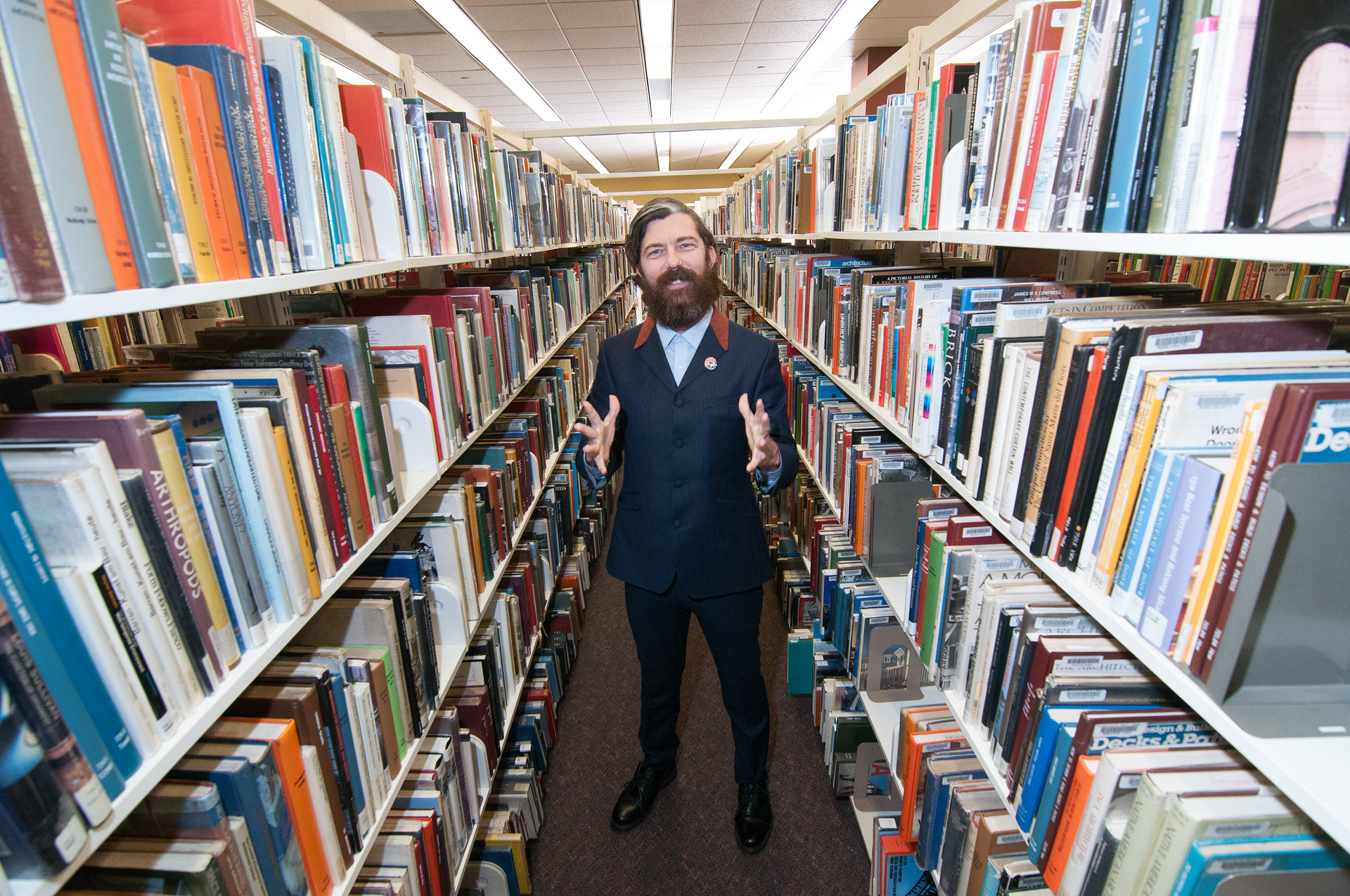 Photo credit:
People hoping for the Atlanta Fulton Library System director to be a clean-cut bureaucrat obsessed with the Dewey Decimal System might be taken aback with Gabriel Morley.The 42-year-old Louisiana native sports a mad scientist shock of white in his hair and bluegrass beard and has a knack for wearing sharp single-breasted blazers. He seems more like a cutting-room floor character from Alice in Wonderland than a man tasked with overseeing millions of books. And though Morley, who has been on the job since April, loves the printed word and what libraries do, he also sees the facilities as offering so much more.“I grew up in the library,” the Forsyth County resident says. “My family, we were all big readers. I always knew the library could do things other than what libraries were for … I envisioned that libraries would become much more of a platform to push out innovative solutions to community problems and to help start initiatives to help curb some social injustices around the community.”After spending 10 years as a journalist at a Louisiana newspaper, Morley decided to go back to school. He chose library management because, he says with a laugh, he wanted “to get rich and famous.” The job allowed him a chance to show that libraries could do more than just offer books and collect late fines.As director of the Calcasieu library system, he partnered with an official from the local chamber of commerce to create a program teaching workforce literacy and connecting people to job-training services to prepare for jobs created during the state’s oil and gas boom. The libraries served as the hub for the outreach.At another system, Morley realized libraries could not “continue to compel people to come to our facilities when it’s convenient for us.” He wanted to find ways to push the resources inside the building outside to the community. So Morley started a service that delivered materials three times a day to people’s houses. In the first year, he says, 16,000 books were checked out using the new model. Morley has also made available for check out items pegged to special occasions that don’t make much sense to buy (a heart-shaped cake pan) and sought-after expensive items (American Girl dolls).“The goal is not to be a warehouse of books and DVDs for people to check out,” he says. “It’s to be a service to the community and meet its needs.”At the same time, how libraries look and function are important. In addition to overseeing the system’s strategic plan, he will soon ink contracts to begin renovating seven facilities, including the system’s grand dame and most high-profile redo: the Central Atlanta Library branch. The tens of million of dollars to do so were approved by voters in a 2008 bond referendum. He must cater to politicians and advocates and pursue his own visions for a building that should serve patrons, attract tourists, host events, and instill civic pride. Expect fun.


“If it’s a 1950s kind of library I won’t be as excited. I hope we will have a lot of ideas that people won’t expect,” he says. “I think it’s something that’s going to be very radical, something young people and kids will like.”