First Slice 1-10-17: State lawmakers have returned to the Gold Dome for 40 days of legislatin'

Plus, a massive redevelopment opportunity awaits in Decatur

>> The Georgia General Assembly has returned. Prepare for madness.

>> The United Methodist Children’s Home in Decatur might sell its 77-acre property. If it does, what goes in its place? A school? Greenspace? A massive housing development?

>> A group of Cheetah dancers allege they were drugged and sexually assaulted at the Midtown strip club's VIP rooms. One dancer has filed a lawsuit, which the club's attorneys say is an attempt to "extort" money.

>> "Most SEALs did not commit atrocities, the sources said, but the problem was persistent and recurrent, like a stubborn virus. Senior leaders at the command knew about the misconduct and did little to eradicate it."

>> Donald Glover and the team behind "Atlanta" walked away with two Golden Globes on Sunday night. And he had special words for the city. 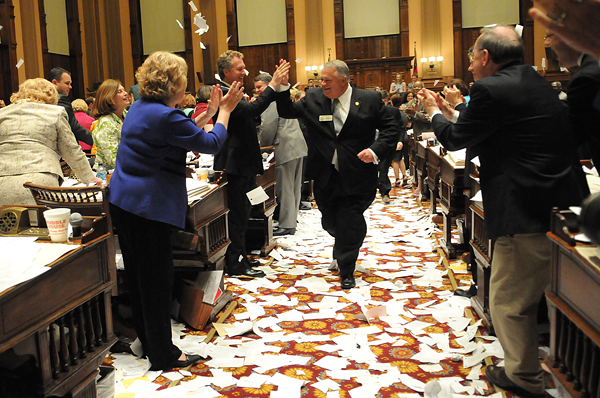