A tale of love and chocolate 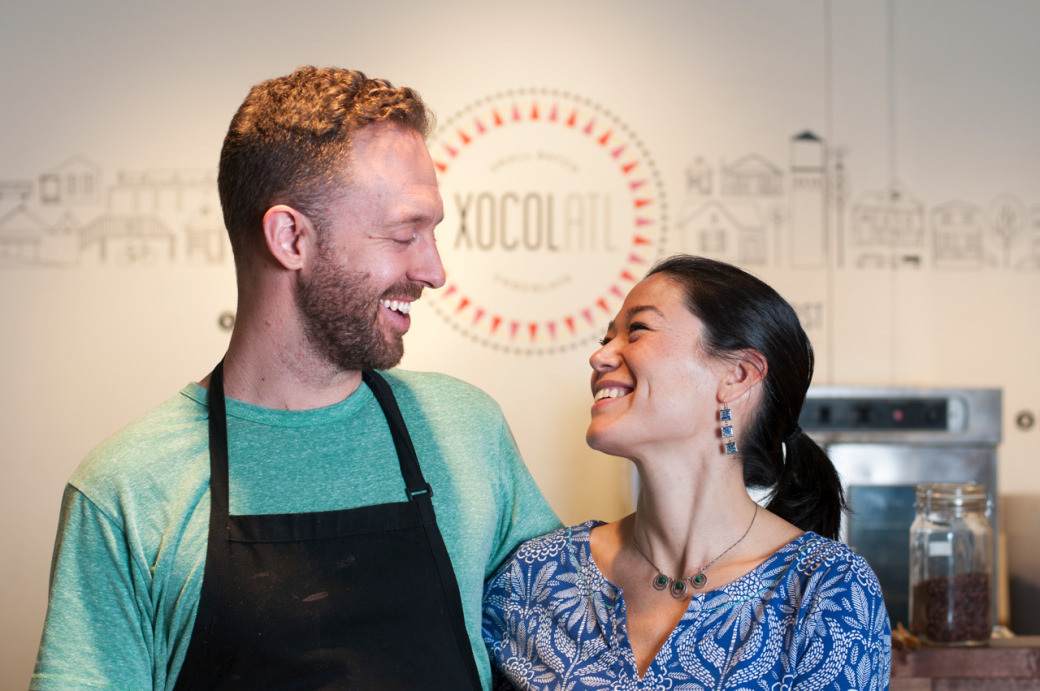 Back in 2004, Elaine Read and Matt Weyandt were working with the Democratic National Committee. He was on the West Coast, she was on the East, but when the two met at an organizing event, sparks flew. “Within the year, we knew we wanted to travel the world together, or at least start off with a chunk of it,” Read says. Despite spending only a few weeks in the same city, they got engaged and after the election went traveling together through Central America. “We kept each other up under reed roofs and in rain-drenched shacks dreaming big, vague dreams.”

The pair got married in Nicaragua and soon had their first child, a son named Ronan. After returning to Atlanta, Read started a career in international aid and Weyandt went to work as campaign manager for U.S. Rep. John Lewis’ 2012 reelection run. But eventually, both realized they were ready for a change.

“We felt we wanted to mix it up a little bit,” Weyandt says. “We had been doing these jobs and yet we were marching down this path. We talked about living outside the States again, but kept putting it off until we discovered that it will never be the right time. You just have to do it.”
And so, in 2013, right after their second child was born, they quit their jobs and moved to Costa Rica with 3-year-old Ronan and 4-month-old Eva. The family of four rented a little house in the rainforest, just up the hill from the beach. They hoped “to get away from work pressure and get into the rhythm of life,” Read says. “It’s much easier when you are not so concerned about the things that you need to be doing while being mentally checked out somewhere else.”

The family plan was open-ended: maybe they’d live in Costa Rica for six months, maybe a couple of years. Even on a tight budget, though, they couldn’t help but indulge in Costa Rica’s famous chocolate bars, best shared while swaying lazily in a hammock. Soon, they became curious about the chocolate’s origins. 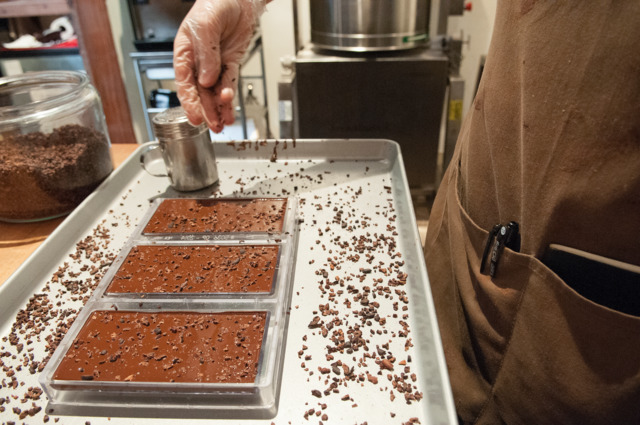 LIKE WATER FOR CHOCOLATE: Behind the scenes at Atlanta's tiniest chocolate factory. Photo credit: Joeff Davis


“We went on a tour of one of the cacao farms which was just cacao growing on a hillside and a little shack with chocolate-making equipment,” Weyandt says. “It was eye-opening that there wasn’t just one chocolate flavor. Different beans have different flavors and this whole world opened up.”

The couple befriended local farmers and started researching the chocolate-making process, from beans growing on trees to harvesting to the fermentation process. Along the way, they learned more about the economics of cacao farming, and realized they could pay the farmers a fairer price than the industrial chocolate market for high-quality beans.

Seizing an opportunity, they quickly developed the concept of Xocolatl, a small-batch chocolate factory named for the Aztec word for a bitter drink brewed with cacao beans, said to be the etymological origin of chocolate (also, it conveniently has ATL at the end). Weyandt pitched the idea to Krog Street Market’s developer from Costa Rica over Skype.

The call was a success; by 2014, Xocolatl was up and running. Today, it’s one of the smallest chocolate factories in the country, converting raw beans to finished chocolate bars in about 250 square feet. Next door, a 100-square-foot storage room houses three tons of cacao beans, waiting to be stone-ground into smooth chocolate. 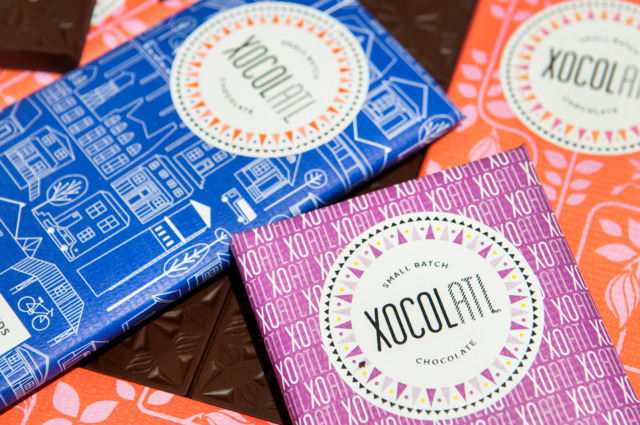 
Xocolatl’s bars are single origin with a base of just cacao and cane sugar. Added ingredients like coconut milk and vanilla-infused sea salt create more than a dozen varieties. “The way we make chocolate is more difficult because we do not include emulsifiers like soy bean oil,” Read says, “but we are happy to go through the harder process if it means it’s a food product we would be proud of making, selling and feeding our own kids.”

Weyandt and Read still travel to Central and South America often to source beans and visit farmers. Last summer, they went to the Peruvian Amazon with a group of craft chocolate-makers from around to world to take part in director Tim Shephard’s documentary Setting the Bar: A Craft Chocolate Origin Story. The forthcoming film delves into the economic realities of cacao farmers and the impact of deforestation in the Amazon.

Sourcing trips have usually been a couple’s vacation for Weyandt and Read, but in a few weeks they’ll head back to Nicaragua with both Ronan and Eva in tow — their first sourcing trip as a family. “In Costa Rica, Eva was growing up to be a jungle baby and by the time we left, Ronan was essentially swinging off rope vines,” Read says with a laugh. “This Nicaraguan trip will be a more low-key return to the jungle.”