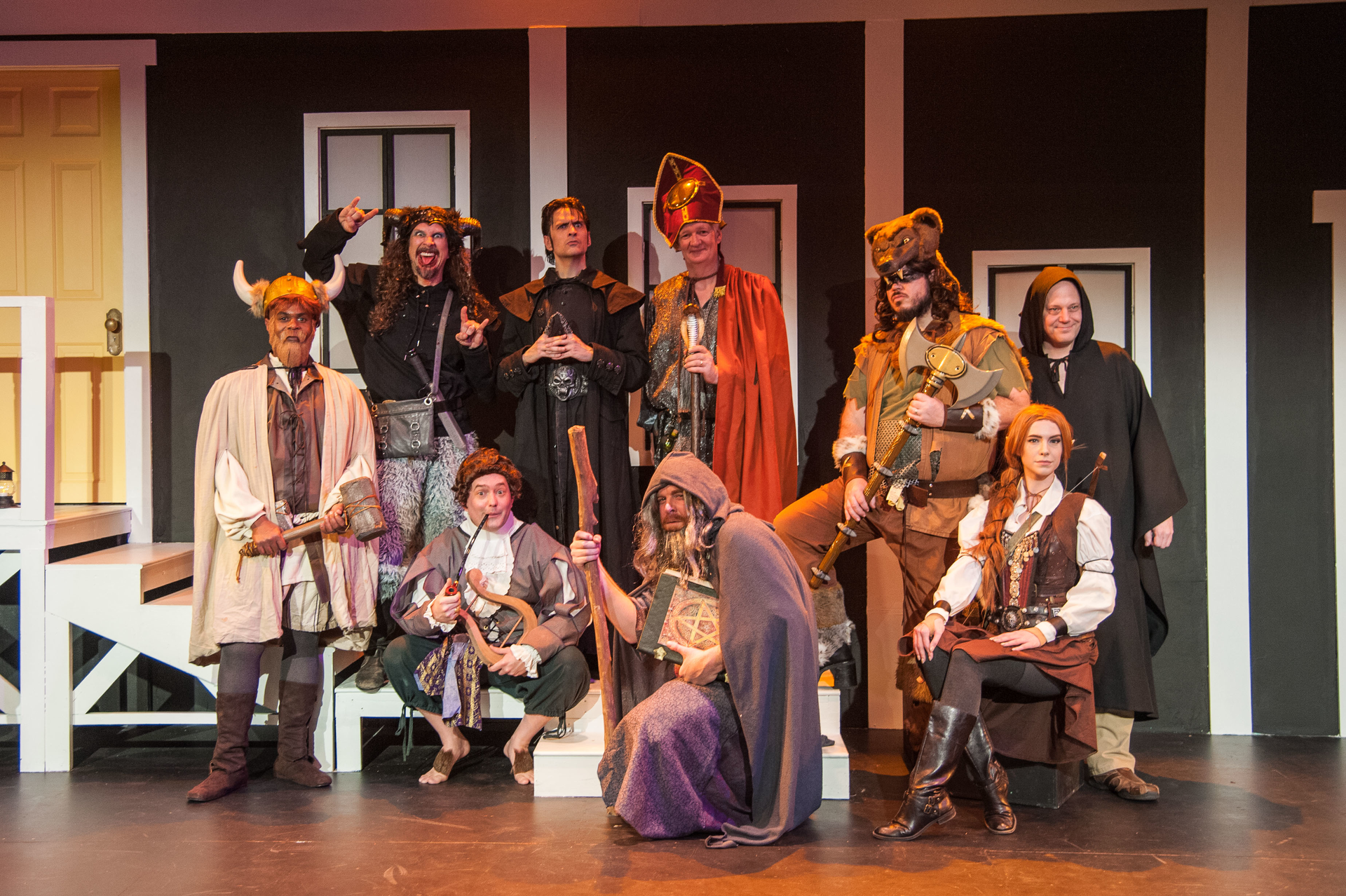 Dungeons and Dragons is a cornerstone of nerd-dom. In the tabletop game, participants role-play as elves, dwarves, wizards and more, slaying dragons, exploring foreign lands and fighting creatures who have less than noble intentions under the careful eye of a dungeon master.
“Tabletop role-playing games are escapism,” Improvised Dungeons and Dragons cast member Travis Sharp tells CL. “They’re a good way for friends to sit down and make up stories.”
In Improvised Dungeons and Dragons, Dad’s Garage Theatre Company capitalizes on the storytelling skills at the heart of both D&D and improv comedy. The 90-minute improv show marries the format of D&D with the visual spectacle of theater. An improviser in a dark tunic thrusts a sword into an elf carrying a bow while a wizard confronts a mysterious, hooded figure. Performers play one consistent character complete with strength, dexterity, constitution, intelligence, wisdom and charisma stats determined before the performance. A dungeon master uses audience suggestions to lay the groundwork for the evening’s exploits and guide the show.
“We get an audience of people who know the game so well that they get subtle references,” Sharp says.
The dungeon master uses character stats and a general feel for the narrative to dictate what happens next instead of the tabletop game’s traditional dice roll. Improvisers are literally risking their lives  — or, err, their character’s lives — with each move. If a character dies during the improvised adventure, they remain dead and won’t appear in future performances. Art imitates life.
While an appreciation for the geeky game is a plus, D&D knowledge isn’t required in order to understand or enjoy the show. At its core, Improvised Dungeons and Dragons — much like regular Dungeons and Dragons — is just funny people telling compelling stories in cool costumes.
Improvised Dungeons and Dragons. $14.50-$21.50. 8 p.m. Fri., Mar. 17. Dad’s Garage, 569 Ezzard St. 404-523-3143. www.dadsgarage.com.