The next step - Thomas Wheatley 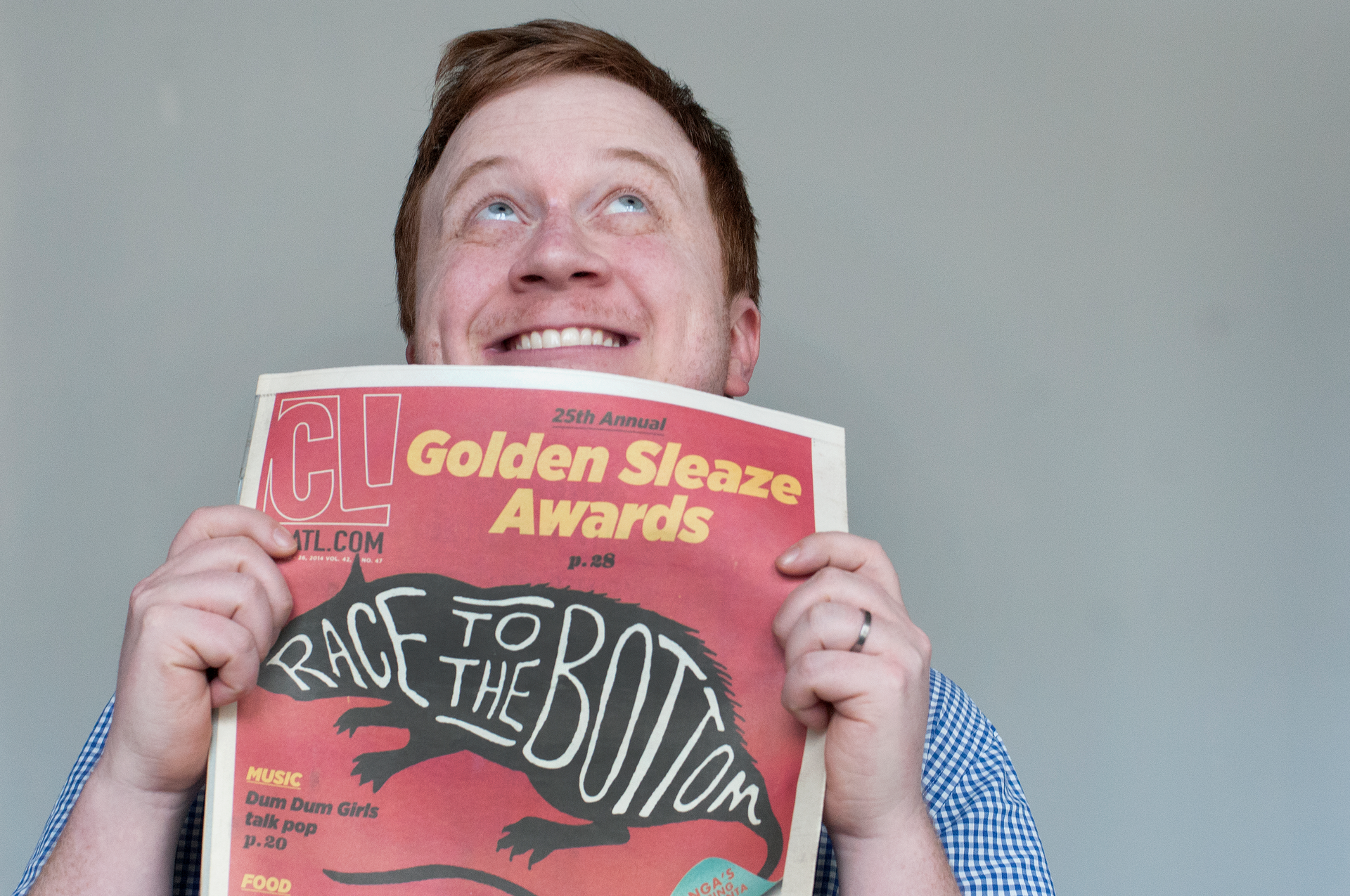 Photo credit:
On Jan. 17, after nine glorious years, God knows how many stories and blog posts, and mounds of paper piling higher and higher on my desk, I bid farewell to co-workers I consider friends and a newspaper I love. By the time this piece passes your eyeballs, I’ll be at Atlanta magazine, a publication I’ve long admired, where I’ll write and edit stories about this complex city.The first time I read Creative Loafing, I was a fifth- or sixth-grader living in the suburbs and spending my free time skateboarding or listening to punk and industrial music. My mom, aware that Cobb County was lacking when it came to cultural stimulation, suggested we take trips to Little Five Points. After I pored over band stickers and cassettes, my mom and I would meet up. She always had a copy of CL.On the car ride home I would study the articles. I had no clue what the news writers were writing about. But I was fascinated by how they wrote about it. I grew up in a household filled with magazines, books, and the nightly news, but CL was the first publication I read that had a voice. I knew I wanted to write that way. And I knew I wanted to at some point work at CL.You can imagine the joy I felt in 2007 when Ken Edelstein, the editor-in-chief at the time, and Scott Freeman, the senior editor, gave me a chance. Since then I’ve been fortunate to learn from, work alongside, and laugh and occasionally cry with a family of writers, editors, photographers, designers, and sales teams.I watched my work get torn apart and made legible by Edelstein, Freeman, Mara Shalhoup, and Debbie Michaud. Scott Henry taught me the importance of structure and some fashion sense. I learned that John Sugg was not as menacing as his author photos made him look. I once dressed as Santa Claus and Andisheh Nouraee sat on my lap. I shared laughter and deadlines with Gwynedd Stuart, Max Blau, Besha Rodell, Joeff Davis, Rodney Carmichael, Chad Radford, and Alicia Carter, and so many others. I would list them all if I had four more pages.Along the way I was able to find my own voice and became fascinated with the city where I was born. I wore hard hats in the “Horrible” Fifth District’s sewers with Congressman John Lewis, sat in living rooms of people fighting to keep their communities intact, and marched in streets alongside protesters. These experiences showed me that Atlanta has plenty of deep problems. But it’s also a city filled with people actively working to solve them. I had a chance to see what works, meet the people finding the answers, and occasionally pester people in power (it’s very cathartic to write the Golden Sleaze awards).


More than anything, my time here gave me the joy of being engaged with Atlanta. It showed me I can’t imagine another job as fulfilling as being able to write about the place you call home. You see people at their highs, lows, and in betweens, learn and help others discover how we got here, and play some small role in nudging the city closer to where it should be. It’s a good feeling to stand back and be proud of what you accomplished with people you love. Thank you for giving me that chance.