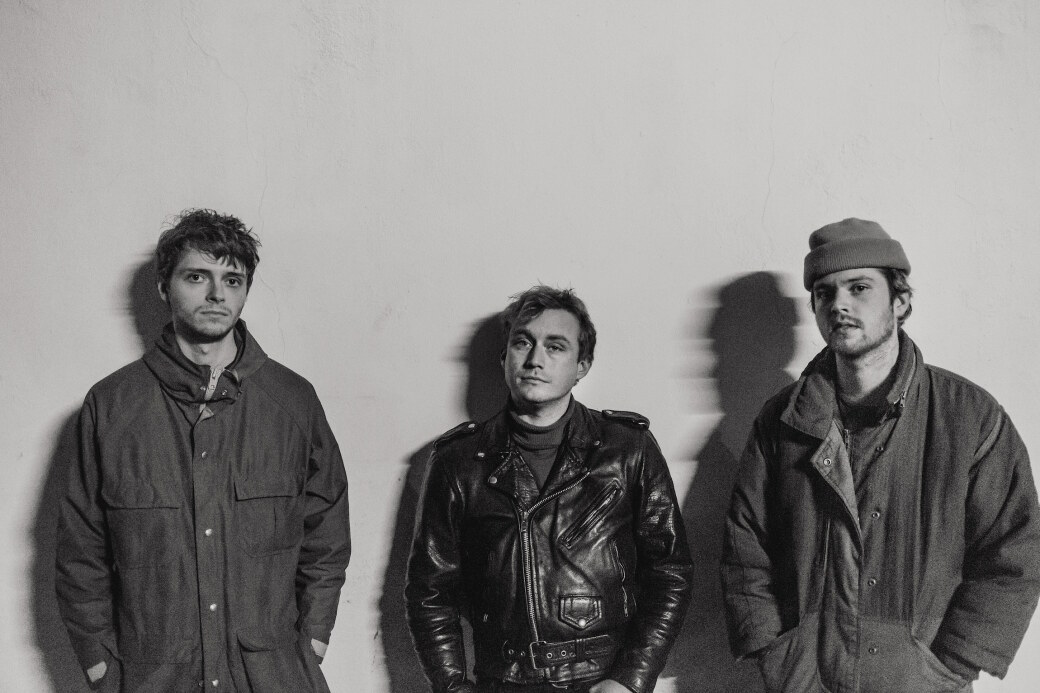 Omni’s sophomore album, Multi-task, finds the jittery Atlanta post-punk trio garnering national attention and high praise from the likes of Pitchfork and Noisey, and deservedly so. The album expands upon Philip Frobos’ feverishly zen lyrics and bass lines, and Frank Broyles’ buoyant guitar licks. Broyles also plays drums on both the band’s records (drummer Doug Bleichner has played most of the group’s live shows over the last year.

Good post-punk has always had a decidedly urban feel to it; music befitting fast-paced and concrete surroundings. Omni’s 2016 debut, Deluxe, laid the blueprint for the group’s stylistic approach. Multi-task, with Frobos’ wry observations on seeking connections in modern life and all but one song clocking in at under three minutes, , furthers the aesthetic. Although the band holed up in a remote cabin in the woods near Vienna, Georgia, to record with producer Nathaniel Higgins, Frobos says that living in the city and the frenetic life of a touring band inspired the album’s themes.

“Even though we went a couple hours down the road to record, we were on such regimented schedules that we never really left the city and all its energy,” Frobos says, adding that the record’s title is a nod to the band’s hectic lifestyle. “It’s something I believe that came from a late night in Europe, but we were so busy last year that when we weren’t touring we would immediately record for as long as possible before going on tour again. Somewhere in the balance we had lives and ended up with a new album, Multi-task.”

Frobos and Broyles take the madness in stride, adding that writing and recording the album was “casual and fun” — no surprise considering that Broyles spent time touring with Deerhunter, and plays on the album Monomania. Frobos is the former leader of Atlanta post-punk outfit Carnivores.

His loose confidence plays a big part in Omni’s sound. At first, Frobos’ lyrics seem like stream-of-conscious observations. But a deeper dive into his words reveals a songwriter grappling with what true connections to others means in the modern world. In the song “Choke” Frobos sings, “Choking on a couple of words, yeah they kinda fly like the birds/Take a deep breath that’s not so toxic, and remind yourself of all your logic.”

As the record plays on, a foreboding sense of anxiety grows in “Equestrian,” “Tuxedo Blues,” and “Type.” “I was contemplating what it means to be truly close to people, and how fleeting that can be,” Frobos says. “It’s undeniable that the present has seeped in a bit. People don’t often think before they speak, and even more so forget to look in the mirror.” But, he adds, “I don’t have any kind of grand ideology or agenda in response to the many interactions and encounters that inspired a lot of these lyrics, I just think it’s at times funny and interesting to highlight them.”

Making the most of these missed connections in the fast-paced, concrete environs of Atlanta and beyond is rich fodder for Omni’s sparkling, lo-fi hooks and tales of urban alienation.