The singer/songwriter talks LGBTQ issues and the ‘Age of Authenticity’ 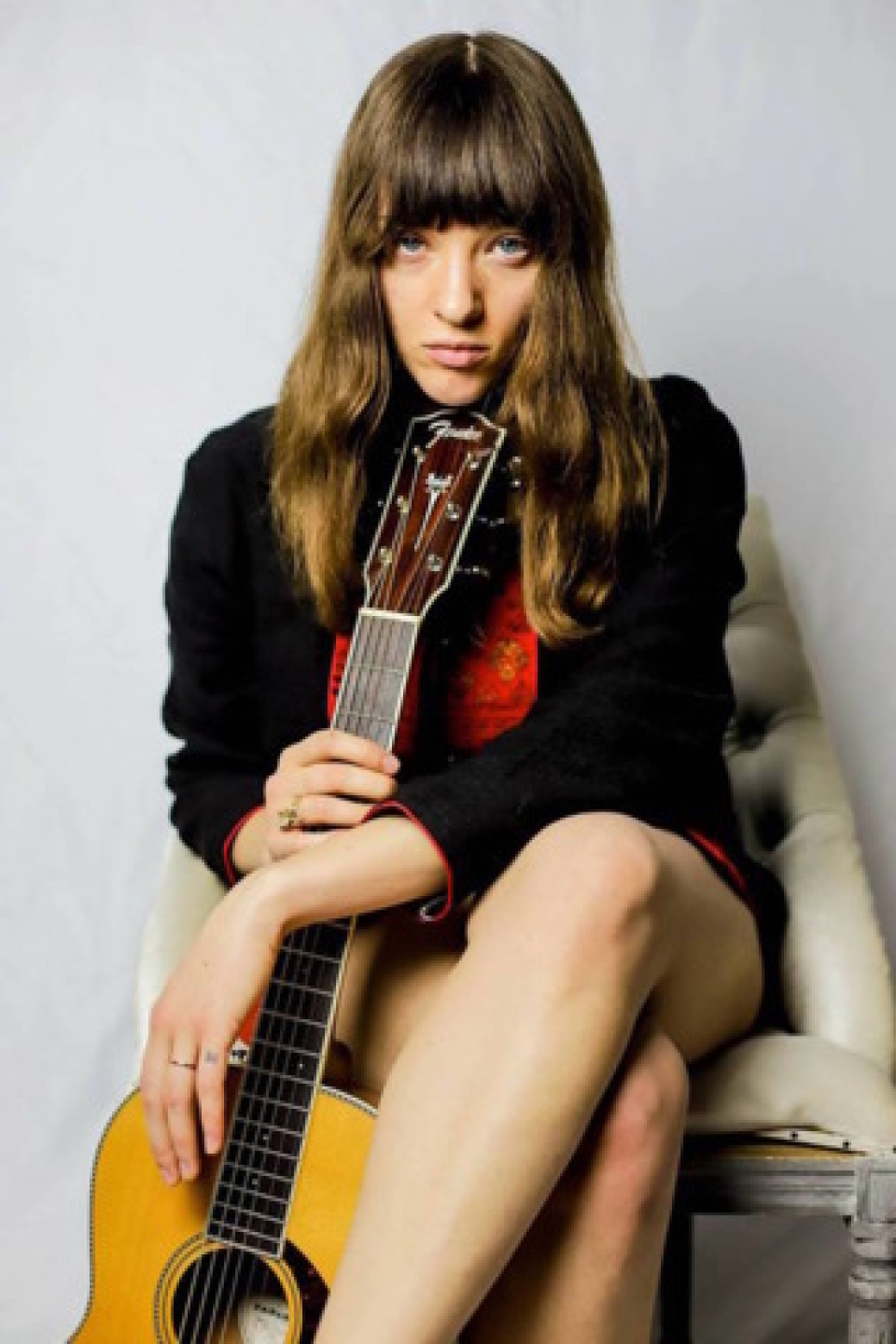 Photo credit: Kara Hammond
BY WAY OF GUITAR: "I’m not going to hide who I am to appease men in this industry." — Chelsea Shag
By Jacob Chisenhall Wednesday January 31, 2018 11:18 am EST

Salutations and welcome to Scene Diagnostics, a Q&A column in which individuals from all sides of Atlanta share their thoughts on the current state of the city’s music scene. Guests are encouraged to talk candidly about their experiences, in the hopes of inciting a broader conversation throughout the city.

Today’s guest is Chelsea Szegidewicz, better known by her stage name, Chelsea Shag. Over the last few years, Szegidewicz has become one of Atlanta’s most vivacious singer/songwriters, utilizing traditional pop composition and sleek production as the backdrop to her youthful, emphatic voice. We sat down with Szegidewicz at her Midtown pad to talk about LGBTQ issues, her upcoming albums, and overcoming sexism in the music industry.

Give us a synopsis of your musical career.

I started playing drums around the age of 7. By around age 11, I started self-learning guitar and writing my own songs. After high school, I went to the Atlanta Institute of Music, which taught me a lot more about jazz and musical theory. I never really played in a band, I was usually always at home writing songs and recording by myself. What are you working on now?I’ve got a five song EP called Satellites that is 99 percent done. The last track is being mastered right now, and I’m planning on releasing it in the next couple of months.  But I’m also working a full-length album, and that is like 80 percent done.

What can you tell us about these two releases?

Satellites is about being too connected to technology — how cell phones and being connected to people all the time impacts relationships. Nowadays when a relationship is over, we are still able to hold on to things after they end because you can still see them online. So it’s about ending those relationships I had, and also finding something that worked.I’m going in a different direction with the full-length. It’s more blues-y and guitar-focused. I’m trying to go back to the roots of my music to something with a more raw sound that is less produced and poppy.

As a queer artist who is involved in the city’s music scene, do you feel that Atlanta currently provides an adequate platform for LGBTQ performers?

We’re lucky to live in a small pocket that is really friendly to queer performers and artists. Anywhere outside of the city, queer communities, and especially queer music scenes, are basically non-existent, and venues are definitely less interested. Still, compared to other places like New York City, where there is such a large number of gay artists and gay clubs, Atlanta does pale in comparison.

We’re a bit disconnected, but I think that’s partially a generational thing. Since the passage of marriage equality, a lot of older LGBTQ feel that their fight is won. Which isn’t untrue, but young people are very focused on trans and non-binary issues that don’t seem as relevant to some older queer folks. I would really love to work together with more LGBTQ artists — not just musicians, but dancers and other creative types. Working with one another more often is something we should all be pushing for.

In your time being involved in Atlanta’s music industry, what experiences have stood out to you?

The biggest thing here is that some men still don’t take female musicians seriously. It mostly comes in the form of short, backhanded compliments like, “Wow, for a girl you play guitar pretty well.” You don’t even know how to react properly in the moment because comments like that happen so quickly. For example, early on I had a business meeting with someone who insisted that I shouldn’t come out as a lesbian. The argument was “Well, what about all the young, christian girls who would love you, and so on …” It brought me to tears, because there are still so many men who tell me that to be successful I have to seem “available” to a male audience. I’m not going to hide who I am to appease men in this industry.


Wow, I’m not overly surprised to hear offensive remarks like that still happening in 2018, but it’s still not easy to swallow.

I believe things will get better though. I think of all the generations before us and how much has changed in such a short time. I have a friend, she’s 45 now, and the other day she told me of all the horrific sexual harassment and assault she has dealt with during her time in the music industry. But even she can see the change happening nowadays, and I believe that our generation is bound and determined to change some shit up pretty soon. It may take some time, but it will happen.

Any parting words of wisdom?

To me, 2018 is the year of authenticity. People are starting to crave authenticity now, especially from musicians, because we’ve had so many changes to the way that we make music. You can do anything digitally, so the focus now seems to be about people just trying to be themselves, and showing that to the world as much as possible. I love that idea, and I think others should embrace the authentic.