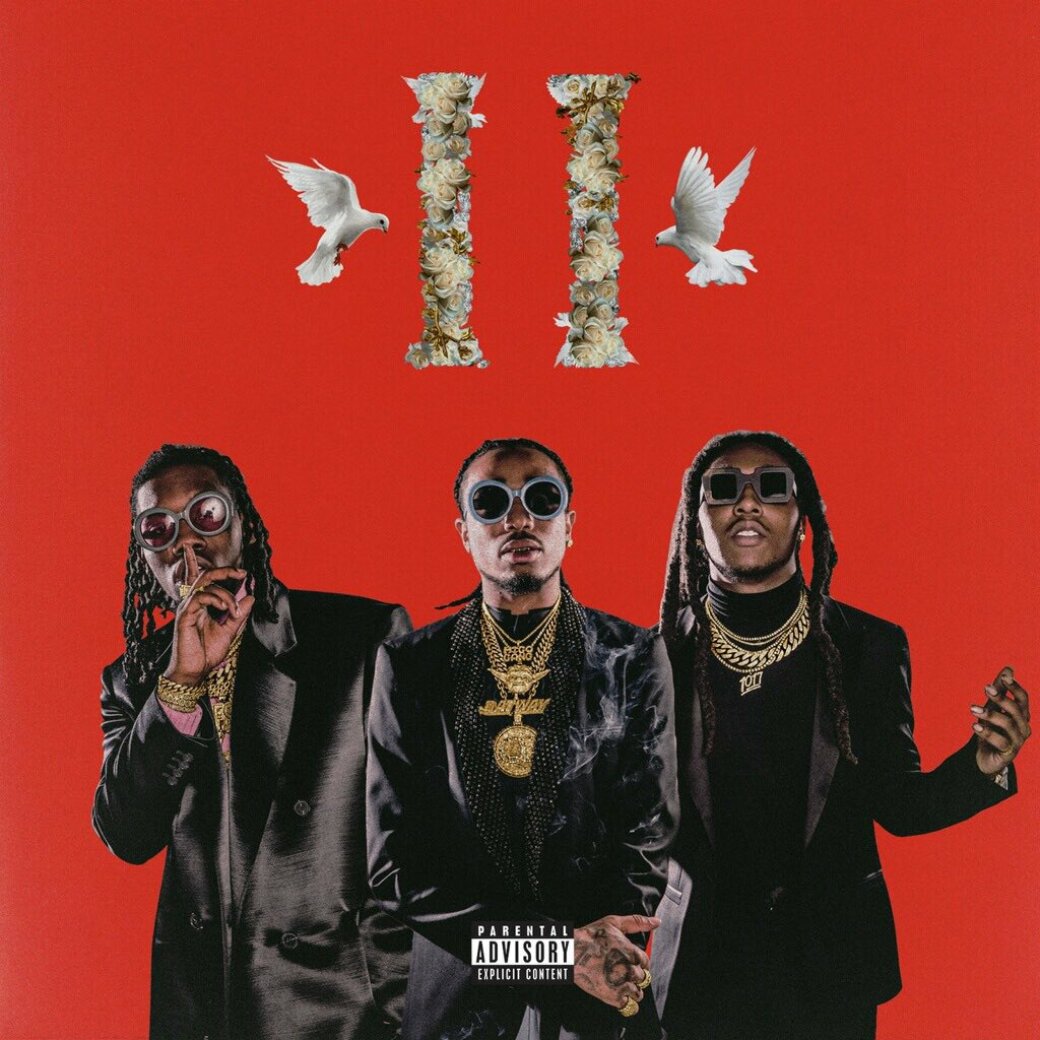 The previous weekend for Migos could’ve been massive. The trio released the follow up to 2017’s ''Culture'' and were nominated for two Grammys. If the album was received well and they secured their first Grammy win the accomplishments would solidify the Atlanta trap rappers’ status in the genre for another year. In an age where Soundcloud mumble rappers have pushed the boundaries of hip-hop and continuously ignored traditional genre conventions, Migos would continue to rule the trap scene. But, ''Culture II'' doesn’t live up to its predecessor, and Migos didn’t win a Grammy. The latter wasn’t terribly surprising. Securing one of five nominations, Childish Gambino (aka Donald Glover) was the only Atlanta rapper to leave New York with an award. Like East Atlanta singer/rapper 6lack, Migos were up against stiff competition. The group lost to Kendrick Lamar in the Best Rap Performance and Best Rap Album categories. The mediocrity of ''Culture II'' was much more of a disappointment than Migos not being victorious at an awards show that has long been criticized by rap fans as out of touch. [https://www.youtube.com/watch?v=DYga7qQMgtM|A year ago it seemed the “Rap Snacks” rappers could make anything into a hit with their knack for repetitive hooks, punctuated with animated ad libs]. But, spanning 24 songs, ''Culture II'' finds the trio overusing their signature style until it becomes stale. Instead of growing and capitalizing off of last year’s success, the trio offers more of the same. The goal with ''Culture II'' clearly isn’t to be the best, but to stay a part of the rap zeitgeist. Migos has been working for years to get to this level of success. Phoning it in now is a mistake. ''Culture II'' has a few standout numbers: “Narcos” finds Quavo declaring, “This real rap, no mumble” over a Spanish guitar. Four songs into the lengthy album, 21 Savage offers the first big moment with “BBO” (“Bad bitches only, bad bitches on me”), speeding up the tempo as the album begins to feel monotonous. Migos follows “Narcos” and “BBO” with “Auto Pilot” and the Drake-assisted “Walk It Talk It,” two songs that capitalize on the group’s knack for repetitive hooks, and could have easily been featured on the superior ''Culture'' album. Whereas all three rappers have noteworthy verses on the album, they’ve clearly learned their individual strengths. Quavo delivers the group’s signature hooks, Offset adds drama with his ad-libs, and Takeoff offers a final standout verse to close the song. Takeoff might have been “left off 'Bad and Boujee,’” but long time Migos fans have always recognized the rapper as an integral part of the group’s formula. As the album progresses, though, the songs become predictable. An album that spans nearly two hours, ''Culture II'' overwhelmingly feels like a lazy release for a group of rappers who have become mainstays on the ''Billboard'' charts and label-influenced streaming playlists such as Spotify’s Rap Caviar. ~~ ,#FFFFFF:As ~~[https://pitchfork.com/reviews/albums/migos-culture-ii/|Meaghan Garvey points out in her ]~~ ,#FFFFFF:[https://pitchfork.com/reviews/albums/migos-culture-ii/|Pitchfork review]~~, ''Culture II'' feels like a ploy for Migos to game the charting system, not a genuine effort to grow as artists. “... it seems more likely to be another attempt to game the current Billboard and RIAA rules, in which 1,500 individual song streams count towards one full album sale (thus, the more songs on an album, the higher and faster it charts).” To be fair, Migos aren’t the first artists to take advantage of changing industry rules. Atlanta rapper 21 Savage secured his first no. 1 single on the Billboard Hot 100 in 2017 after appearing on Post Malone’s “Rockstar.” [http://www.thefader.com/2017/10/17/post-malone-youtube-rockstar-chorus-loop|Malone’s label Republic was criticized for uploading a video to YouTube that only featured the song’s chorus on loop but was titled “official video” and was timed to be the same length as the full song]. The label quietly took the video down but by then “Rockstar” had already reached no. 1, assisted by the YouTube streams, where it remained for weeks. [https://www.billboard.com/articles/events/year-in-music-2017/8071075/21-savage-bank-account-interview-no-1s-2017|I interviewed 21 Savage around this time and asked him about the hack (although the exchange didn’t make the article).] He was initially unaware of the controversy, but believed fans watching a video of the song’s chorus on loop showed their interest in the song. To him, the streams were valid. We’ll find out soon if Migos’ lengthy album worked in their favor chart-wise, but one thing is for certain: ''Culture II'' isn’t a terrible album but it’s mediocrity hurts Migos more than it helps the trio. It's likely the album will also hurt the group’s credibility for fans who previously believed Migos weren't capable of making anything other than bangers. *** — ''[https://www.ticketfly.com/purchase/event/1600188?utm_medium=ampOfficialEvent&utm_source=fbTfly|The ATL Collective recreates Maxwell’s 1996 album Urban Hang Suite on Feb. 9 at Venkman’s]. Tickets are $25-$45.'' — ''[https://www.infiniteenergycenter.com/events/detail/tyler-the-creator-1|Tyler the Creator and Vince Staples are headed to Duluth on Feb. 10 for a concert at the Infinite Energy Center.] The show starts at 7:30 p.m. Tickets are $39.50.'' ____ — ''This year's Rose Bowl will be less depressing than the one that occurred in Atlanta earlier this year. ''''[https://www.aisle5atl.com/event/1618335-willie-hyn-confettii-rose-atlanta/|Rose Bowl ATL 2 will feature local artists such as Willie Hyn and Confettii Rose, Hero the Band, Rahbi, and more on Feb. 22]. The show begins at 9 p.m. at Aisle 5. Ticket are $20.''