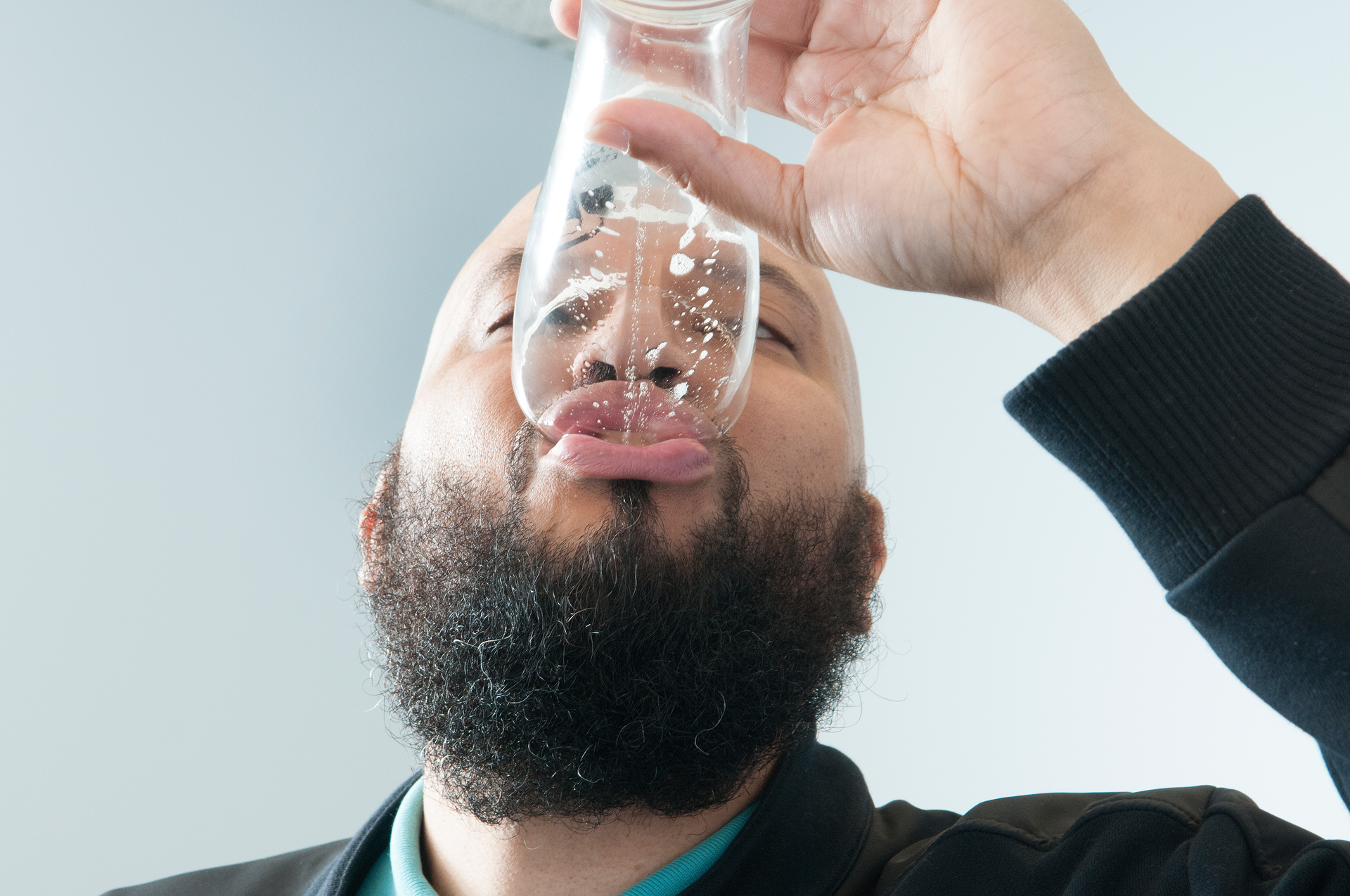 Photo credit:
Before he started High Gravity Hip Hop in Atlanta, Lenox Mercedes enjoyed the hip-hop culture of New York City. Born and raised in Queens, he describes himself as bone of a select few Gen X-ers who was privileged enough to be born into and raised by hip-hopbs golden era. Ibve break-danced for money, done graffiti, and MCbd b the only thing I didnbt do was DJ.bMercedes says he enjoyed MCing the most; hebs been doing it since he was 10 years old, often competing in hip-hop and spoken word competitions. bI think thatbs why I am so comfortable on stage today,b he says.And comfortable he is. A week before his interview with Creative Loafing, Mercedes traveled to Washington, D.C., to speak on a panel at the Craft Brewers Conference with representatives from New Belgium Brewing and Brewery Vivant. The trio discussed how hip-hop and craft breweries are bridging cultural divides. It was 2003 when Mercedes moved to Atlanta, and he discovered craft beer just a few years after that. Hebs paid the bills since working in higher education, artist and talent management, and project management. And then, of course, therebs HGHH, which he calls bthe first and only hip-hop beer festival in the world.b It was with all this in mind that CL picked his brain to find out what hebs digging these days and how craft beer and rap music can continue to collaborate going forward.Describe your first beer.My first taste of beer was a Budweiser. I was a kid; it was a sip. My mom loved it and would often cook with it. I have fond memories of weekends at the park, many Budweisers for the adults, and goat stew with a bsecretb ingredient.How did those first sips eventually lead you to your beer-inspired life today?That taste of beer at an early age made me aware of adult beverages. Growing up, I traveled to my motherbs homeland of Guayaquil, Ecuador many times. One of my older cousins became a chemical engineer and also held a masterbs in brewing. He went on to become a brewmaster for AmBev the biggest brewery in Latin America for many years. So that gave me some exposure even if I didnbt realize it at the time. I guess that led me to explore the adult beverage world a bit.I discovered craft beer in 2008 in Georgia. A friend put me onto the miracle nectar and I was hooked ever since. My first beers were Mendocinobs Eye of the Hawk, North Coastbs Old Rasputin, St. Bernardus, and Grain dbOrgebs Belzebuth.How did High Gravity Hip Hop get started, and how has it changed over the years?HGHH started because I wanted to build a better beer festival. It has grown into a complete lifestyle brand and is developing into the go-to agency for diversity marketing for the craft beer industry.Rock bands collaborate with breweries all the time. Why do you think there arenbt as many rap collaborations?I donbt know. The hip-hop collaborations I have seen are awesome. I was just at the latest one b Nappy Roots and Monday Night Brewing teamed up for a sweet hip-hop craft beer event at their brewery. Ibm looking forward to what breweries and the hip-hop community cook up. Therebs an unlimited ceiling in this area for both cultures. There is a true opportunity to bring people together during a time when the country needs it most.What else are you working on these days? We are working on launching the HGHH podcast bThe Audio Tasting,b where we bring craft beer and hip-hop pros together for a beer and a chat. We will be utilizing venues such as music studios, craft beer bars and breweries. We will also have a live studio audience for each show. Very excited about this project so keep your eye out for that.No value assignedUPCOMING BEER EVENTS:Three Taverns and Brouwers Verzet TakeoverWhen: Tues., May 16Where: Brick Store PubPrice: Depends how much you drink


To celebrate American Craft Beer Week, Brick Store will feature a lineup of standards and rarities from Three Taverns in Decatur and Brouwers Verzet in Belgium b the latter was started by Three Taverns brewmaster Joran Van Ginderachter.Brew at the ZooWhen: Sat., May 27Where: Zoo AtlantaPrice: $45-$100An evening at the zoo will include more than 70 different types of beer, wine, keeper talks and animal demos with some of the zoobs 1,000 nonhuman residents. Live music will come from local bands the Geeks, 8 Second Ride, RTW and Brad Jackson.B