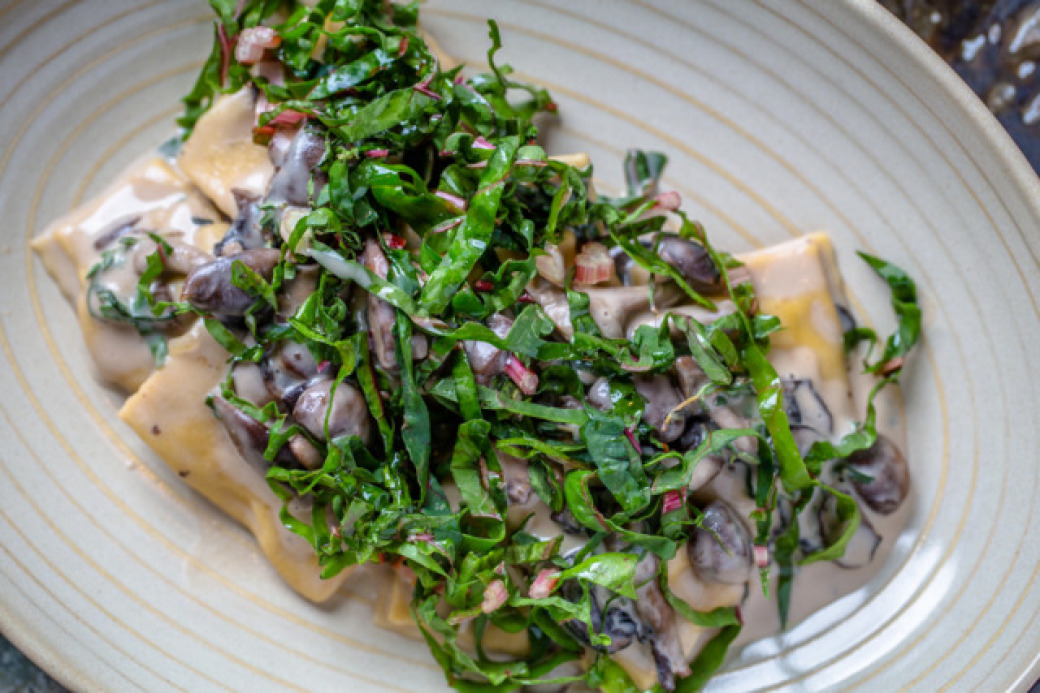 Oakhurst Village is getting an upgrade. Oak Brewpub opens Weds., Nov. 1 at 630 East Lake Dr. Owner/chef Daniel McKinney, a 20-year industry veteran, is classically trained in French, Italian and Spanish cuisines, but born and raised in the South. Oak Brewpub will serve up "small plate, European style food with a Southern flare,' according to a press release. On opening day, from 5-10 p.m., he'll be serving up complimentary food and discounted house beers. Check out the rocking chairs on the large patio.

Fox Bros Bar-B-Q and Taqueria del Sol have teamed up again in taco form. Their Hogs #3, available at both restaurants from Oct. 30 through Nov. 5, is a flour tortilla with chopped smoked brisket topped with Eddie Hernandez's tomatillo-serrano salsa, cilantro, and onion. All proceeds go to nonprofit Hogs for the Cause, benefitting pediatric brain cancer.

If you've been missing William Bubier, the dashing mątre D' formerly of Kimball House, we have good news: You can now find him at Golden Eagle. The Reynoldstown restaurant from Michael Lennox (Ladybird Grove and Mess Hall) opens Mon., Oct. 30.

Beer nerds! Sweet Water Brewery is releasing two new brews this Saturday. Hatchery Series #4 is a smooth and creamy chocolate milk stout. It will be available in bottles next week (sold in their tackle box) or on tap at the brewery. From the Woodlands Project comes Sinner's Son. The imperial stout with chocolate and vanilla notes matured in bourbon barrels and hits shelves next week.

Cheers to Brent Hesse, bar manager at the Mercury and general manager of soon to open Deep End. He was voted Best Bartender at last weekend's Taste of Atlanta bar competition.

Executive chef Juan Carlos Huerta at Centennial Olympic Park's Room at TWELVE Hotel has a happy hour solution. His "wallet friendly sushi' is available every day from 5:30-7:30 p.m. Rolls are just $4 each.

Bon Ton bartender Brendan Town made the top 10 out of entries from across the country in the sherry finals for the U.S. Sherry Cocktail Competition. We will be cheering him on when he competes for the crown at NYC's Clover Club on Mon., Oct. 30.

Grant Park's gluten-free restaurant and bakery Mediterranea has a new menu for fall, including flatbread pizzas, soups, salads, and sammies. They also have the cutest fall dessert: butter rum pudding is baked in a mini pumpkin and topped with cinnamon whipped cream. Look ma, no gluten!

From now through Nov. 4, Midtown's Ecco is serving its Sirens of the Sea menu of European coastal goodies. Some of the offerings include: scallop crudo, wood fired spiny lobster, squid a la plancha, and grilled prawns with garlic chili oil.

In search of some corporatized Halloween spirit? From now through Oct. 31 you can order a zombie frappuccino from Starbucks. Frappuccino cream is infused with tart apple and caramel flavors and topped with pink whipped cream "brains' and red mocha drizzle "blood.' Scary stuff.