A conversation with James Hall

The Pleasure Club frontman reflects on his life’s experiences 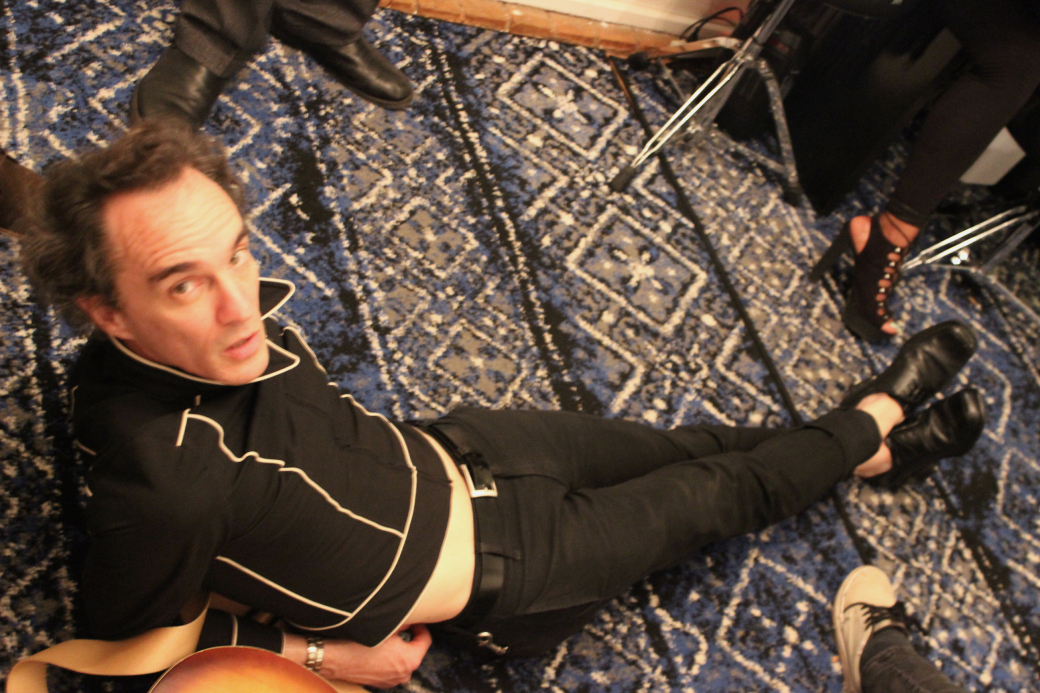 Photo credit: Charlie Danger Sheets
THE FUGITIVE KIND: James Hall leads the Pleasure Club for a two-night reunion at Smith’s Olde Bar Feb. 16 and 17.
By Loring Kemp Thursday February 15, 2018 04:45 pm EST
Since his days with late ’80s alt-rock group Mary My Hope, James Hall has remained a revered figure in the Atlanta music scene. For most, what distinguishes Hall is his frenetic live performance style, which can leave a crowd both exhilarated and a bit shaken. Although a commercial breakthrough evaded him after signing as a solo artist with Geffen in 1996, Hall was undeterred. Regrouping in New Orleans, he went on to form Pleasure Club with drummer Michael Jerome, bassist Grant Curry, and guitarist Marc Hutner. The band released two staggering soul-infused rock albums, The Fugitive Kind (2001) and Here Comes the Trick (2004).

Since relocating to Atlanta after Hurricane Katrina, Hall is once again a fixture in the local music community — a seemingly indefatigable seeker of sorts whose output has included solo work and as a frontman for Player/Kommander, the Futura Bold, and the Steady Wicked.

On the eve of two highly anticipated Pleasure Club reunion shows at Smith’s Old Bar, Hall took a few minutes to talk about his long career, and how his experiences in life have informed his outlook on success and the future.

Last time we did this was in 1996, before Geffen's release of your solo effort, Pleasure Club. Give me a sense of your perspective on that period now.

Also, my wife was pregnant with our son. He's 21 now. You have to factor in those respective things when thinking about time and considering where things go and how they can go. There are a few things I would do differently. I would have worked to be a better team player and considered other people's voices and insights on how to proceed. The other thing is, if I were supposed to sell records and tour the world, it would have happened. There would not have been anything I could do to stop it. I can see now it was sort of foolhardy of me to think the music we were making on the Geffen album was all that commercial. It was not really giving up a whole lot, you know?

It was a complex record with an unexpected mix of influences. I get what you're saying. Your latest record with The Steady Wicked, Electric Hex, is as strong as anything you've released over the years.

And the vast majority of that record is collaborative. It wouldn't be possible any other way. Grant told me years ago he felt that while I'm a quality musical mind, my strongest suit was as a world-class collaborator and frontman. That's something I've come to value over time because it stepped up the richness of my work.

How did the Pleasure Club reunion come up?

Grant reached out to me in a fairly direct way and asked me what I thought happened with Pleasure Club, and where I felt things were. I think we were a phenomenally successful band at what we set out to do, which was to make some powerfully disorienting, frightening, and creative music for the early 2000s. He asked me "Do you feel like we didn't get a fair shake?" It's hard for me to say because it could have just not been of our time.

I assumed Pleasure Club disbanded because of Hurricane Katrina. But that was not the case?

The geographic relocation of the band certainly did finalize some conversations. I also have to look at my part and where I was then. I was looking outside for approval, for satisfaction, for some sense of valuation on what I did, and it was never enough. It was confusing to people who didn't believe in me, and it was pissing off those who did. I was an excellent candidate for some paid couch time.

Was losing everything after Katrina a wake-up call?

It helped and brought me to the faith I am currently in the care of, which is about practicing extreme presence and awareness. In terms of it being the right storm for the right person, it couldn't have happened at a time where I was more ready for some sort of transformation.

That's what you hope for in those circumstances.

It's losing everything and in the same breath nothing of consequence. Cancer, hurricanes, automobile accidents have no power over the love I have for the people who are close to me. That was helpful when it came to Pleasure Club and reforming those friendships. I had a fair amount of regret over the way I handled things. One of the brilliant things Grant said was, "Don't apologize, let your participation be a working amends."

Are you working on a new Pleasure Club album?

Yes, we are intent on recording another album. We're gradually working toward it. My attitude now is vastly different. When I go in with Grant, we get a drink, catch up a little bit and then start working off a bass groove. He's really generous with his ideas. We'll work that out but not build too much into it because we respect Michael Jerome and Marc Hutner so much for their ability to contribute. I'm grateful that our process has gotten more purified.

Does that mean approaching older material differently for the reunion shows?

I'm keeping an open mind. I'm not thirty-two anymore. I've got to factor in rest and energy levels. There may just be a charge from Marc striking opening chords, and there's no question what music does for me in regard to performing. As far as feeling like we have to hold true to a recorded history, we go for the spirit of the song more so than anything else and always have. We're going to have to show up with the songs as they present themselves in 2018, as opposed to trying to force it to be just like 2001.

How satisfying was it to release the expanded edition of Mary My Hope's Museum on Cherry Red last year?

It was a surprise, and it's satisfying. Hugh Gilmour, who is a promoter of note in Britain basically funded the re-release and the acquisition. When Mary My Hope came over to open for goth legends Fields of the Nephilim in 1989, he was one of those kids down in the front kind of freaked out by what we were doing. They felt its originality, and they felt the statement. He had always wondered what happened to us. The brilliant thing he did in the liner notes was making it about his first experience with the album. For that to occur at about the 30th anniversary was remarkable.

The Afghan Whigs released a cover of Pleasure Club's "You Want Love," in honor of their late guitarist, Dave Rosser, over the summer.

They did a stunning version of it. I like the way he vamped on the end with the first and last verse. If you want people's attention, you have to show up with a premise of respect, and Greg Dulli has my attention. He spoke personally about his friendship with Dave and the loss of him as a band member. Going to see Pleasure Club was something they enjoyed doing together. When Marilyn Manson covered it it was more trying to be faithful to the original, but Greg really brought his inner Joy Division and Velvet Underground sound to it.

You're appearing with David J at one of his Living Room shows on March 1. You go back with David, starting from the Mary My Hope and Love and Rockets days.

Indeed. Mary My Hope opened for Love and Rockets at the Fox in 1989. That was like a fine jewel in the crown a difficult trajectory. Love and Rockets and Bauhaus were bands we had immense respect for. David is about 10 years older, and he was a big hero, but he communicated with us like we were only a year younger than him. When they released Sweet FA in 1996, and Pleasure Club was invited to open for them, I was like, "There is no one else that I would rather be touring with!" Nothing against Matchbox Twenty, but morally speaking there was something more secure in us doing a tour with a band we felt a kinship with.

You have a new solo album coming out the next day. There's a thread of immense respect for your past while embracing your future and the opportunities that come with it.

It’s very stripped down like the last one, Talking Freedom with the Jailer, which was about looking backward somewhat, because there were songs from the ’80s, ’90s, and 2000s. This record is going to have more recent compositions on it.