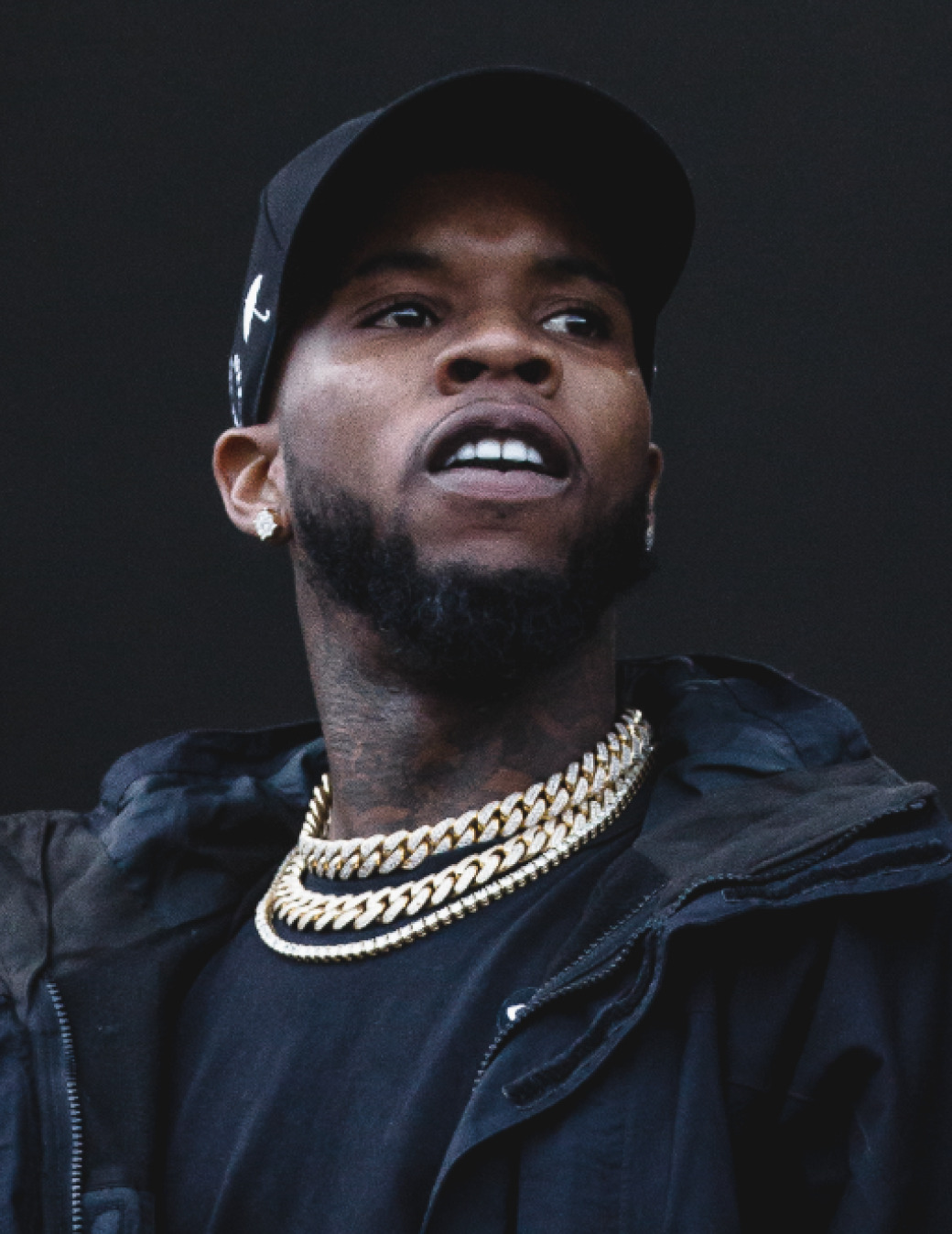 An Atlanta music festival promises to deliver a lineup as harmonious as the classic dessert pairing of milk and cookies. And, yes, there will be actual dessert.

R&B singer Tory Lanez is the headliner for the Atlanta-based Milk + Cookies Festival on April 7. Local acts, including LVRN’s Summer Walker and WERC Crew’s Xavier BLK are featured on the lineup as well.

Along with Reese, Chase Freeman, Bowe O’Brien, Greg Burton, and Jhordan Gibbs are responsible for the local festival. The groups are a part of two local promotions organizations, ADE and Bowe Inc., and have put on several concerts throughout the city and beyond. The group hosted the first Milk + Cookies Festival in 2016.

The carnival-style festival which offers a chance to enjoy rising R&B and hip-hop artists will take place at 787 Windsor again this year. In its inaugural year, Milk + Cookies featured artists such as Father, Kaytranada, and Hero the Band. Festival organizers expect attendance to double this year. About 3,500 people are expected to attend the day-long event in April. This year’s festival will feature an all new lineup, but the dessert companies, food trucks, and life-size games will once again return.

787 Windsor, which has served as the venue for other festivals such as Afropunk in recent years, is the perfect venue space for an eclectic festival like Milk + Cookies. The venue features beautiful graffiti walls, ample outdoor spaces for various food trucks and open spaces that are perfect for life-sized Jenga and beer pong. As someone who secretly despises festivals due to the large crowds, 787 Windsor’s setup is perfect for submerging yourself in the crowd for your favorite band before getting some fresh air without feeling claustrophobic.

“787 Windsor is just a really cool spot,” Reese said. “There’s a lot you can do so we wanted to bring additional amenities to the festival experience so that it could feel like a party, not just a music festival.”

The idea of playing life-sized Jenga while eating a sweet treat is appealing but it’s certainly not the draw for this festival. The lineup is the perfect hodgepodge of artists that are generating buzz on the underground scene and online. Festival organizers attribute the eclectic lineup to their love for hip-hop, R&B, EDM and pop, as well as their work within the industry. Bowe O’Brien said a major goal for the festival was to create a blend of national and local acts who have garnered followings as indie or mainstream artists.

Summer Walker is one of the newest LVRN-affiliated artists. The Atlanta singer hasn’t released an official project yet and there are only two videos of her on YouTube. In one video, Walker effortlessly blends Drake’s “Fake Love,” Rae Sremmurd’s “Black Beatles,” Ginuwine’s “Pony,” and Beyonce’s “Yes” together. It’s impossible to know how her original material will sound, Walker is likely still deciding on her artistic image and sound. But, she certainly has a smooth, sultry voice. Despite not having original music online, Walker has amassed quite a following on social media. The aspiring artist has more than 24,000 followers on Instagram.

Xavier BLK is the co-founder of popular event promoters and DJ collective WERC Crew. Even if your favorite underground or mainstream artist isn’t on the Milk + Cookies lineup, it’s possible that BLK might incorporate them into his set. Expect an energetic blend of R&B, hip-hop, Caribbean music, and more.

This year’s Milk + Cookies headliner is 25-year old Tory Lanez, who will release his sophomore album “Memories Don’t Die” in March, one month before his Milk + Cookies set. The singer is best known for sampling ’90s hits such as Brownstone’s “If You Love Me” and Tanto Metro and Devonte’s “Everyone Falls in Love” in his hit songs “Say It” and “LUV,” respectively. Xavier Omar, a rising R&B singer with Georgia ties is also billed. The singer has been crafting his sound for years, previously under the name SPZRKT. Omar released the “Pink Lightning” EP in 2017. Alina Baraz, known for her stunning electronic album “Urban Flora” with Galimatias and her 2017 “Electric” collaboration with Khalid, will also perform.

Reese says the upcoming Milk + Cookies festival is set apart from the inaugural event by its lineup. "The lineup is bigger,” he says. “The goal is to continue to surprise the audience."

Atlanta is home to many major music festivals. A3C, One MusicFest, and Afropunk all cater to urban music fans so it’s easy to assume the market is saturated. But, in a city where new festivals seemingly pop up every year, Milk + Cookies, with its carnival style and its focus on highlighting the future stars of R&B, is a welcome addition.


Jewel Wicker is an Atlanta native and award-winning freelance reporter who has been covering the music industry and hip-hop in Atlanta since she was a college student at Georgia State University. In her spare time, she loves to eat lemon pepper wings and debate the validity of your favorite artists.