The little country store that could 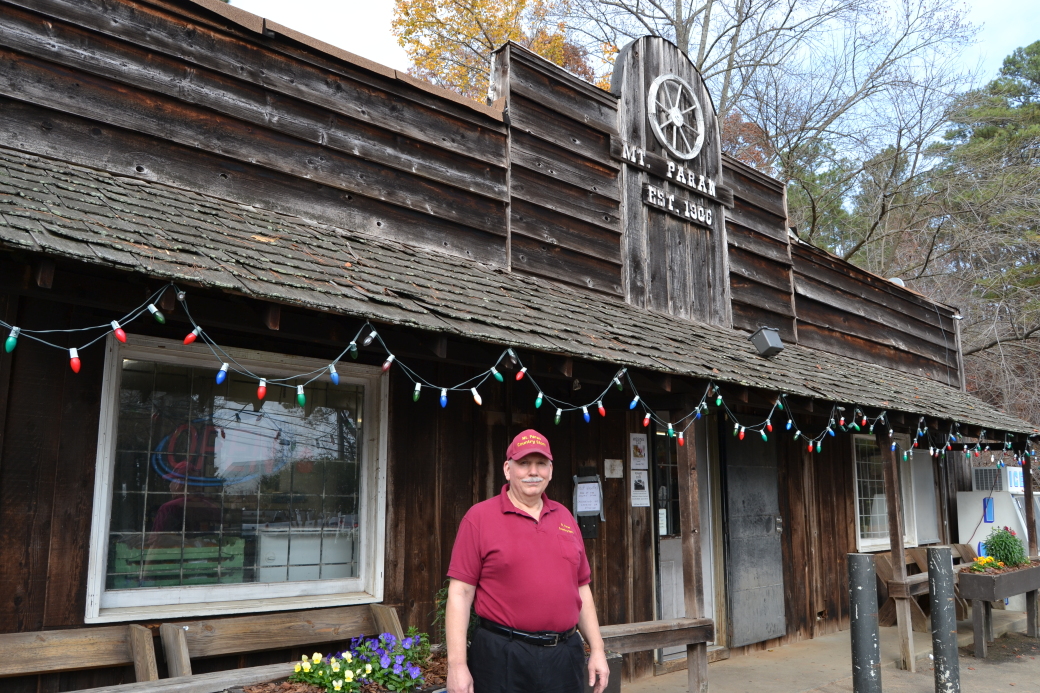 Nestled among the estates of Buckhead, there is a somewhat dilapidated old building topped by a wooden wagon wheel and the words, “Est. 1906.” The gas pumps outside and the bright red “Enjoy Coca-Cola” sign make clear that this is a convenience store, but it just feels so… out of place. After all, the neighborhood is among the wealthiest in town, lined with massive manicured lawns and houses hidden by thickets of trees, including older ranches that have somehow escaped the teardown tidal wave that has swept much of the area. There’s not another shop of any sort for miles around. The nearest home for sale, described by Sotheby’s as a “truly stunning European estate,” is listed at $9.88 million. Like I said, out of place. But this is the Mt. Paran Country Store, and it is a glorious anachronism.

If you arrive at the country store anywhere near lunchtime on a weekday, you’ll find the parking lot packed with landscaping, construction, and pool trucks, with a BMW or two thrown in, maybe a Rolls Royce. The benches and tables outside are filled with workers fortifying for the afternoon ahead. There may be a chicken or two prowling the pavement. Inside, the kitchen turns out a limited menu of affordable staples, mostly burgers and BBQ sandwiches, or biscuits if it’s morning. Sure, you can get any other typical convenience store pre-packaged fare – bags of pork rinds, tins of Vienna sausages, cups of instant ramen – but the burgers and biscuits are the draw. That said, the three microwaves ($0.25 charge for use) get plenty of action, especially from some of the Hispanic work crews who bring Tupperware dishes piled high with home-cooking that just needs a quick reheat.

Pete Chevallier, or “Mr. Pete” as many of the regulars call him, has been running the country store for the past 15 years. He’s friendly and decidedly down to earth, putting in long days that start around 5:30 a.m. when he pops the first biscuits into the oven. “My minority partner,” Pete tells me, “he got the store in 2002 when the lease ran up on the other guy, and he called me – I was working at a Shell station over in Tucker – and asked if I wanted to be a partner and run the business. We’re now just into another five-year lease. Whether we extend that or not, I’ll be 68 years old. I don’t know what I’m going to do!” He chuckles at the thought.

It’s hard to think of the country store continuing to exist without Mr. Pete, along with his wife, Jan, and a few longtime employees. Pete and Jan actually arrived a year or so after Lavern – the woman who works alongside them in the kitchen and takes credit for the store’s popular homemade chili. “The chili is her recipe,” Pete says. “The deviled eggs, the tuna fish: all hers.” He confides that Lavern likes to use a little bit of sugar in her cooking, and, sure enough, the chili, tuna salad, and deviled eggs all contain just enough sweetness to make you take note.

Besides the sugar, the Mt. Paran Country Store is notable for what it does not have. There’s no hint that this is a million-dollar neighborhood. No fancy coffee. No micro-craft beer. There’s no upscale Angus beef in the burger, nor artisanal ham on the biscuits. None of the gimmickry, even, that your average QT employs to earn a higher dollar ring per customer. “We’ve thought about salads,” Pete says, “but we haven’t gotten around to it. We’re just not in the salad business.”

Pete does make exceptions on carrying specialty items when his regulars ask for them. He ticks off the ones that come to mind: “ZERO bars, 5th Avenue, that’s real old school. I still have TaB, and I may be the only person in Atlanta that sells single cans of TaB. You got some people who have been drinking TaB for years and just don’t want to switch. I would get assaulted if I didn’t have it.”

The store’s big volume, though, is soft drinks and sports drinks — anything that satisfies the thirst of the many workers who keep the homes of Buckhead up and running. “When it’s 90 degrees outside, a full fridge of Gatorade or Powerade will be empty by the time four o’clock rolls around.“

I ask Pete how he’s managed to keep the customers coming back over the past 15 years, without feeling the urge to change much of anything. “We’re just here to help people out whenever they need something,” he replies. Somehow, as incongruous as it may seem on first glance, the Mt. Paran Country Store is exactly what the neighborhood needs.

It's the Korean take-out shop you never knew you needed | more...

Eduardo Porto Carreiro. It's a damn good name for a sommelier, isn't it? Exotic, complex with a touch of mystery? The man himself, like his actual title he was just promoted to beverage director for all Ford Fry Restaurants is more down to earth. After establishing a notable wine career in Los Angeles and New York, Porto Carreiro moved to Atlanta in March, along with his "very pregnant wife"... | more...

Our family Thanksgiving meal was fabulous, but it wasn't the turkey or the cranberries or the dressing that really distinguished it from other meals it was the gravy. Gravy is the glue (forgive the unappetizing term) that brings the Thanksgiving meal together. It bridges the turkey to the dressing to the cranberries to the rolls. It magically works with just about everything. I could (almost)... | more...

If there were an award for smiling-est bartender in town, Tiffanie Barriere, a.k.a the Drinking Coach, would surely be a finalist. Barriere may be best known for her long stint seven and a half years running the award-winning drinks program at One Flew South, the restaurant/bar that literally set the bar for airport awesomeness. But to Atlanta's tight-knit bartender community, Barriere is like... | more... 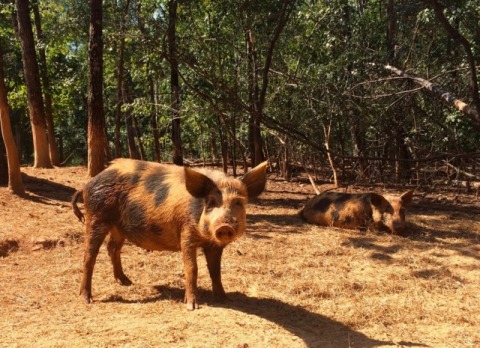 Marc Mousseau likes to tell a story. He's in a room full of people in Atlanta, asking four progressively more challenging questions about their familiarity with the Ossabaw pig. The story ends with a single audience member holding his hand up, the lone individual in the crowd who has not only heard of Ossabaw Island and the Ossabaw Island pig breed, but has actually eaten Ossabaw pork more than... | more...
Search for more by Brad Kaplan
Food & Drink Home