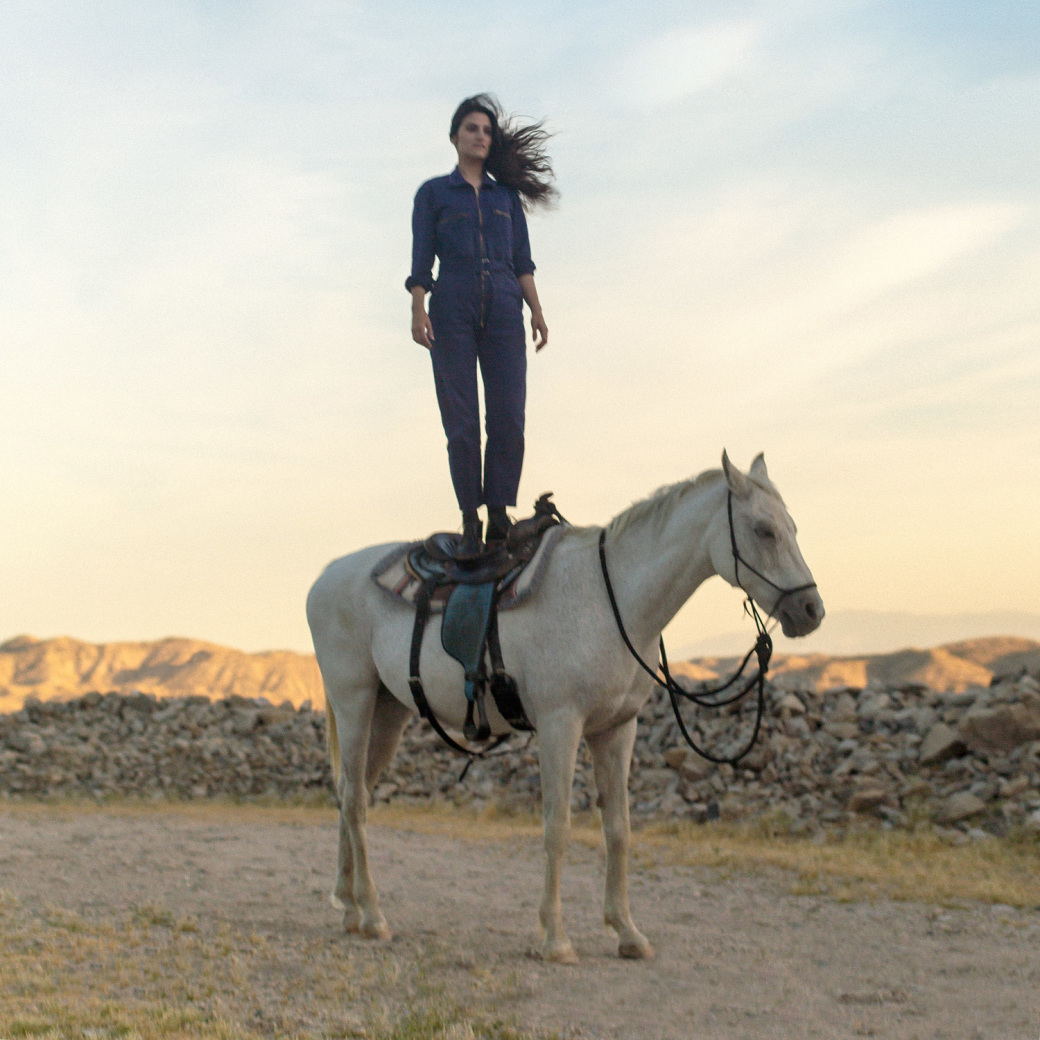 Photo credit: Jason Travis
AND THE HORSE SHE ROAD IN ON: The cover art for Mattiel Brown's Burger Records debut.
By Hal Horowitz Thursday April 5, 2018 09:55 AM EDT

Mattiel, who goes by her first name only, uses design work to earn a living, but music has taken priority in her life since the arrival of her self-titled 2017 Burger Records debut.

In 2014, Mattiel first heard the music of Black Linen, featuring guitarists/songwriters/singers Randy Michael and Jonah Swilley. Black Linen lists influences from Quentin Tarantino to Serge Gainsbourg, the Kinks, and Lee Hazlewood on the group’s Facebook page. Michael and Swilley’s vibe clicked with Mattiel, who reached out to create instrumental numbers for which she later composed lyrics. The songs were then recorded live in a few takes. “I hadn’t written any of my own material before that,” she says. “It was an experiment that turned into an album. Anything that comes out of my mouth is me, and anything else is Randy and Jonah.”

Mattiel is strongly influenced by her mother’s ’60s-era record collection as well as Jack White’s diverse outlook. The combination of tough Nancy Sinatra/Brandi Carlile-styled vocals, along with Swilley and Michael’s dark and soulful music, yields a pensive and rocking collection of songs driven by a retro groove.

Like her visual art, Mattiel’s music is arresting, colorful, and stripped to the essence. The response to her album has been somewhat overwhelming. In less than a year she’s risen from playing smaller venues, such as the Star Bar and the Drunken Unicorn, to playing two sold-out nights at Athens’ Georgia Theatre with Portugal. The Man. Music, it seems, may soon eclipse the rest of Mattiel’s creative endeavors.