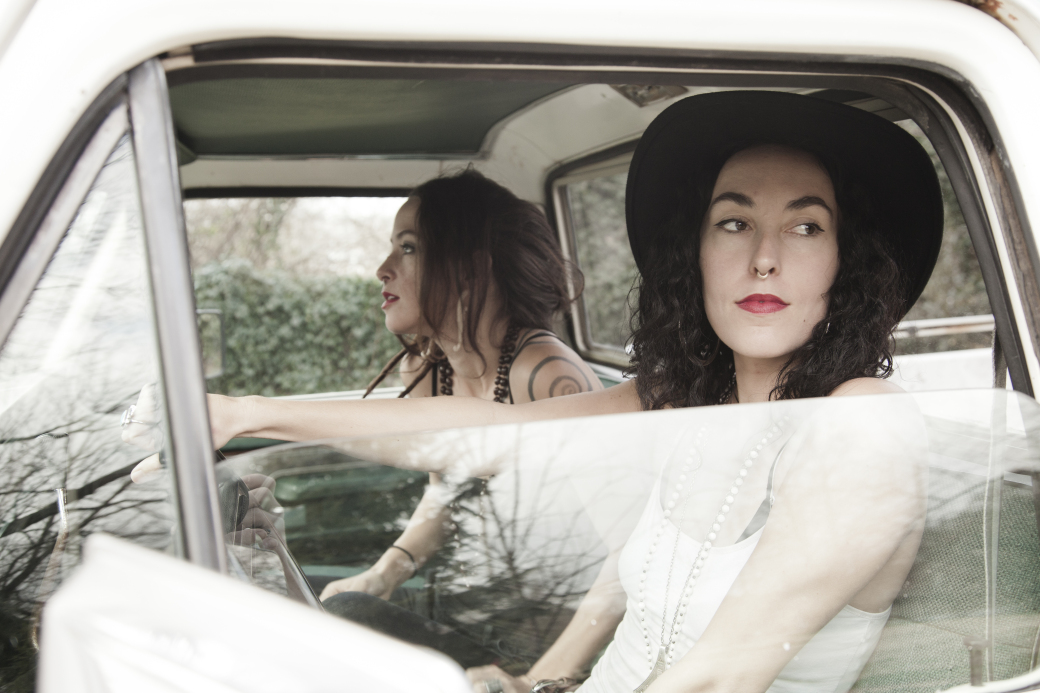 It all started as a modest home-brewed recording session — a CD that sisters Leah and Chloe Smith recorded in one afternoon in 2005, under the name Rising Appalachia. Leah & Chloe, as it came to be titled, was meant to be given to friends and family members, simply as an homage to the music on which the singing/multi-instrumentalist sisters were raised. But recording the CD was their introduction to the much larger world of a life in music.

Over the years, the once Little Five Points-based duo has evolved into a six-piece ensemble, garnering popularity around the country. They refer to the “South” as their current home. But their appearance at the Variety Playhouse on May 6 is their homecoming show. “There’s a lot of what I think of as the Atlanta vibe,” says Leah Song (changed from Smith), the elder sister by three and a half years. “It’s one part Southern folk and roots music, one part blues, funk, and soul, and one part our original rowdy folk anthems.”

With their most recent release, 2017’s live recording, titled Alive, Rising Appalachia is a successful, internationally-respected act, and has created a musical, environmental, and socio-political framework they call the Slow Music Movement.

The name originated with a Ted Talk that Song delivered in 2015. It’s a philosophy on which the sisters base their personal and professional lives. “As we’ve learned about the music industry, we wanted to have a relationship with a more alternative, grass roots, and sustainable way of traveling and connecting with our fans,” says Song. “We tour regionally and work with artists, nonprofits, and social justice workers.”

Atlanta’s rich culture influenced their blend of old Southern mountain music as well as the urban influences of neo soul and funk implied by their name. “We take it in some strange and pretty wonderful directions: Punk folk!”

“We grew up between Little Five Points and Decatur,” adds Song “It has always been an underappreciated city. After a lot of travel, we realized the community we grew up in was irreplaceable. We had gospel music, old-time dance bands, and women’s singing circles. So much rich musical heritage was around us.”

The current “Come to Life East Coast” tour is a nod to the Come to Life Arts Organization they work with, along with traveling when “everything is coming to life and sprouting.” The sisters’ vision of ecological renewal and audience inclusion remains, despite today’s divided political atmosphere. Song explains, “We’re always having conversations about how to create more dialog, more sustainability, and more justice in our work as performers.”