Summer Movies Beyond the Blockbusters 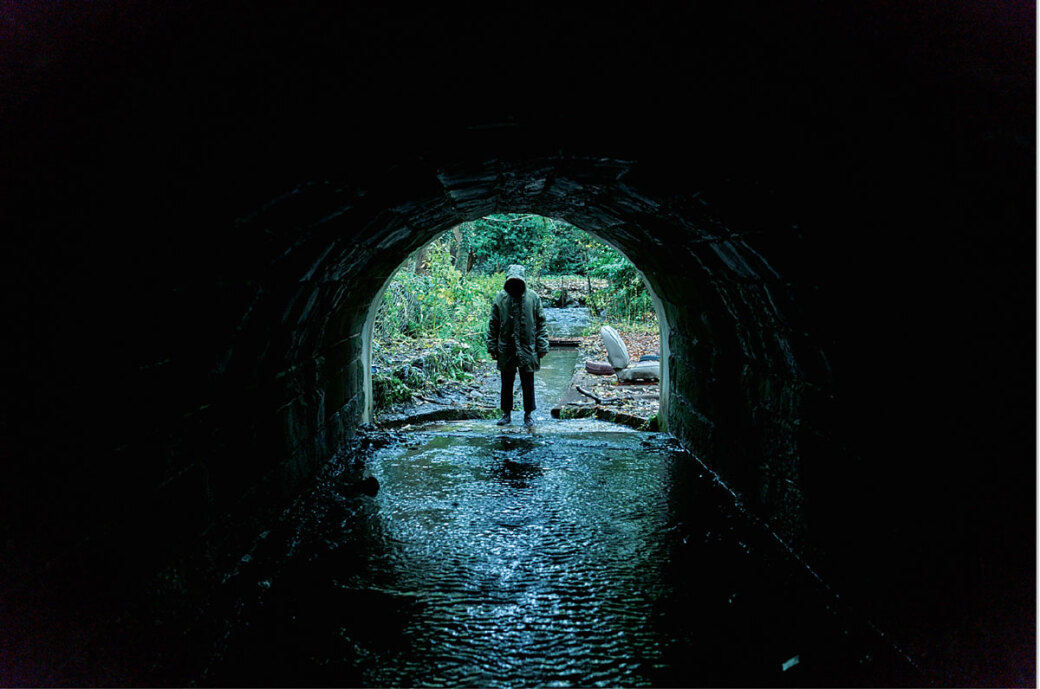 Photo credit: COURTESY OF IFC MIDNIGHT
LIGHT AT THE END OF THE TUNNEL: “Ghost Stories” pays homage to classic British horror.
By Curt Holman Friday May 4, 2018 11:30 AM EDT

Summer movie season has always been driven by marketing calculations, not the calendar. This year, the weeks of big budget blockbusters began earlier than ever, with the April 27 release of the Atlanta-filmed Avengers: Infinity War.

The following recommendations provide some counterprogramming to overblown Hollywood product. Some of them aren’t exactly high-brow, but still promise an alternative to the same old, same old. (Release dates subject to change.)

Ghost Stories (May 4) See review below.

The Rider (May 11) A rising rodeo star (Brady Jandreau) suffers a career-ending injury and struggles to adjust to his new circumstances in this lyrical Western drama
written and directed by American-based Chinese filmmaker Chloe Zhao. Winner of the Director’s Fortnight at the 2017 Cannes Film Festival and recipient of five Spirit Award nominations, The Rider co-stars Jandreau’s real family members as themselves, pushing the boundaries that determine what is reality and what is a figment of imagination.

Action Point (June 1) Promising to be one of the summer’s silliest movies, this slapstick comedy draws inspiration from Action Park, a notoriously unsafe New Jersey theme park. Johnny Knoxville plays a failing park owner who tries to reverse his fortunes by making the rides more exciting, with hair-raising results. Blending physical comedy and ’70s nostalgia, Action Point promises real stunts — Knoxville and costar Chris Pontius belonged to the “Jackass” ensemble — which can be surprisingly refreshing in an era of computer-generated cinematic spectacle. The outtakes alone should be worth checking out.

Hereditary (June 8) In this eerie, supernatural thriller from first-time filmmaker Ari Aster, Toni Collette of The Sixth Sense plays a mom who suspects a spirit is targeting her teenage daughter (Milly Shapiro). Production and distribution company A24 has won Oscars for the likes of Moonlight while delivering such thoughtful horror stories as The Witch and Green Room, giving Hereditary a highly promising pedigree.

Sorry to Bother You (July 6) American rapper, producer, screenwriter, and film director Boots Riley makes his directorial debut with this stylish social satire of race and consumerism in America. Get Out’s Lakeith Stanfield plays a telemarketer who finds increasing success the more he adopts a “white” accent (provided by “Arrested Development”’s David Cross). Compared to the genre-expanding films of Spike Jonze, Sorry to Bother You co-stars Tessa Thompson, Armie Hammer, and Danny Glover.

Hot Summer Nights (July 27) Timothée Chalamet follows his Oscar-nominated turn in Call Me By Your Name with a different kind of coming-of-age-story: A teenager summering on Cape Cod falls in love with It Follows’ Maika Monroe, starts dealing pot, and gets caught up in a local drug ring. The script was previously honored by the 2013 “Black List” of best unproduced screenplays.

As a reliable financial investment, the horror genre has been increasingly attracting ambitious filmmakers willing to dabble in the form, with John Krasinki’s A Quiet Place the most recent example. Ghost Stories, opening May 4 at Landmark Midtown Art Cinema, doesn’t really live up to its more serious ambitions, but still delivers a reiably fun creepshow that pays homage to the British horror films of past generations.

Andy Nyman and Jeremy Dyson wrote and directed the Ghost Stories based on their stage play, casting Nyman as Philip Goodman, a professor and debunker of phony
psychics. A paranormal expert believed long dead reaches out to Goodman with three cases that he could never disprove, challenging Goodman’s entrenched skepticism.

The film initially seems to be an oldschool anthology film, with Goodman investigating testimony involving a night watchman (Tony Matthews) at a former asylum;
a teenage boy (Alex Lawther) driving on a lonely road, and a wealthy expectant father (Martin Freeman of The Hobbit) alone in a modern house. Matthews, Lawther, and
Freeman all give engrossing performances in highly effective set pieces.

But Ghost Stories also proves to be a little rough around the edges, with Nyman seeming out of his depth as the lead actor. The film features plenty of jump scares and an effective mood of dread, but throws twists and red herrings at the audience, hinting at deeper themes without engaging very deeply with them. Ghost Stories provides enough chills to hold you over until the next truly great modern horror flick. Maybe it’ll be Hereditary.

Coming Attractions: “I am big – it’s the pictures that got small.” Gloria Swanson’s famous line as Norma Desmond in ’50s Sunset Boulevard could provide a motto for Turner Classic Movies’ “Big Screen Classics” series, which gives audiences the chance to see vintage films at modern cinemas. Sunset Boulevard screens on May 13 and 16 at Hollywood 24, Perimeter Pointe, and Sugarloaf Mills 18, and is a must-see for multiple reasons.

Plus, its depiction of Hollywood’s changing times and technology feels particularly relevant in an era when Netflix and streaming services are changing movie viewing habits and challenging the film industry’s conventional wisdom. With more opportunities than ever to watch films on increasingly small screens, Desmond deserves the chance to be seen on a big one. -CL