The Seattle quartet packs rock ’n’ roll with a bite 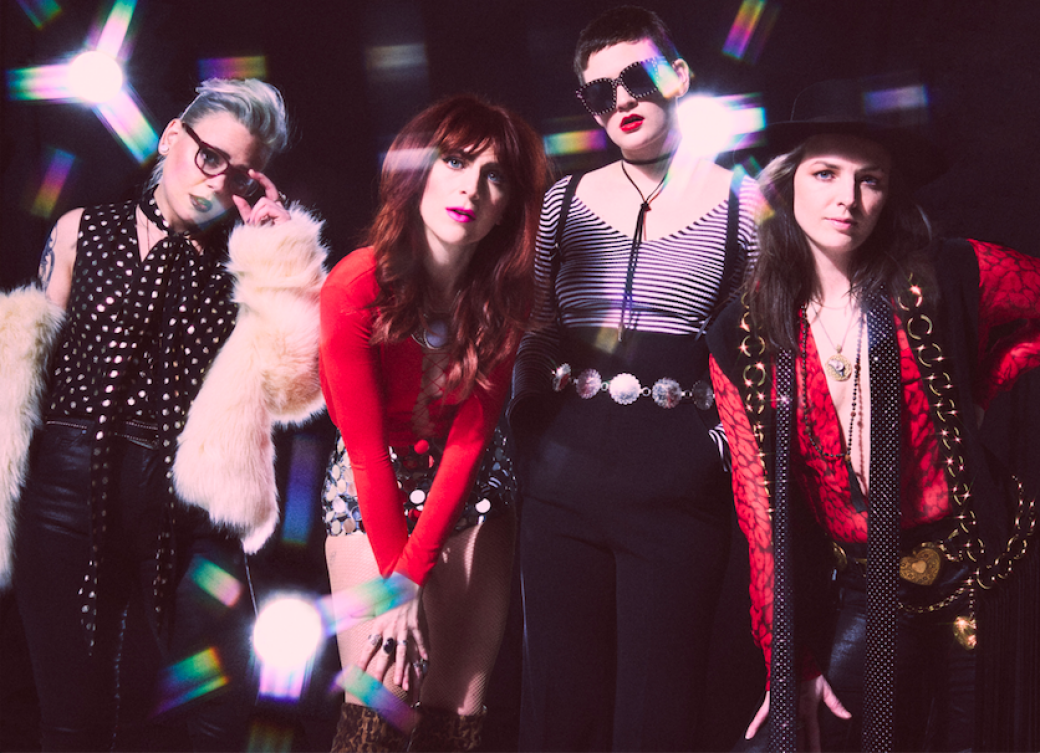 Photo credit: Meredith Truax
GRAB ’EM BY THE THUNDERPUSSY: The punk-inflected foursome kicks off their summer tour at Centerstage.
By Lauren Leathers Tuesday May 8, 2018 09:55 AM EDT

Petty — a Marietta, GA expat who played guitar with Deerhunter in 2008 for the Microcastle/Weird Era Cont. tour — has been known to break out a bullwhip during shows to crack onstage. On Greatest Tits, songs such as “Gentle Frame” and “Speed Queen” blend classic rock, blues, and jazz inflections. “Torpedo Love” shows off a more tender side of the group’s fiery and feminist punk attitude.

To Petty, having a word that is often viewed as degrading as part of their name displays a bold and fun-loving persona, one that refuses to take life too seriously. “It’s meant to be empowering,” Petty says. “Taking something that has traditionally been thought of as a derogatory word, and turning it into a power thing. We own our sexuality.”

The rock goddesses bring this same musical prowess to the stage. Petty says she may dust off the bullwhip, which, music aside, would be a spectacle to behold.