A band, a brewery, and a lot of love for craft beer 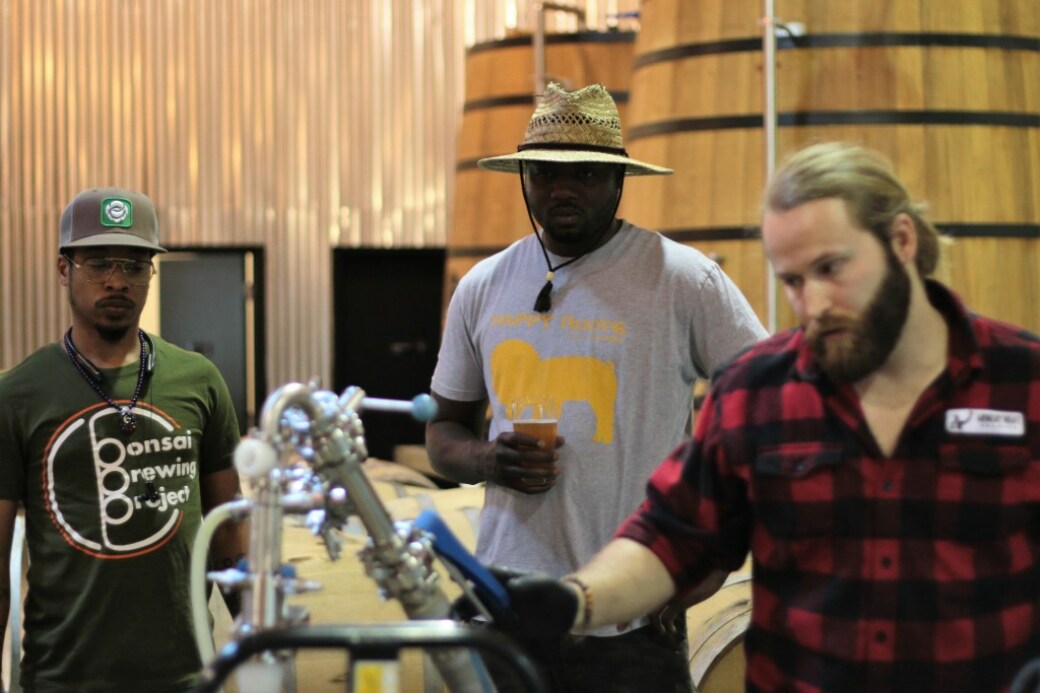 Photo credit: Courtesy of Monday Night Brewing
CONVERSATIONAL BREWS: “Beer is a conversation piece that open you up to so many other people and cultures that share the same common denominator,” — Skinny Deville
By Alex Patton Friday May 18, 2018 12:25 pm EDT

Imagine if Monday Night Brewing and Kentucky-based rap quartet Nappy Roots had a baby. Well, they kind of did. The two are teaming up to release the Humdinger, an imperial rye stout steeped with Ugandan vanilla beans and aged in Kentucky Bourbon barrels. The brew is named after the group’s 2008 record titled the Humdinger, which features tracks such as “Good Day” and “Small Town,” both of which provide homage to old-school, Southern “cookout hip-hop,” as the group describes.

Nappy Roots’ love of beer runs deep. The group recently started their own nano-brewing project titled Atlantacky Brewing and they plan to produce a brewery tour television show called “40Akerz & a Brew.” Not to mention, they released Front Porch Pale Ale in collab with Monday Night Brewing in 2017 and Watermelon, Chiquen & Gritz at Against the Grain Brewery in Louisville, Ky. earlier this month. Talk about a busy bunch.

Stop by the brewery today for a pint of new brew and a live DJ set by Jeremy Avalon.