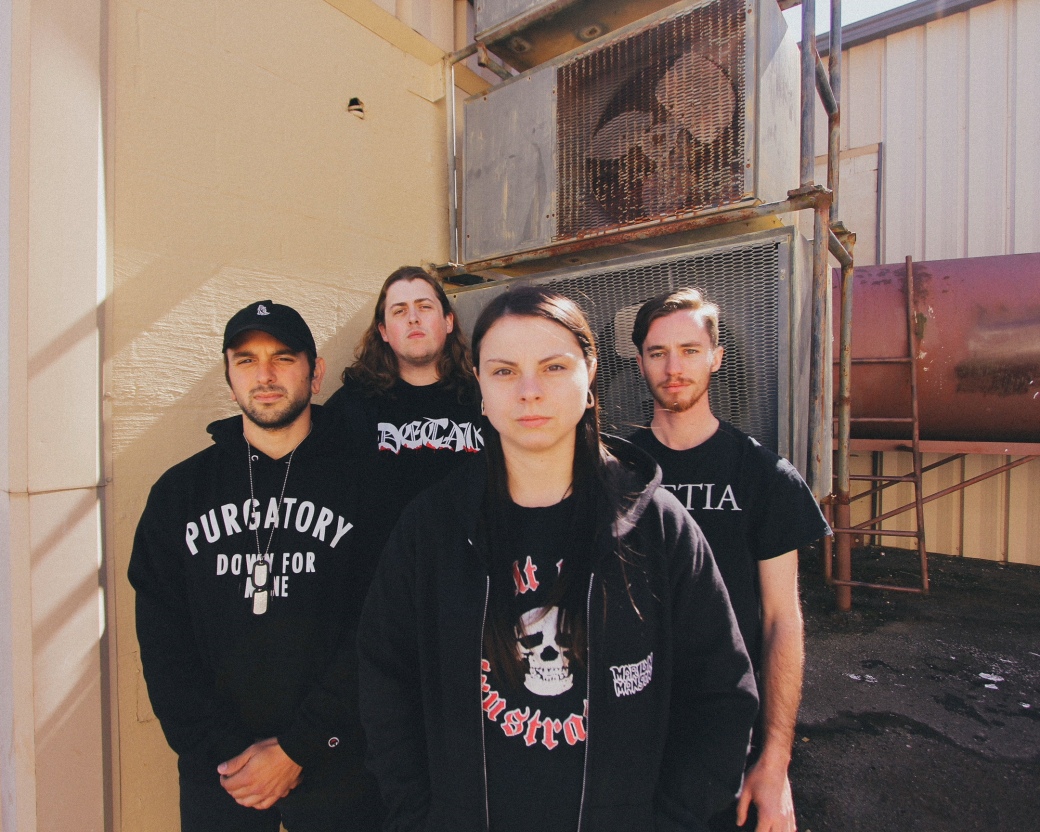 There is so much real-time confrontation bursting from Revenge Season’s first two EPs that it’s easy to forget the Atlanta hardcore outfit’s music is born of catharsis. Since 2016, Revenge Season has crafted a ferocious sound in which vocalist Morgan Rutledge channels social criticism and personal struggles through explosive, teeth-gnashing dirges.

In “Strength To Return,” the opening salvo from the group’s 2018 EP Eternal Despair, Rutledge’s growl comes to a brutally fine point when she declares, “I am empty, yet I feel pain.” Spiritually and aesthetically it’s an affirmation of what fuels the group’s bristling songs. For Rutledge, Revenge Season is a means of screaming “no,” and venting disgust over the low standards of everyday American culture. Each song seethes with angst over rejecting societal norms; more importantly, the songs are about not wanting to fit in.

With a lineup featuring guitarist Ryan Patterson, bass player Jon Freed, and drummer Mitchel Lyons, Revenge Season explodes with virulence in songs such as “Malfeasance” and “Show Your Face.” Tension grows from a crawl to a glacier-sized onslaught, galvanizing hardcore tropes with guitar-heavy power and existential contempt.
On stage, the “Intro” to the group’s 2017 EP, Filth of Humanity, is often played first. It’s a pummeling number that swirls like a brewing storm of alienation and brute force, warning anyone within earshot that Revenge Season means business when it comes to exorcising their personal demons.

Rutledge’s guttural delivery cuts deep with a heaviness that extends beyond words. “I’ve never been good at explaining how I feel about a lot of things — why I feel a certain way, or even how to do it,” she says. “I have insecurities that I know I probably shouldn’t have, and they’ve led me to a point where I hide things about myself. But when I write a song, all of my emotions come out.”

Her lyrics draw strength from rising above feelings of depression, anxiety, and inadequacy. It’s a timeless blueprint for hardcore, and in the wake of defunct bands such as Criminal Instinct and Foundation raising the bar high for the local scene, Revenge Season is a torchbearer for a larger community. The group maintains a heavy touring schedule, spending as much time on the road as it does at home — Lyons lives in Nashville, while the rest of the group is spread throughout metro Atlanta.

In the group’s short discography — nine songs recorded and released so far — it’s “Scarred” from Eternal Despair that resonates with Rutledge on the deepest level. “I wrote it while I was going through a breakup that messed up everything for me mentally,” she says. “I sang it at a show around then, and I felt more emotion in it than any other song. I was literally having a moment, realizing I had the ability to write a decent song. That’s why I do this."

Writing music inspired by real life converting inward tension into positive energy — these are the earmarks that make Revenge Season a seminal musical fixture for Atlanta, raising the bar even higher for hardcore.