The Alice In Chains singer reflects on a life in music 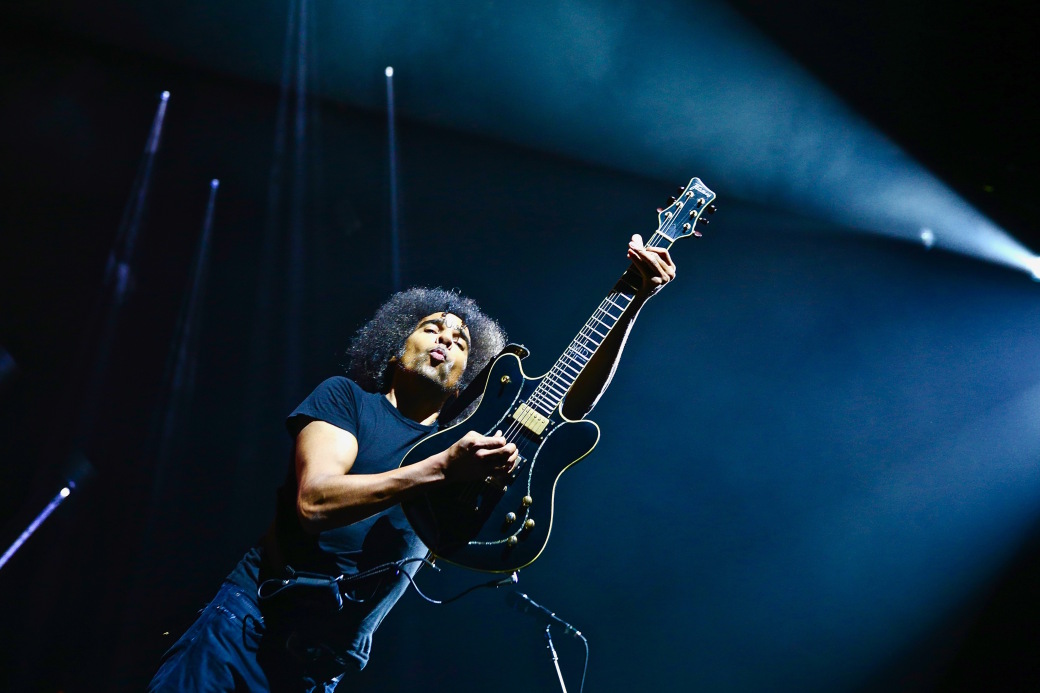 Hearing Hendrix’s Band of Gypsys album. In the summer of 1976, when I was eight years old, my cousin, Donald, who was 18, moved in with my mother and me, bringing his small but potent record collection with him — Santana, Weather Report, and Roy Ayers, among others. Hendrix’s Band of Gypsys was the one that spoke directly to me. I was captivated by the sheer spiritual power blasting out of my little Show ‘n Tell record player. I kept asking my cousin, “So ALL of those noises are being made on a guitar?” Donald tried to explain feedback, Marshall stacks, and wah-wah pedals as we listened to the album on endless repeat, often running the needle back to analyze key parts in greater depth. Our copy of the album was missing the cover. The paper sleeve with Donald’s psychedelic drawings in green magic marker was the only protection for the warped, scratched vinyl. So for the first few weeks I didn’t know what Hendrix looked like. Finally, Donald went to the public library and photocopied some pictures of Hendrix from old issues of Rolling Stone magazine and brought them home. “He looks like us!” I said. That was it. My life was made right then and there.

Seeing Weather Report in concert. Another pivotal moment was when that same cousin took me to see Weather Report at the Warner Theater in Washington, D.C., in 1977. They were touring in support of their Heavy Weather album and the band was completely on fire. Jaco Pastorius, the Hendrix of the electric bass, was at his absolute peak. Jaco was visibly basking in his power as arguably the dominant instrumentalist of the era, doing his trademark side-to-side slide dance, snake-like fingers slithering all over the neck of his beat-up fretless Fender Jazz bass. Band founder Josef Zawinul was also relishing his role as the maestro behind his bank of keyboards, several times kicking his bench out from under himself during his most ecstatic moments. Co-founder Wayne Shorter remained stock-still at center stage, the eye of the hurricane, blowing the meaning of life through his saxophone. I remember the haze of marijuana smoke hanging over the crowd and the whoops of exhilaration from the audience as the band repeatedly drove the intensity to a fever pitch. It was a profound formative experience to see people so moved by brilliant improvisational music.

Seeing Prince in January 1982 on the Controversy tour. I had already been a Prince fan for a few years, and even saw him on the Dirty Mind tour. But this show at Washington, D.C.’s Capital Centre, supporting his fourth album, stands out. The show was general admission, or what we called “festival style” back in the day. The moment the venue doors opened, my sister Alison and I scrambled ahead of everyone and managed to get front row, center right against the barricade. The Time and Zapp opened and both were great. The Time were Prince’s hometown protégés and rivals. It was their first national tour and they came out hungry with something to prove. After they played, I remember seeing the Time’s Morris Day and Jerome Benton standing in the wings laughing at Zapp’s less sophisticated, more jheri-curled presentation. Finally, Prince came on, starting his set with “Uptown” and sliding down a fire pole from the upper tier of his dual-level stage. From 1981-’82, despite his crossover ambitions, Prince was still considered a black R&B act, and Washington, D.C., known in those days as Chocolate City, was one of the few cities in America where he could even attempt to play a venue the size of the Capital Centre. So, even more than the Time, Prince appeared determined to prove himself the superstar he envisioned. The Controversy show was a giant leap forward in terms of thematic unity and detail. Even the purple smoke they used to fill the stage tasted like the cotton candy it resembled.

It was amazing to watch Prince work from such a close visual vantage point. He wasn’t as polished as he would soon become. A lot of his dance moves were raw — more punk/new wave than suave perfection. But he had the James Brown knee drops and splits in his repertoire by then. He was still connecting the dots but it was obvious he would get where he wanted to go. I was struck by how he teased the largely female audience. For the now-classic slow jam, “Do Me, Baby,” Prince emerged to an army of screaming teenage girls to work the stage in a shiny purple suit (having made the audience wait for several long minutes while the band vamped on the opening groove during his costume change). During the song’s famous breakdown section, a girl who was pressed against my sister and me was desperately trying to hand Prince a rose she had brought for him. The girl was already reduced to violent sobbing by this point, and when Prince saw this, he drew closer. He fell to his knees right in front of us, looked the girl directly in her eyes, and reached out across the barricade to her while making squealing noises. Of course, the girl became completely unglued, shrieking and contorting to raise herself above the crush of bodies to place the rose into Prince’s outstretched hand. My sister and I lifted her up trying to help span the distance between her hand and Prince’s — basically crowd-surfing this girl. But every time it seemed like she might actually reach him, Prince drew his hand back a few centimeters, continuing his squealing, falsetto trills, and eye contact, while pretending to be just as desperate to reach her. This went on for probably a full agonizing minute until Prince abruptly jumped to his feet and stormed off as if she had never existed. The girl let out a sound, the memory of which still curdles my blood to this day — I truly believe she left her body for a second. My 13-year-old mind was blown. In hindsight, I got more from that show than just a good performance from an up-and-coming superstar. Prince was doling out life lessons that night.

“The One You Know,” the first single from Alice In Chain's forthcoming album, arrived May 3.