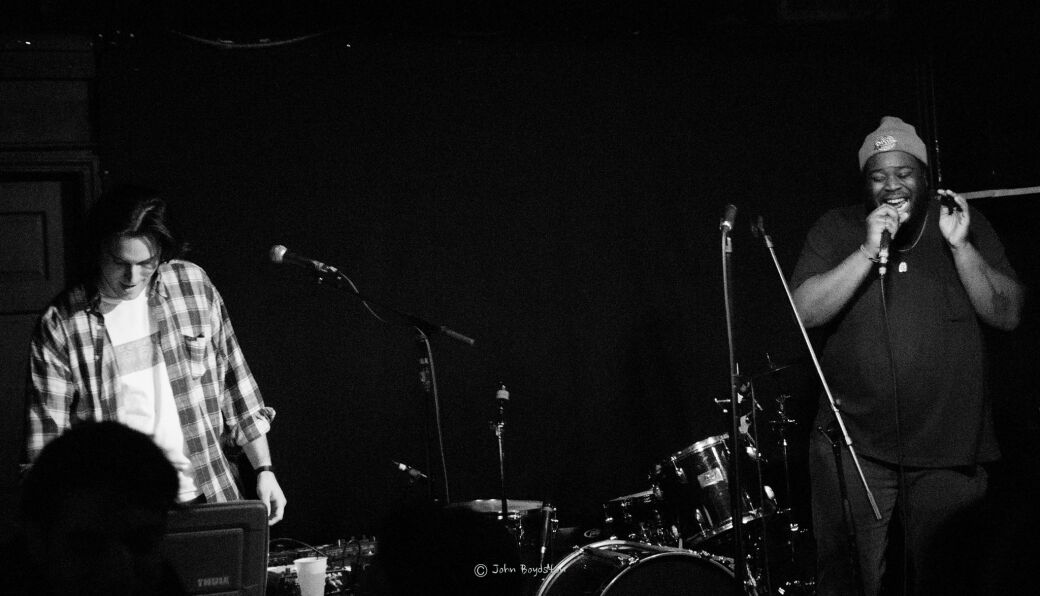 Suede Cassidy is producing new-wave Lovecraftian R&B from a personality split between indie electronic and post-disco soul. Vocalist Jeremiah Christopher is well-connected in Atlanta’s underground hip-hop and indie music scene, as the former host of Mammal Gallery’s weekly open-mic performances and an active community builder of the Bonfire ATL tribe. He gets most of his musical inspiration from the 91.9 FM/WCLK, from other experimental and DIY acts at open mics, and sings with a soulful melancholia reminiscent of Gnarls Barkley.

Ian Boyd, a film student and music producer, backs Christopher's vocals with a droning synthesizer, electronic beats, and vocals. Drummer Akete Jahla rounds out and amplifies the group’s sound for live performances. Suede Cassidy is currently working on a project called Many Names, which is set to arrive this summer. Christopher and Boyd’s music video, “Lovecraft,” came out in late 2017, and the duo will collaborate with local visual artists to produce a video package later in the year. For now, you can find their music on www.soundcloud.com/suedecassidy.