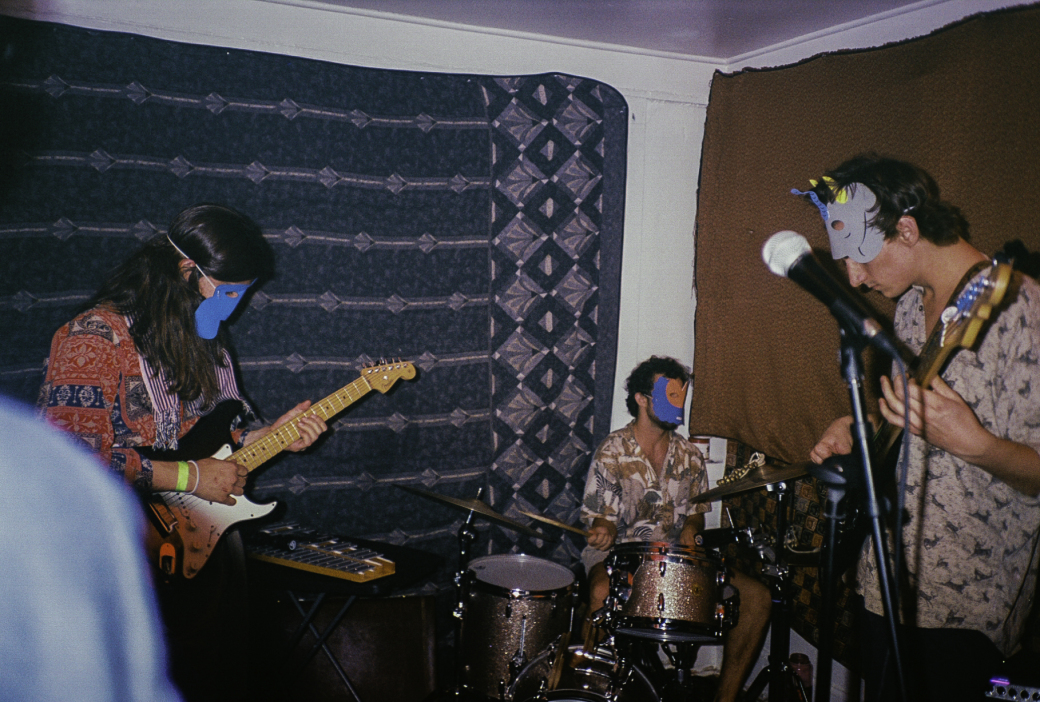 “Our band is based around a story where we, the band, are stranded and are looking for our guide, named Safari Williams, who abandoned us,” says Hyman. “All the songs we sing are about the animals we encounter and the places we stumble into along the way.”

The group takes listeners on a sonic trek into the wilds, fleshing out its new personality and identity with intricate rhythms, culminating in a quirky genre they call “kaleidoscopic jungle jazz.” Hamilton’s flourish guitar riffs take lead, while Hyman’s bulletproof bass lines drive a perpetual groove. Doud’s percussion bridges these driving elements with two manic energy, jungle-inspired imagery, and technical proficiency. Through it all, Safari Williams shares an undeniable chemistry and a sense of camaraderie that stems from years spent playing together in other projects.

Although Safari Williams is still a new presence in the Atlanta music scene, the group is quickly drawing attention through its commitment to the narrative its members have created. And following a blistering recording session for Georgia Tech's student-run radio station, 91.1 FM/WREK, all eyes are on Safari Williams. According to Hyman, the group will add both theatrical and interactive components to its upcoming shows. And while Safari Williams has yet to release any recorded material, the group recently tracked songs for a debut album which will should be out by the end of the summer, so keep those binoculars on hand. Safari Williams has a lot more in store.