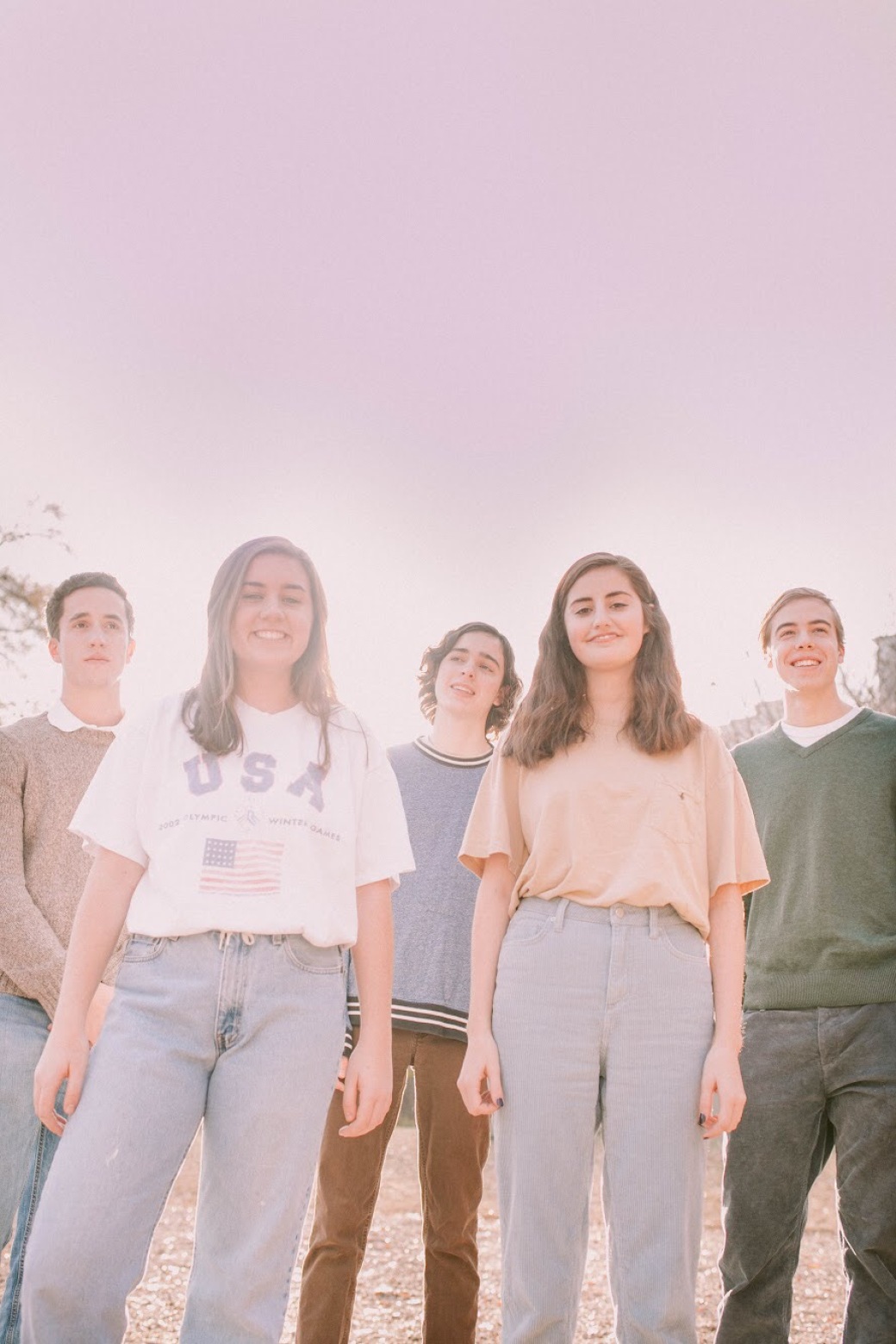 This year marked a period of transition for Lunar Vacation. The nostalgia of ’60s surf rock lives on in the young quintet’s music as the group travels on a post-high school graduation excursion discovering life’s hard truths. With this comes growth, realization, and the production of a new record that encapsulates it all. Since 2016, Grace Repasky (vocals/guitar), Maggie Geeslin (guitar), John Michael Young (bass/guitar), Matteo DeLurgio (keys), and Connor Dowd (drums) have entranced audiences with a repertoire of psychedelic moon tunes, creating a genre the group calls “pool rock.”

“There’s no beaches near us, so we figured we’d call it pool rock because there’s a lot of pools,” Repasky says.

With Lunar Vacation’s 2017 EP Swell, out via House Cat Records, songs such as “Blue Honey” and “Swimming” delve into the laid-back aesthetic cultivated from a psych-rock foundation, while remaining soaked in the unhinged influence of surf rock guitar riffs. Prior to releasing the EP, Lunar Vacation debuted a single titled “Anna,” which was the first song Repasky wrote. It’s loose in meaning, a stream of consciousness set to music. “I think of it as my future self talking and giving advice to my past self,” she says.

The group is working on a follow-up EP that continues to tread the waters of psych-rock while experimenting with deeper musical textures. Artificial Flavors, mixed and mastered by Damon Moon at  Standard Electric Recorders Co., is slated for a July 6 release via Human Sound Records.

The forthcoming EP is the group’s first release as a five-piece. Adding DeLurgio on keys in 2017 allowed the band to explore uncharted territory and develop a more full-bodied sound. It’s definitely a step up in terms of songwriting and overall production, as the group’s internal chemistry and collaborative songwriting continues to evolve.

“With Artificial Flavors, we made sure each instrument has a significance, contribution, and roll,” Repasky says.

Each song illustrates the hardships teens face in the course of growing up. Adulthood happens quickly, and the group tackles youth’s greatest lessons with a calm demeanor and lo-fi instrumental prowess. “It shows the subtle ways that each person wears a mask,” Geeslin says.

Songs like “The Basement” invite listeners to look beyond solitude and their own comfort zones, and participate in real-world social activities. The song is also a reminder that it’s okay to slip back into those comforts, as stated in the last line: “I really want to go home.”

“The song basically describes the events and certain feelings I would experience at parties,” Repasky says. “I would feel very strange and overthink the structured concept and would always leave feeling empty. I felt like I was in The Twilight Zone or something,” she adds. “There is a sense of frustration in the lyrics regarding the redundancy of high school parties.”

While the nearest beach is hours away, Lunar Vacation will continue dipping its toes in the waterways and pools of the concrete jungle, harvesting all the easy-going vibes the group can muster.