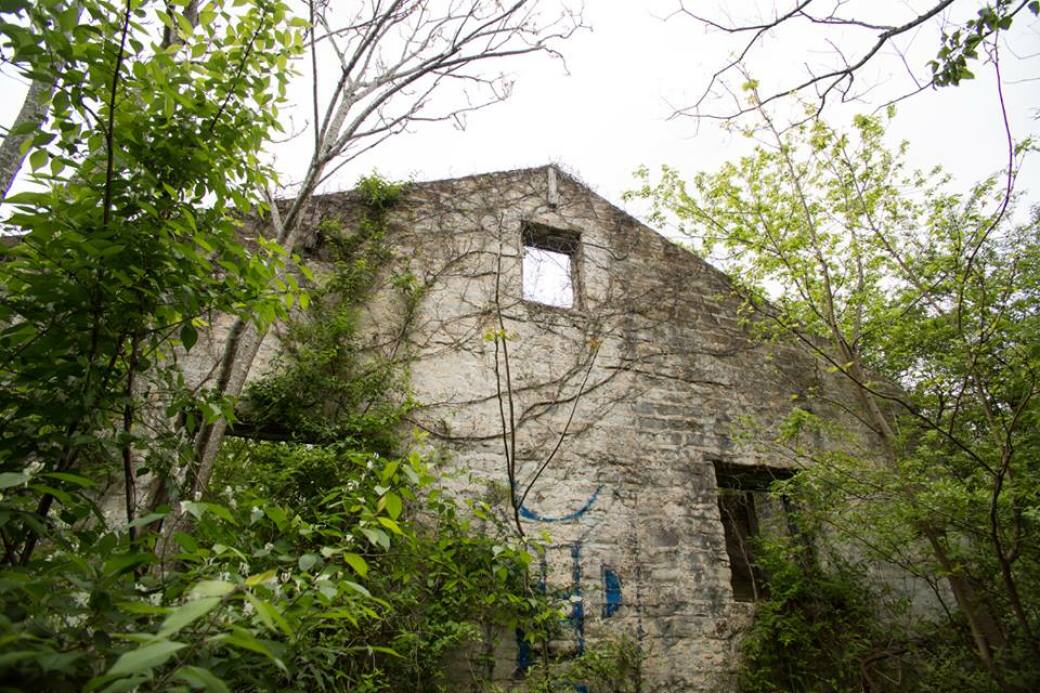 Photo credit: Patricia Villafañe
BETTER DAYS: Visible from Key Road, this building is the first sign of just how much remains in disrepair on the property.
By Mat Shankute Sunday July 15, 2018 05:00 am EDT

Right across from the Intrenchment Creek Water Reclamation Center and the Atlanta Police Department Pistol Range lies the largest piece of untouched land inside the Perimeter, a site that has an unsettling past, a convoluted present, and an uncertain future.

The old Atlanta Prison Farm, or the “Honor Farm,” was once an experimental 300-acre prison, a legacy reflected in the handful of dilapidated cell blocks and guardhouses still standing on the property. Local graffiti muralists have reclaimed what remains of the penitentiary by covering it with some of the most stunning graffiti the city has to offer, and for years since its closure, hundreds of hikers, artists, and ne’er-do-wells alike have braved trespassing fines and injuries to tour the site. To understand how such a popular and untouched piece of land (most of it densely forested) has remained undeveloped in our rapidly expanding city, it’s necessary to start with the Civil War.

In 1863, the city of Atlanta first proposed purchasing the property for use as a cemetery, a plan that would be dashed by the South’s defeat two years later. The Prison Farm’s next steward was the federal government, who planned on building a POW camp on the site in 1918. Their ownership, too, would be short-lived, as the property was sold to the city of Atlanta just a year later, and was quickly established as an honor farm, the first of its kind.

The initial concept of the honor farm was to allow the most trustworthy prisoners to work off their sentences as laborers for the state. City officials were so committed to the idea that the prison lacked any real security, forgoing guns and cell bars entirely. On paper this seems like a surprisingly progressive idea, but the reality was much more sinister. “This is not a happy place historically,” says Atlanta artist Scott Petersen, a frequent tour guide for the Prison Farm property. “This was a site back in chain gang times, where people were lynched. They were hung. Where blacks were incarcerated for very minimal offenses like whistling at a white woman or breaking curfew. And the excuse was that since they were convicts, they lost their human rights and could be sold and purchased. And they were sold into a form of indentured servitude.” 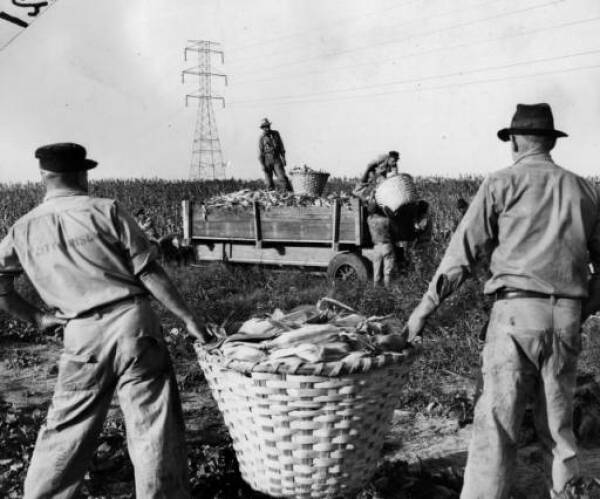 NO CHAIN GANG: During its heyday, inmates at the Prison Farm would harvest all manner of produce. PHOTO CREDIT: AJC Photographic archive


Prisoners spent their time completing construction projects for the state and farming the land, eventually producing enough food for the prison to become self-sustaining in 1935. From here records become spotty at best, with the last recorded evidence of the Prison Farm’s use as a penitentiary coming in the form of a 1971 health inspection report. It’s unclear how much longer the land remained in use, and it was officially shuttered in 1995.

For the past 23 years, despite its wide acreage and scenic views, Prison Farm has remained entirely abandoned. The city of Atlanta has maintained ownership of the land since its closure, even though the site now sits within the borders of DeKalb County. Over the years DeKalb has expressed interest in adopting the Prison Farm land, but a political stalemate between the two parties has resulted in all 300 acres remaining unused. 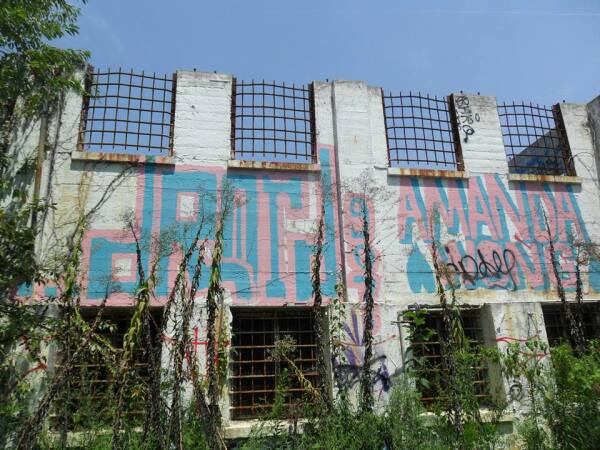 A VANDAL’S DREAM: Originally a housing unit for inmates, the main building has become the most popular target for graffiti artists visiting the Prison Farm. PHOTO CREDIT: Jordan Ososki


Nearby residents have also expressed a desire to see the Prison Farm land utilized, with Scott Petersen having a particularly impactful relationship with the space. In addition to giving hiking tours of the land to curious urban explorers, Petersen has been advocating for the Prison Farm since 2003, establishing the Save The Old Atlanta Prison Farm campaign as way to drum up public interest in seeing the farm turned into a park. Partially through Scott’s efforts, a deal to purchase the old Honor Farm was nearly reached in 2004.

“Unfortunately, at the time, Vernon Jones was the CEO of DeKalb County and Shirley Franklin was the mayor of Atlanta,” Petersen says. “Those two personalities just did not get along, so the deal fell apart more on ego than it did on money.”

After the deal fell through, the only significant development on the property came in the form of a devastating fire in 2009. The blaze was so intense that firefighters on the scene let it burn itself out, a decision that led to a complete roof collapse in one of the main buildings. Smaller fires would continue to break out over the years, but the worst would arrive in 2017. 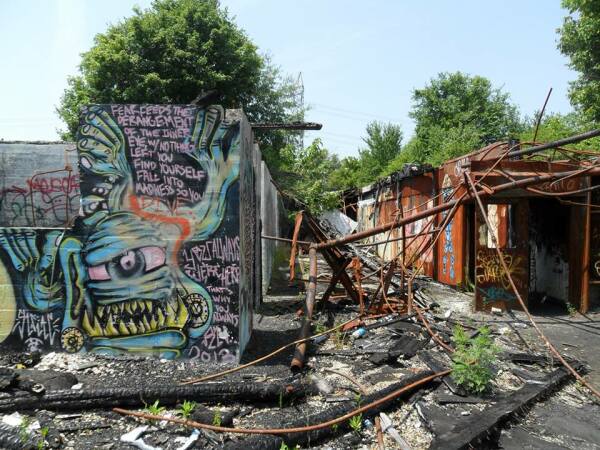 FROM THE ASHES: What remains of the Prison Farm’s upper levels following the 2009 fire is a mess of copper piping, charred lumber, and hidden pitfalls. PHOTO CREDIT: Jordan Ososki

Over the years, the Prison Farm had become a popular, if illegal, dumping site for all manner of refuse, with the most popular being tires that grew into massive piles flanking the entrance and southern side of the main building. Last year one of these mountains was set aflame, kindling an inferno that took more than 24 hours to extinguish and produced smoke that could be seen from the windows of planes flying into Hartsfield-Jackson International Airport.

Since then, Atlanta has made significant efforts to clean up and secure the property, installing fences, concrete barricades, cameras, and motion detectors.“I think it stopped the dumping from being really bad,” Peterson says when asked about the new security. “I mean, when they were dumping tires it was like thousands of them. It was like a freight train's worth of tires back there.” Yet despite the city’s investment in cleaning and sealing off the property, there’s still been no word from Atlanta officials on future plans for the Farm. The closest thing to an update officials have released in the last 14 years has been the Department of City Planning’s 2017 release of a book entitled The Atlanta City Design: Aspiring to the Beloved Community. Within its pages, the Department of City Planning proposes combining the Prison Farm, Constitution Lakes, and Southside Park Atlanta into one 600+-acre regional park.

ATLANTA, INTERESTED AGAIN?: This proposed design was a welcome break from the official silence concerning the Prison Farm, but it remains to be seen if the plan will ever come to fruition. PHOTO CREDIT: Department of City Planning


Kathie Gannon, DeKalb County Commissioner of Super District 6, says there is a major opportunity for land usage where the Prison Farm is located. “Any time there are 300 acres of undeveloped land inside the Perimeter under common ownership, there is a major opportunity. I’d like to work with the city of Atlanta to plan for this large area and build this trail connection which I believe will be mutually beneficial to citizens in the vicinity. In the meantime, I’m hopeful that the city of Atlanta will be a responsible steward of this property.” Gannon worries about the lack of any significant plan or zoning controls for the land. She’d like to see the property revert to a farm, specifically “a large organic farming operation with small acreage plots leased off to individual farmers.” Says Gannon, “I think it could create entrepreneurial opportunities and be a great source of farm to table food for Metro Atlanta restaurants and the Atlanta Community Food Bank.”

Petersen and his Save the Old Atlanta Prison Farm campaign’s proposal has probably been in the works the longest, and is also easily the most ambitious. In addition to cleaning up trash and preserving the graffiti murals, the plan also includes playgrounds, hiking trails, a community garden, soccer fields, and markers that commemorate the Prison Farm’s storied history. 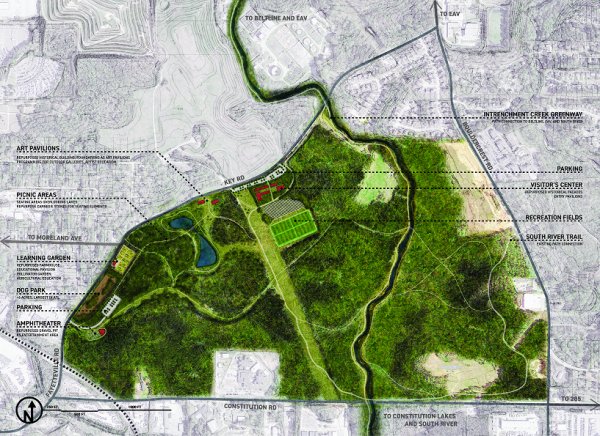 COMMUNITY EFFORT: The Save the Old Atlanta Prison Farm campaign’s blueprint lacks the scope of the Department of City Planning’s design, but rivals it in the sheer amount of amenities it would add to the park. PHOTO CREDIT: Scott Petersen


The final group to make a play for the future of Prison Farm is the Atlanta City Police Foundation. The ACPF has remained tight-lipped on their potential plans (they declined to comment for this article), but rumor has it that they would use the vast majority of the land for an expanded training facility, leaving only 20-30 acres for public use.
Despite having visited a handful of times myself, I’d be remiss if I didn’t try and warn curious readers away from Prison Farm. Even before the dramatic security increase, setting foot near any of the main buildings carried a hefty $400 trespassing fine, and with motion detectors and cameras now monitoring the site, your odds of getting away with it are slim to none. If you’re interested in learning some history and seeing the more unspoiled parts of the property, your safest bet is booking a tour with Scott Peterson himself.

Meanwhile, with so much legal red tape and so many different groups vying for control, it’s hard to predict what will become of the site in the future, if anything at all. We can only hope that whoever eventually renovates the property does so with the public’s best interest at heart and makes an earnest effort to remember what happened on the Atlanta Prison Farm, one of our city’s most overlooked and unsung historic markers.

If you’d like to see this 300-acre no man's land be put to use, I suggest following the Save the Old Atlanta Prison Farm Facebook page, as well as contacting both the Atlanta and DeKalb County parks departments. 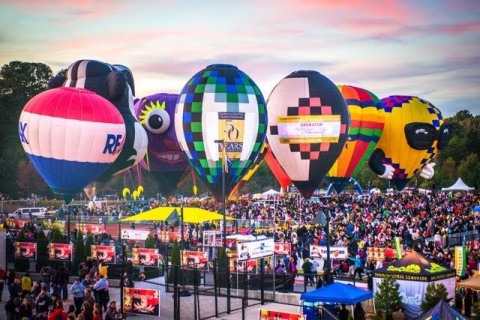 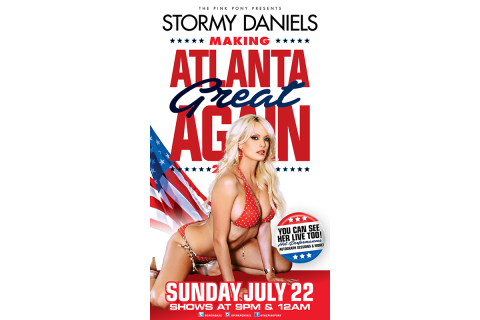 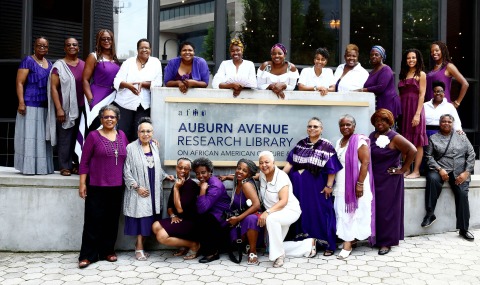 Produced in collaboration with the Museum of Contemporary Art of Georgia and opening on July 14, the exhibit aims to explore identity and bodily agency | more... 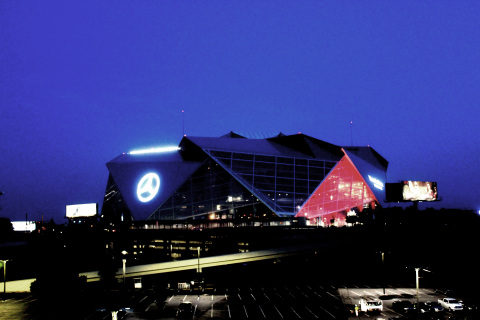 The committee requests 10,000 good Samaritans to help with the big game week | more...
Search for more by Mat Shankute