A conversation with Jonothon Mitchell 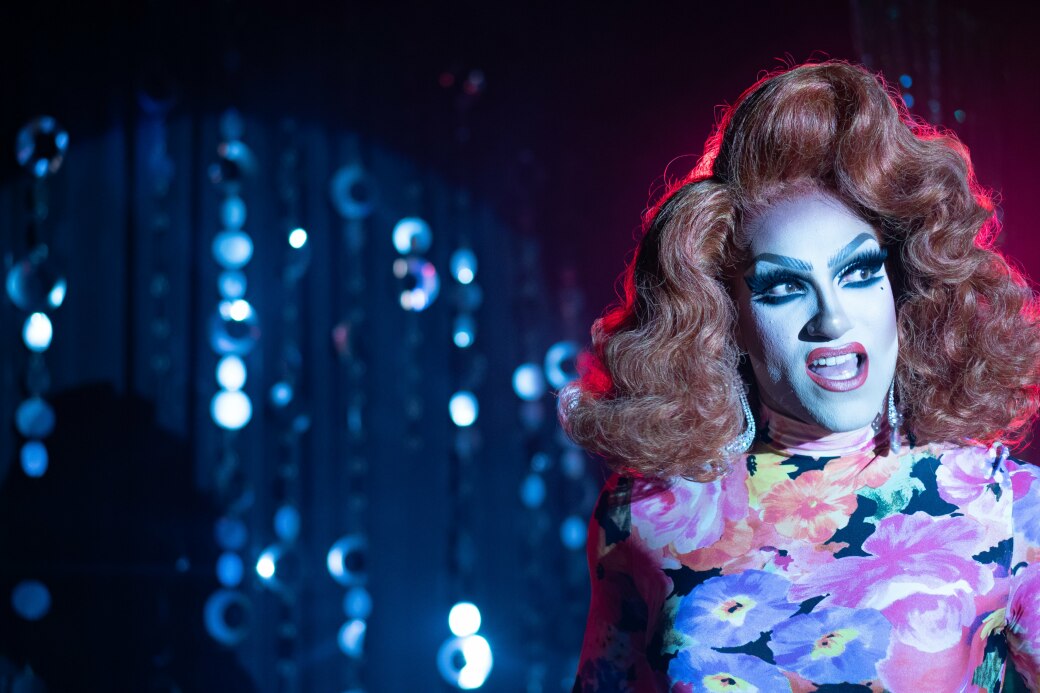 Sure, there’s a lot of movies being shot and produced right here in A-town, but few have as many Atlanta-based connections as the upcoming independent film Pageant Material. Its production, director, and entire cast are entirely homegrown. ATL even has a special role within the film itself.

Wrapping up production at the beginning of June, director and co-writer Jonothon Mitchell speaks to Atlanta’s role (in both the film and industry) as well as his own inspiration. From growing up gay in the South to finding a love for the city and its “melting pot” of diversity, the self-proclaimed “dramedy” aims to speak not only to Atlanta and the LGBTQ community, but to anyone looking to follow their dream. Okay, it sounds a bit cheesy when I put it like that — but who doesn’t love a little queso?

In your own words, what genre would you place this film in?

It’s a modern-day adaptation of Cinderella, which tells the story of Rodney, a gay teenager living in rural Alabama. He wants to follow in his mother’s footsteps after her passing and become a beauty queen, and he hopes to do that by entering a drag pageant.

Was he close to his mother before her passing?

He was incredibly close to his mother. I think, at its base, this story is a love letter from a boy and his mother. Not to sound super Norman Bates about it, but I do think the relationship between him and his mother is a driving force in the film, and I think that even though you only see her for a brief time, you can feel her presence throughout the whole movie. 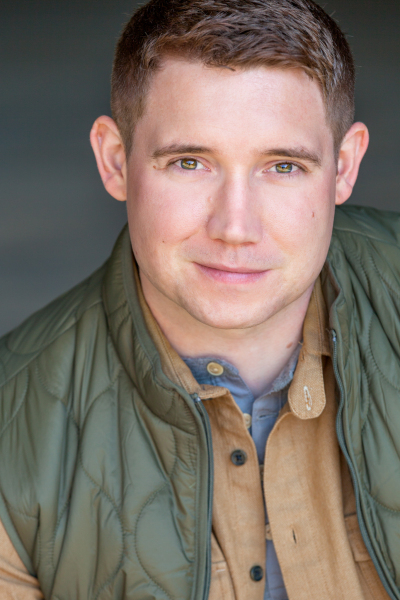 
How would you compare this film to other films that you have been a part of?

Actually, a little different from the last set of things that I did. At the end of 2017, I looked at my body of work and was really sort of disheartened that nothing that I had made carried any real weight. I had made kind of one-off funny things here and there, but I didn’t feel like anything that I had made said anything about the world at large and I resolved to make something with weight — something that mattered. So I think that’s how Pageant Material differs, because it’s not just a short film based on a one-liner. It’s a feature-length film where I tried, as best I could, to represent life as a gay teenager in the South.

What led you into writing and directing?

I’ve always been really, really fascinated with the creative aspect of putting ideas down on paper and really making my ideas into something. I’ve been writing since I was really young, and then I kind of naturally gravitated toward screenwriting and taught myself everything about it that I could from the Internet. I didn’t take classes. I didn’t go to school for that. I just immersed myself in screenwriting and watching movies and really figuring out story structures in films and how that worked until I reached a point where I was happy enough with myself to do it on my own.

What kind of story ideas did you have when you were young?

The story ideas I had when I was young weren’t very different from what I feel like I’m doing now, you know? I would just write small short stories about the things going on in my life and things that I was dealing with. Back then it was a lot more prose versus script writing — just kind of where I was at in my life and taking things that had influenced what was going on around me into some form of analogous story. I like to take things that have influenced me as a person and build on that. Pageant Material is about growing up gay in the South and, I mean, that’s my childhood. That’s something that I experienced and saw firsthand, so I took those ideas and translated them into the film.

Beyond your own childhood and what you went through, what inspired the specifics of the film?

I was working on another movie in Gaffney, South Carolina, in December and it had been so long since I had been to my hometown in Louisiana that I was just really fascinated by the small-town vibe that Gaffney had. It reminded me a lot of home. And being there I was working with my co-writer for Pageant Material [Madison Hatfield]. I was an actor in this film and she was my wife in the film, and we started talking and I said I really want to write something about being gay in the South — it’s personal to me and I really want to do it in a way that hasn’t been done before. So, we just started brainstorming ideas. Being immersed in that small-town culture for those eight or nine days really brought out a lot of my creativity, and a lot of what I saw there I was able to put on the page and create Pageant Material. 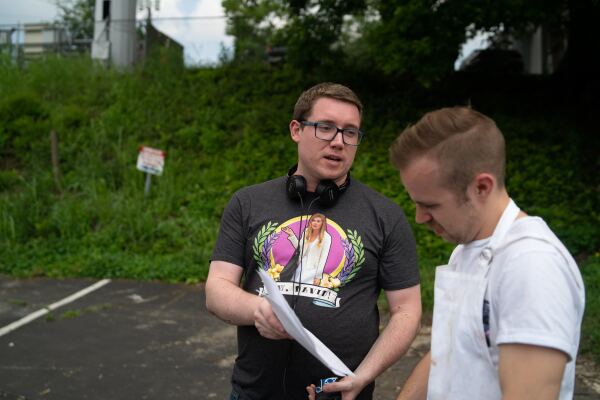 
How do you think this film will help inspire members of the LGBTQ community?

I really want to bring representation to the screen that you don’t normally see. A lot of the LGBT films that you see, you see a protagonist in situations that are totally romantic, and [in <em>Pageant Material</em>] we’ve taken away the romance aspect of it. It’s really just a story of a boy following his dreams, trying to achieve his goals and doing it through overcoming adversity. We also wanted to paint the South in a tolerant light because, despite the stuff going on in the world, there still is a lot of tolerance and a lot of acceptance here. To see the various people that Rodney comes in contact with help him along the way was super important to showcase, and so was something you don’t normally get to see in a movie about a gay teenager — a boy who knows exactly who he is. Who is unapologetically queer and happy with who he is, just simply going about his life to achieve what he wants to achieve.

I want anyone, regardless of sexual orientation, race, or gender to be able to watch this film and identify with him because at the end of the day we all have dreams, we all have goals, we all want to achieve them, and we all have to overcome our own adversity to reach that point. If teenagers who identify as queer can see someone like Rodney on the screen who’s not defined by a relationship, but rather the journey he takes to achieve his dreams, I think that’s going to be so inspiring to so many people — at least, I hope so.

What do you think your film means for the people of Atlanta?

I think it’s really great for a lot of the indie filmmakers here in the Atlanta community to be going out and making their own content and bringing Atlanta to the forefront of the entertainment industry as a place, not only for major Hollywood films to come, but also as a place where there’s a lot of really cool things being created by independent filmmakers.

We have a lot of really incredible talent. All of my talent is sourced locally from Atlanta — everybody in the film —  and I’ve never been so impressed by a large group of actors. The film itself takes place in Alabama, though we shot it all here in Atlanta and the surrounding areas. The film’s finale takes place in Atlanta, and I think for a young gay man, or lesbian woman, or queer identifying person growing up in the Deep South, you look at Atlanta as sort of this mecca. Atlanta is this place of escape. It’s this place of diversity. It’s a melting pot. It’s somewhere that you can go that’s so different than where you currently are. Atlanta is sort of the South’s New York or the South’s LA. It’s a place that I think a lot of people, myself included, look at as somewhere that you can honestly just be yourself. I think that’s why Atlanta’s so important to us as a crew and as writers, but also to the finale of the film. 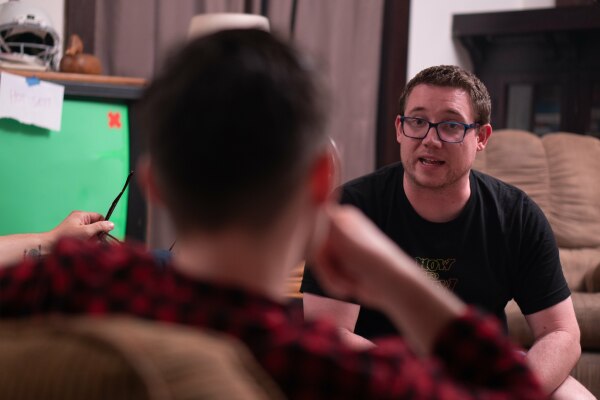 CREATIVE FLOW: Mitchell thrives on hashing out ideas with the cast and his co-writer, Madison Hatfield. PHOTO CREDIT: Chase Anderson


Is that a big reason why you chose it as the setting for the film’s finale?

Yeah. Originally, we were going to go with Charlotte, just to kind of keep that same small-town vibe through the whole piece, but being here in Atlanta and just loving it so much — calling it home — I thought it was important to bring it home.

During production, were there any memorable moments that stand out for you?

There’s a ton of memorable stuff. We built a camera rig in the back of my husband’s truck to get some dolly shots because with low-budget independent filmmaking like this, you have to be resourceful — you don’t always have the funds to do all the crazy stuff you want to do.

We had a lot of fun. We went down and filmed for four days in Woodbury, Georgia. We rented a bunch of cabins on Airbnb, and the cast and crew just kind of got to stay together and really be immersed in the experience. We planned it out in a way where we shot the finale on the last day of filming, so to have the finale be the culmination of our filming experience, but also the culmination of the film itself, made that final day much more emotional. We had seen Rodney’s journey from start to end and we ended with him at the end of his journey, and it was the end of our journey. The metaphor of that was really beautiful.

When will the film be released, and where will people be able to see it?

I am hoping, in a perfect world, that it will be ready and released by Pride in October. I think that would just line up perfectly, but we’re trying to shoot for like a 13- to 15-week post-production process and then, hopefully, have it in a good place to start submitting it to film festivals and have some sort of release by this fall.