The beginner's guide to craft beer

How to identify different beer styles and stop ordering Budweiser 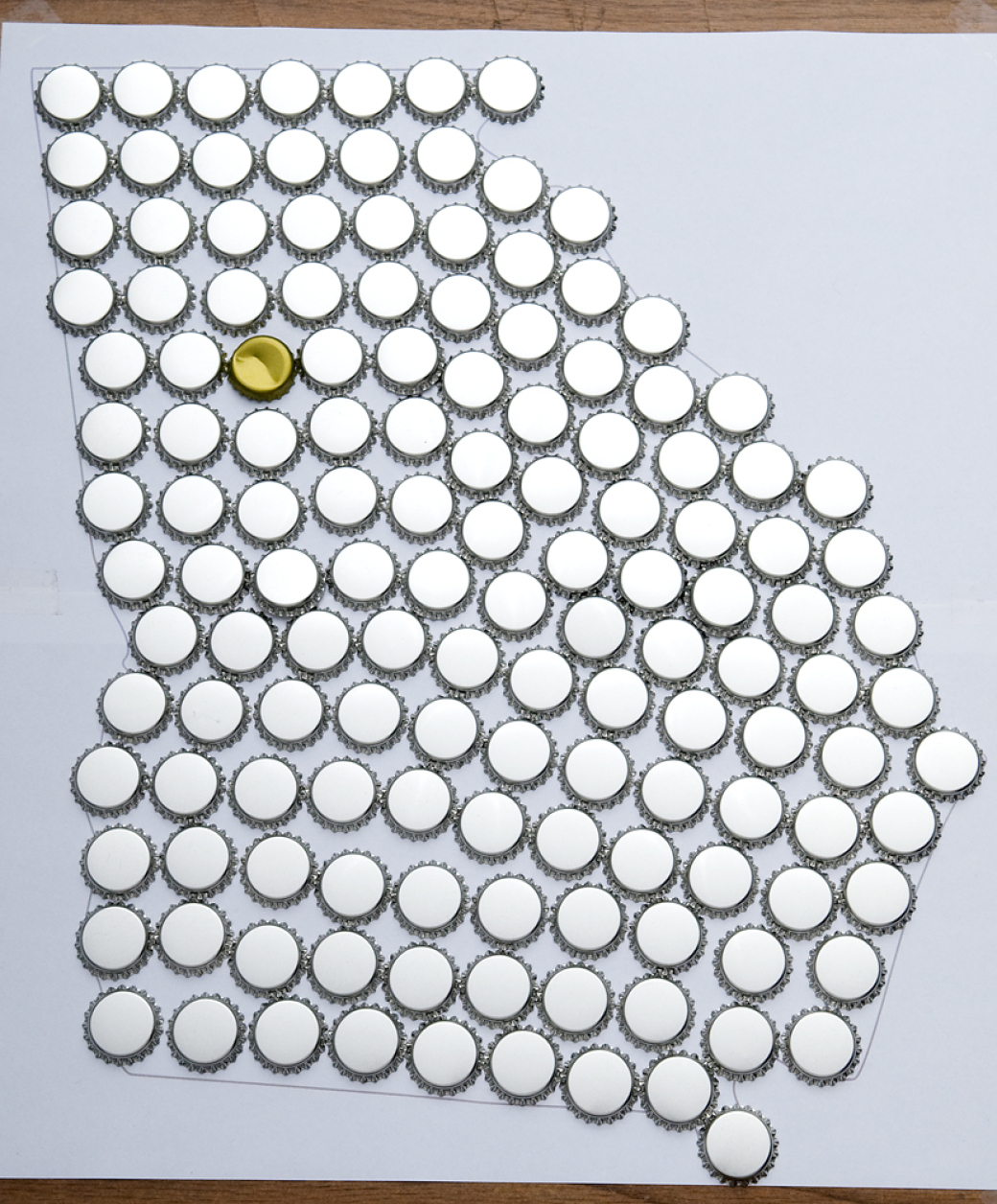 We’ve all been there. You’re at a brewery or a bar and ask the bartender which beer they recommend. They ask what style of beer you prefer and you fumble for an answer, while they proceed to rattle off things like porters, sours, pilsners …. After a few moments of pretending to know what’s going on, you wind up with something you’ve never tasted before.

Maybe you try it and it’s delicious. Maybe you’re not so lucky and you take a sip, trying not to scrunch up your nose in disgust. Or maybe this hasn’t ever happened and you’re the asshole that flaunts their knowledge of the infinite craft beer universe (you can stop reading now). Maybe you just committed the cardinal sin of bringing a case of Bud Light to a party, and were brutally mocked as a result.

If you haven’t jumped down the rabbit hole of craft beer terminology, you’re not alone. Is there a difference between a pilsner and an IPA, or an ale and a lager? The minutiae of beer and the sheer amount of different styles can leave even the most discriminating beer-drinkers with spinning heads. According to the Brewers Association, in 2017 the craft beer market brought in $26 billion, and it’s expected to keep increasing. So let’s start with the basics.

All beer falls within two categories: Ale or lager. The difference can be noted by the senses — in taste or smell. Ales taste bitter and full-bodied, often fruity. To a seasoned beerdo, aficionado, or expert, the difference is not in the senses, but in the yeast that’s used to brew ales. Ales use top-fermenting yeast, meaning it ferments from the top-down. Ales ferment quickly and in warm environments.

Lagers are often described as crisp and light. Average Joes probably know the big brands: Heineken, Budweiser, Miller Light — those are all lagers. Just as ales brew top-down, lager is the opposite, fermenting bottom-up with bottom-fermenting yeast. They ferment slowly and in cool environments.

Now that we know the difference, here are a few of the most common ales and lagers. 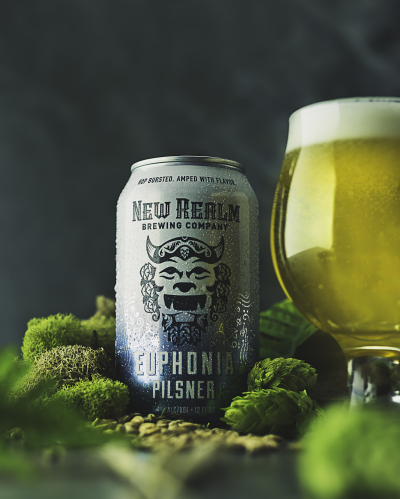 IPA’s are rising in popularity among craft beer lovers — yes, we know ATL bleeds Tropicália. Characterized by its high alcohol content and even higher amount of hoppy flavor, the IPA got its name due to popularity in British India in the 1800s. The emphasis of hops makes the beer’s flavor, aroma, and taste strong and somewhat bitter.

Atlanta breweries are teeming with IPA’s, and it’s common for breweries to have at least one on draft. SweetWater Brewing Company has several year-round IPA’s — from a tropical pineapple-laced Goin’ Coastal, to their standard IPA, they’ve got you covered. If you’re more of a hop head, Reformation Brewery continues the trend with two year-round IPA’s, Oren and Nolan the Wanderer.

Simply put, a porter is a dark style of beer made from dark malt, meaning the malt is slightly charred or browned in production. The traditional English Porter was developed in London during the 18th century, and thought to have been popular among transportation workers in Central London — hence the name. The style is a combination of three ales: an old ale, a new ale, and a weaker, milder ale. Today, porters are brewed with a pale malt base and the addition of another malt.

The taste of a porter is more muted than a stout. The long-standing discussion about the actual difference between the two styles comes down to taste and geography. Stouts are essentially a stronger version of a porter with a few key differences. Stouts, with geographical roots in the Baltic region, are usually dark, sometimes even black, in color. The use of roasted barley gives the stout its characteristically dry taste, though this isn’t true of all stouts. The famous Irish Guinness is a classic example of a stout.

Red Brick Brewing here in Atlanta has a great porter for those who want to try it. The Vanilla Gorilla is a creative, handcrafted imperial porter made with a mix of several malts and Madagascar Bourbon vanilla beans, giving it a rich, creamy, dark flavor.

If you want to go to the dark side of beer and get your hands on a stout, Monday Night Brewing’s Whirling Dervish Coffee Stout is a good place to start. 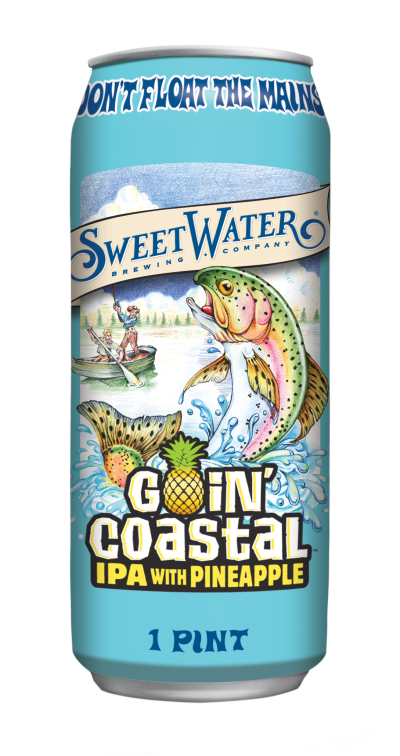 As the craze of craft beer has taken over in the past few years, the sour has emerged as one of the most popular styles. Which would explain why the sale of sours in the U.S. grew exponentially in 2016 and continues to grow, according to Time Magazine. Though sours are fairly new to our palates, the beer itself dates back to the early days of brewing. Originally brewed in Belgium in the early 1900s, before brewers could safely pasteurize brews, they were swimming with bacteria which produce acid, giving them a sour taste.

Sours are a great beer to try if you don’t quite like the strength and hoppiness of other ales. There are tons of incredibly tasty sours among the Atlanta breweries. Three Taverns Brewery’s first canned sour, Rapturous, a raspberry sour ale, is a popular favorite among locals. Orpheus Brewing also has a great selection of sours — our recommendation to the sour newbie is the Noise and Flesh, available year-round on draft.

American (Amber)
American ambers, or red lagers, are usually medium-bodied, less bitter, and hoppier than most lagers. These beers have a bronze color with reddish hues, hence the name. They have a caramel malt character in their flavor and often even in their aroma. Atlanta’s iconic amber, Laughing Skull, found at Red Brick Brewing, is a great amber to try. It’s sweet, mild, and it goes down easy. No nose scrunching necessary.

They say the best beer comes from Germany. Or maybe everyone just thinks that, because of the German beer maiden. Who knows? But one thing is for sure: They have some damn good pilsners. A pilsner is a pale lager that was originally brewed in Pilsen, Czech Republic. Pilsners are characterized by high carbonation and tangy hops. The hops can leave a bitter taste, but not too bitter — pilsners have a bright, citrus zest that provides a light and crisp finish.

If you want to try a refreshing pilsner, hit up the BeltLine’s newest brewery, New Realm Brewing Co., and try the Euphonia Pilsner.

There you have it people. Go forth and drink.