The Southern songwriter pivots with confidence and grace 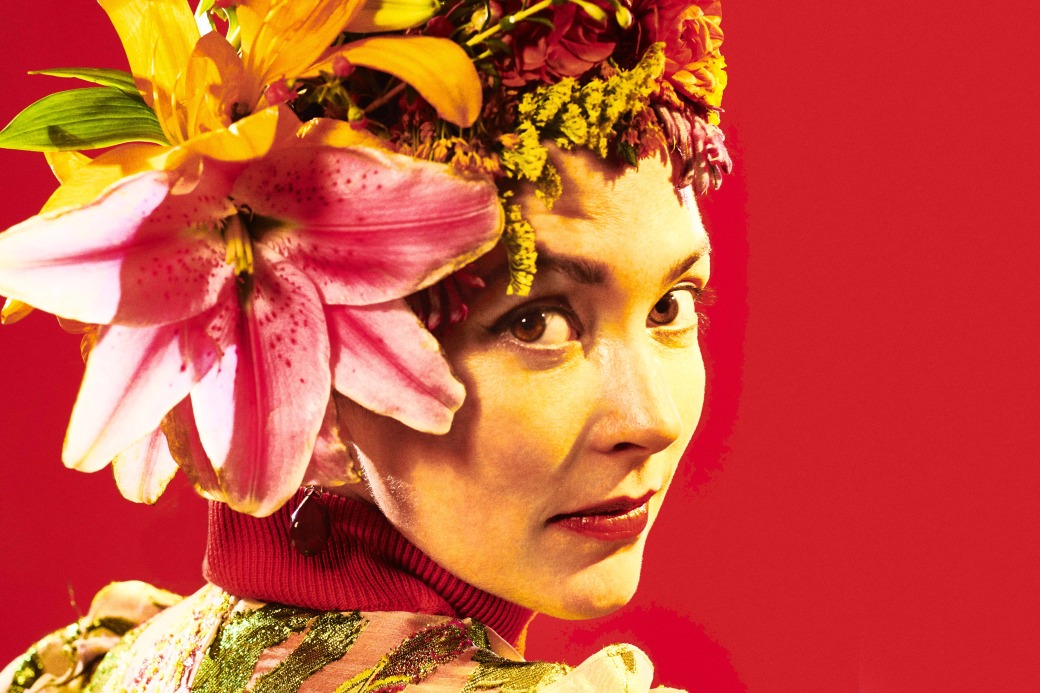 Life imitates art. Or does art imitate life? The directional flow of mimicry is difficult to pinpoint, but it’s clear that art exposes internal worlds. Close observance of creativity can provide a gentle understanding of an artist’s reality, following the twists and turns that accompany their life. Singer and violin player Amanda Shires’ latest album, To The Sunset (Silver Knife Records), offers an intimate look at how life and art intersect, guiding her deeper into her songwriting path.

Adding up the release of 2016’s critically acclaimed My Piece of Land (BMG), extensive touring with husband Jason Isbell’s 400 Unit, and the birth of the couples’ daughter in 2015, Shires has endured a whirlwind few years. With To The Sunset (Silver Knife Records), Shires finds strength in these experiences. The record is also a stylistic shift away from the vulnerable observations that define much of Shires’ previous work, positioning her as an unapologetically energetic woman tackling change head-on.

“A lot of things in making this record were different for me,” Shires says. “I made the last one when I was pregnant, and then had my daughter three weeks later. Growing as a human is a thing that happens, but I also had to completely change the process of how I naturally write.”

“Eve’s Daughter,” the follow-up single, delivers an infectious jolt to the system. With a title that hints at original sin, the song speaks to aggressive self-reclamation, with growling, bluesy guitars and unaffected vocals.

The process behind the record was an experiment born out of necessity. With a young child in the house, Shires learned how to be flexible and patient with herself. Sitting at her desk poring over new ideas became less viable as the home environment grew more chaotic. Instead, Shires packed up her journals, instruments, and paper shredder, and relocated to a quiet, isolated closet in her home. Even in her small corner, her pages were still within the grasp of her innocently eager-to-help daughter. The final result was a closet with journal-like pieces of paper blanketing the wall.

“That was a really difficult thing to do, to learn how to accept my process and the fact that it takes me a while to say the things I want to say,” Shires says. “It looked pretty much like a 13-year-old girl’s journal just so I could focus and revisit. In doing that, I had to build a thicker skin and more confidence in the work that I was doing. That’s why the record is how it is.”

Even with the self-imposed isolation that went into her latest effort, Shires’ marriage to Isbell has certainly fed some of her musical growth in the same way that it has fed his. Isbell can be heard throughout the record on both bass and guitar, and the two have shared many a long conversation about song structure, lyrical sentiment, and Beatlesque guitar tones.

Their union is a public one, and fans could easily draw conclusions about the couple based on their confessional lyrics. Shires has always written about the things that affect her, whatever they may be. However, she says, this record has given her the opportunity to forgo the melancholy of her earlier work. Instead, the tracks offer a gust of fresh energy, letting her sweetly rebellious spirit shine through.

Shires’ newfound confidence has inspired her to take control over more than just her music. Her visual presentation for To The Sunset is notably different from her previous aesthetic choices. This time around, she leans toward high fashion and shimmering colors. “Visuals are a crazy thing for me, kind of like synesthesia — like seeing sound or hearing color,” Shires says. “I was trying to make the colors match what I was doing sonically. It has been hard for me to describe what I want to get visually, so I figured I might as well just do it myself!”

As such, Shires has positioned herself as a force with which to be reckoned, within country music and beyond. What to expect from this most recent release? Shires has an answer: “All rock ’n’ roll. No golf.”