The tropicália songstress surfs a new tide with ‘Water Music’ 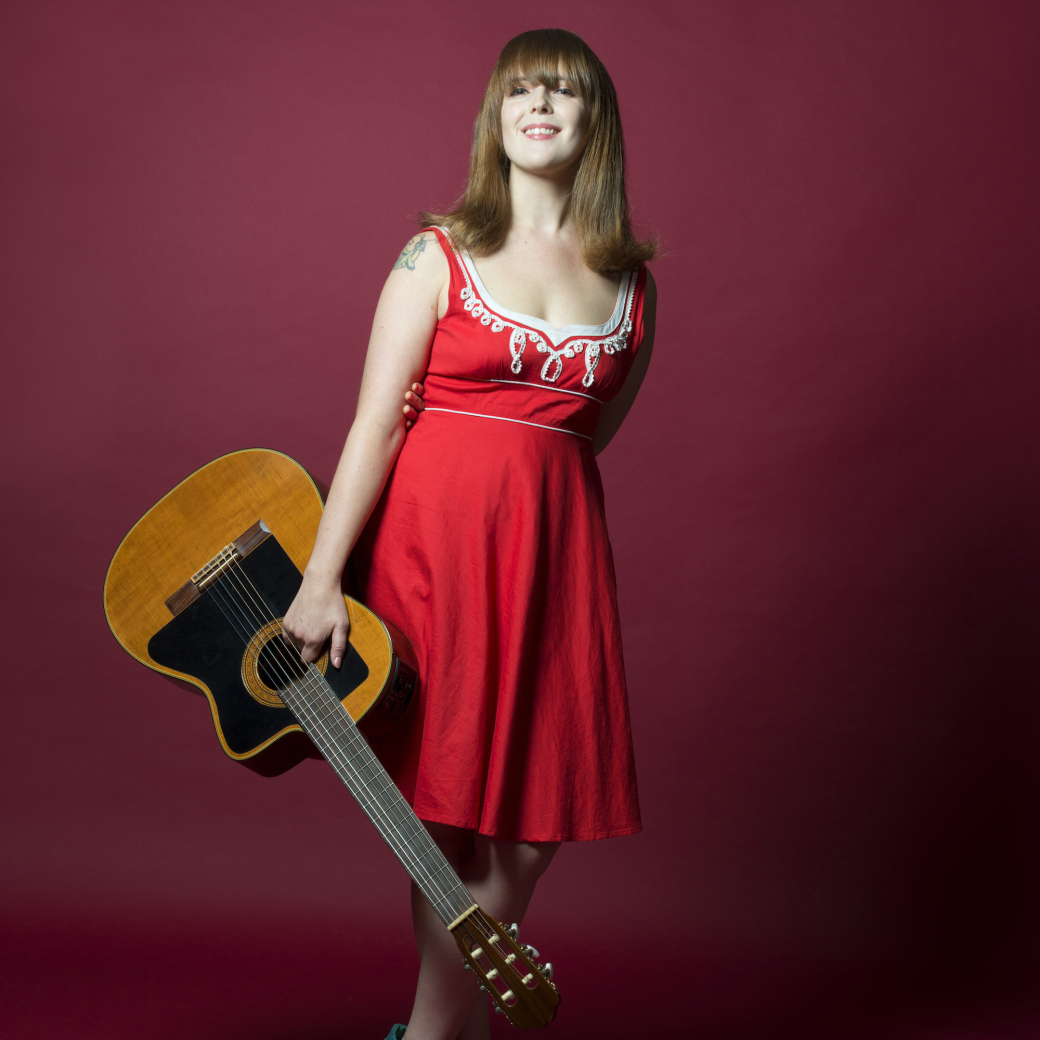 Photo credit: Charles Mitchell
IN ALL LANGUAGES: “I want to create a sense of supernatural place: An ultra-realized and ultra-beautiful environment.” — Adron
By Lily Guthrie Thursday August 23, 2018 12:15 am EDT

Despite the thousands of languages and billions of people living on planet Earth, Adron wants to engage in a conversation with everyone. A Chicago-born Atlanta transplant, this savvy Brazilian tropicália and bossa nova-inspired guitar player refuses to be restricted by linguistic boundaries.

“If I could have any superpower, it would be to have an infinite mastery of all languages and have no barriers of communication with any person,” Adron says. “You feel like you’re tantalizingly close to sharing clear expression with someone from another culture. Language is so nuanced that I always feel like I have something else to learn, and that’s something I’m always craving.”

The 30-year-old singer, born Adrienne McCann, is fascinated with languages and the challenge of communicating stories through song. Aside from some high school classes, Adron taught herself French, Spanish, and Portuguese, all of which she stitches into her lyrics. She experiments with languages like they’re different instruments, in addition to strumming her nylon guitar strings and breathing life into easy-listening percussion.

In 2008, she released her first studio recording, Adron, followed by 2011’s Organismo. Her third full-length, Water Music, which has been long-awaited by ATLiens and other earthlings alike, drops August 17 via Tribo Records. After years of recording, scrutinizing, and rerecording, Adron is ready to make her grand reveal. “I wanted it to be a really powerful release,” she says. “It’s a powerful record, I think. We put so much work into it, and I wanted the release to be worthy of all of that work … I’m just excited to share all of it.”

In “Be Like the Sea,” one of the two singles released from Water Music, Adron takes command with ease. This shoulder-swaying tune, cradled by her sostenuto notes, beams with pastel light. “Your Habitat” leaps off a high-dive, echoing with muffled bells, into a chilled pool of dreamy jazz inflections. The album’s personnel hosts a who’s who of longstanding Atlanta music MVPs including percussion by Colin Agnew, keyboards by Chris Case, Rhett Huffman, and Martin Kearns, bass by Ryan Donald, Rob Henson, Robby Handley and Khari Simmons, electric guitar by Rick Lollar, vibraphone by Kevin Leahy, saxophone, contrabass clarinet by Taylor Kennedy, trumpet by Clark Hunt, and vocals by Adam Hoffman, Matt Lipkins, and Scott Schwartz of the Shadowboxers.

Adron’s songwriting builds on ’70s soul and R&B, ’80s contemporary pop, psych rock, and Brazilian jazz to create her own inspired sound. Among the musicians who have influenced her work most are Luiz Bonfá, Caetano Veloso, and the Beatles, all of which harness a quality that transports listeners back to the past. Adron follows this same musical flight path, stopping off to refuel at a tiki bar in a galaxy far, far away.

“I want to create a sense of supernatural place: An ultra-realized and ultra-beautiful environment,” she says. “I also want my listeners to feel a sense of possibility because I have so many more songs I’m getting ready to share with people. I want it to feel like my momentum is back.”

Like a smoothly gliding sailboat, her momentum is definitely back, with a natural flow. For a lady with such a fearless voice and a distinctive musical style, Adron admits she doesn’t have much of a process when composing a new song. “It always feels like an accident”, she says. “It’s always like, ‘Oops! I wrote a song!’”

She chooses her words humbly and honestly, and the steady movement of her music is no accident. She revels in a luscious note, and takes a full breath along the way, never wasting a single moment. This is how she lives day to day, even when she’s not performing or working on a new song. She explores hobbies at her leisure but likes to be productive at the same time.

“One thing I really like to do is download really nostalgic RPG video games in different languages and play them in French or Spanish or whatever for practice,” Adron says. “That’s a pretty groovy little hobby I have.”

Even with this, Adron’s gaze rests upon music.

“More than anything in the entire universe I love singing,” she says. “That’s my number one favorite feeling in the whole world. Everything else is just an excuse to sing. But I love language and traveling and art and video games and food and sex and sleeping. Everything is in service of music for me.”

Adron just wants to connect, with all sorts of people, places, and things. As she and her music have matured, she confesses it feels good to realize that she doesn’t have to be everything. She’s found her voice, and that passion alone has begun a fantastical, immersive, and infinite dialogue. 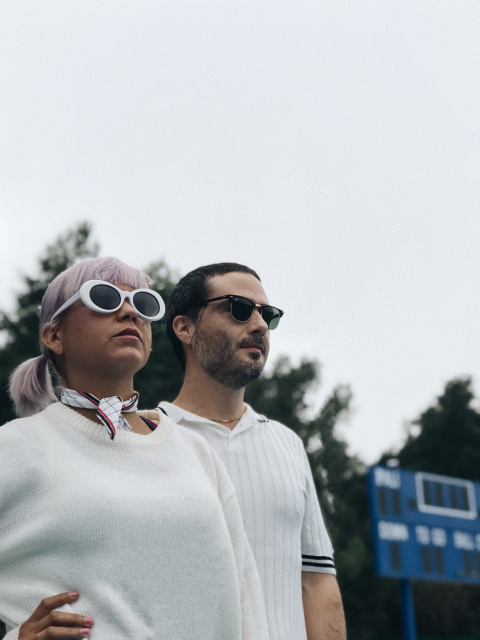 Dance the night away to cumbia house jams | more... 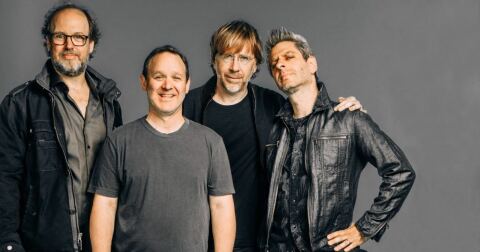 The jazz-rock outfit celebrates 35 years of moving to the groove | more... 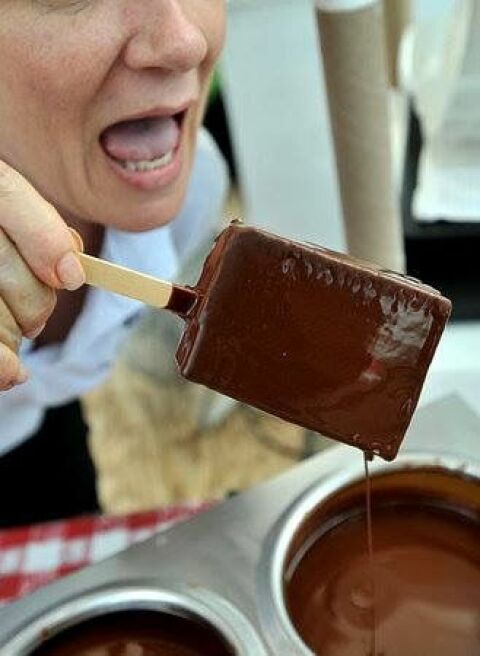 Have a taste of good old-fashioned family fun all day at Piedmont Park on July 28 | more... 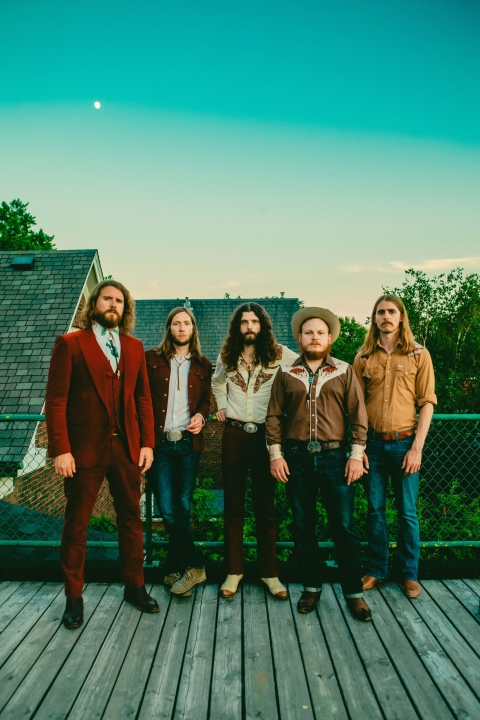 Wait no longer to slip into the Southern dreams of these Canadian rockers | more...