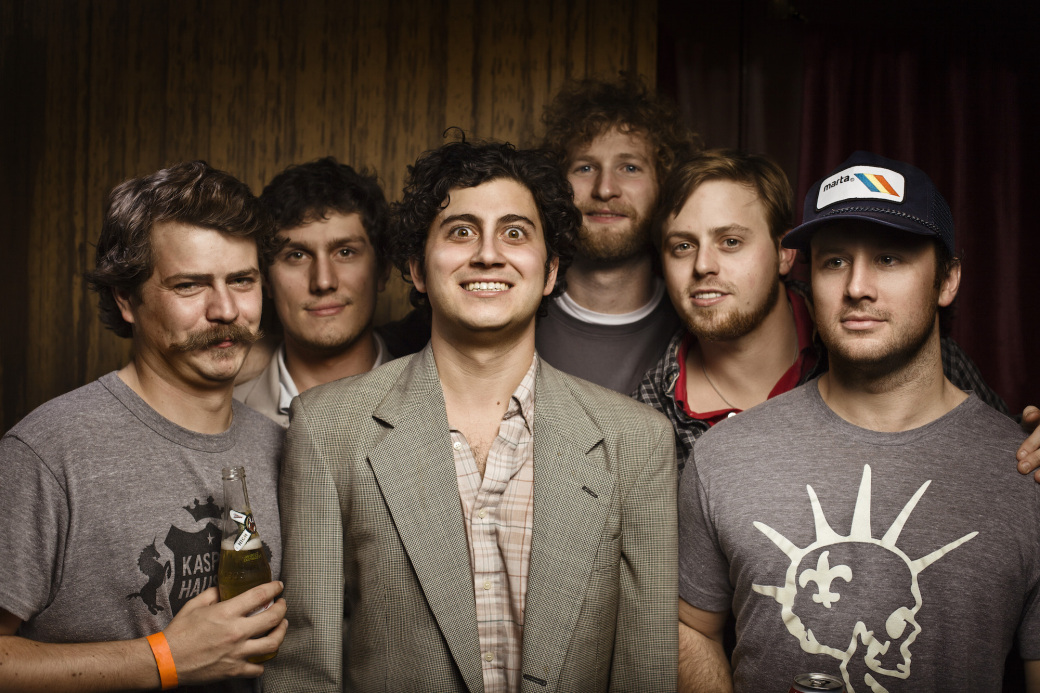 “Rob shows up with a guitar and says, ‘We’re in a band,’” says Michael Barnhart, who lived down the hall from Josephs at Loyola University in New Orleans. “I’m like, ‘Are we? I’m a happily retired 27-year-old musician. This is not really what I signed up for.’”

But the two started writing songs and playing open mics and discovering some pretty good chemistry. Josephs sang, Barnhart played mandolin, and they recruited other guys, including guitarist Paul Brandon, and another Loyola pal, bassist Lee Berg. It wasn’t long before they had a name: the Quaildogs. At first, they sounded like “an approximation of bluegrass,” Barnhart says. As they matured and got better, they settled into a punchy, ultra-melodic take on alt-country, a la the Jayhawks or late-era Whiskeytown with some of the Drive By Truckers’ Southern grit.

Seven or so years later, the Quaildogs are calling it a day with a celebratory farewell show Saturday night (Aug. 25) at Aisle 5. Along the way, they released a well-received album (The Getting Old Factory, which alt-country bible No Depression called “deliciously sharp”), toured across the eastern half of the U.S. and played the famous Bonnaroo festival in Tennessee.

And they had lots of good times.

“When we started playing, I wanted to headline Smith’s [Olde Bar and be behind that curtain when it opened up to a room full of people,” says Josephs, who is moving to North Carolina and getting married. “I didn’t have any concrete expectations besides that.”

And yet, Berg says, “when you’re sitting at your desk and you know that you’re playing Bonnaroo on Saturday, it’s kinda hard not to dream” about taking a shot at a music career. Instead, the Quaildogs focused largely on their hometown fan base, and now they’re closing up shop before the band becomes a chore.

“I don’t think any of us were delusional about what was going on around us, which was helpful because it kept us grounded,” Barnhart says. “But maybe if a couple of us were a little more delusional, we would’ve pushed a little harder.”

Josephs himself calls his engagement and move “the dagger,” but everyone acknowledges it had gotten a lot harder to schedule practices over the past couple of years. None of the Quaildogs have immediate musical plans. Barnhart hopes to record some of the band’s unreleased songs. Berg recently became a father. Josephs has another itch to start something new in North Carolina. And the three of them say they won’t be surprised if Brandon jumps right into a new band in Atlanta.

There have been other players along the way: Graham Terban. Marvin Moate. Current drummer Rob Lawrence. Barnhart’s brother Bobby, who helped write the songs. All the fans, of course. And the Atlanta music scene in general, Barnhart says, which always had a place for the Quaildogs to play. “There was never a shortage of opportunities for us,” he says. “We owe everything to the Atlanta scene.”

Now, there will be one more show on Saturday. One more night of rock ‘n’ roll, country, folk and soul, all wrapped up into one big rollicking crescendo. And then the Quaildogs head off into whatever’s next.

“Before Rob showed up with his guitar that day, I wasn’t ever planning on playing music again,” Barnhart says. “Now I’m back to square one, and square one’s a much more exciting place to be than the finish line.”